The Gaelic Athletic Association Part I 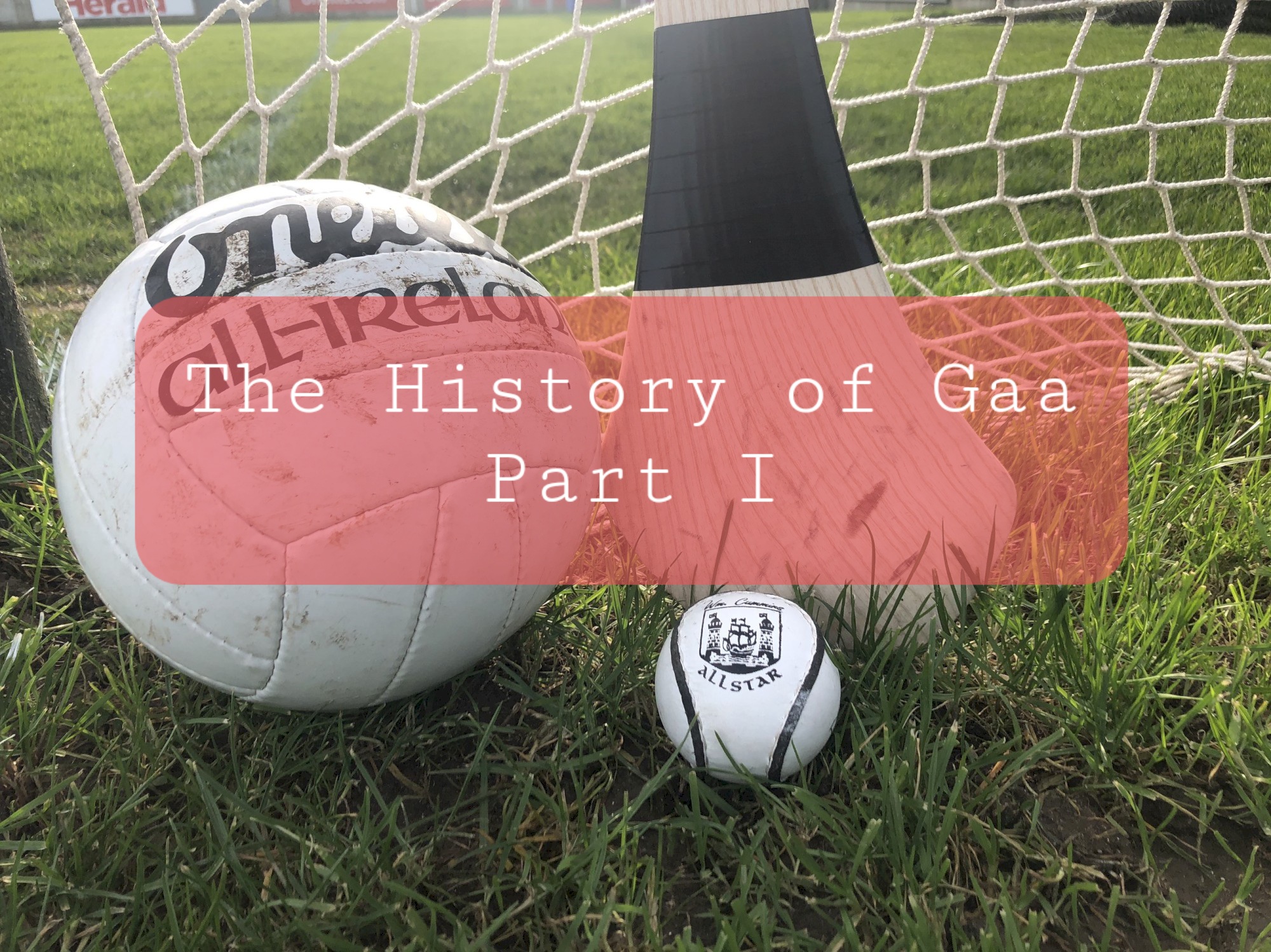 So the vast majority of you will be wondering what in the name of God is The Gaelic Athletic Association or GAA. Outside of my Irish friends on here and some well informed friends from USA, UK and most likely my good friend @handofzara, who is as well informed on Irish history, language and folklore as many Irish people I know. I'll get into what the GAA is shortly and give a brief history here in Part I. The scope of the subject matter is very broad, so I am planning to break it up into four separate parts I through IV.

PART I - History of the GAA 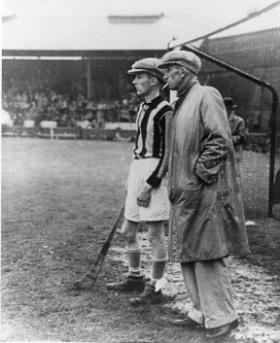 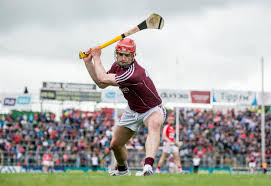 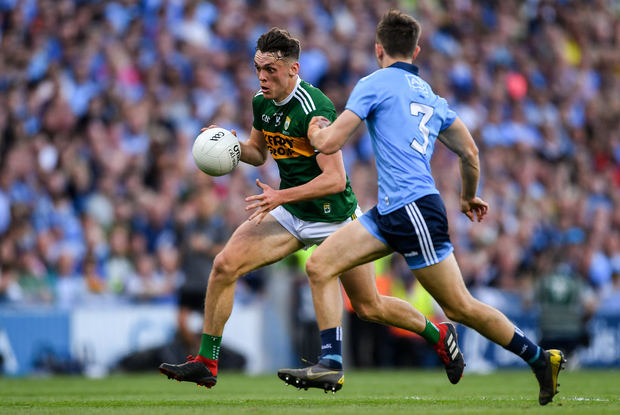 What is the GAA?

The Gaelic Athletic Association or GAA is an Irish amateur sports organisation. The main focus is on promoting and managing indigenous Gaelic games and pastimes. This includes Irish sports such as hurling, camogie, Gaelic football, Gaelic handball and rounders. It is much more than this though, it is a type of social glue that binds communities large and small together throughout our little country. You won't travel far on any day in any county without seeing a match in progress from Under 7s to senior level or young lads on a green having a few pucks (Passing a ball called a sliothar from person to person with wooden sticks known as hurleys)

The association also promotes Irish music and dance, as well as the Irish language which has enjoyed a welcome resurgence in recent times. Gaelic football and hurling are the most popular activities promoted by the GAA and I will dedicate a later post to each sport.

Where did it all begin? 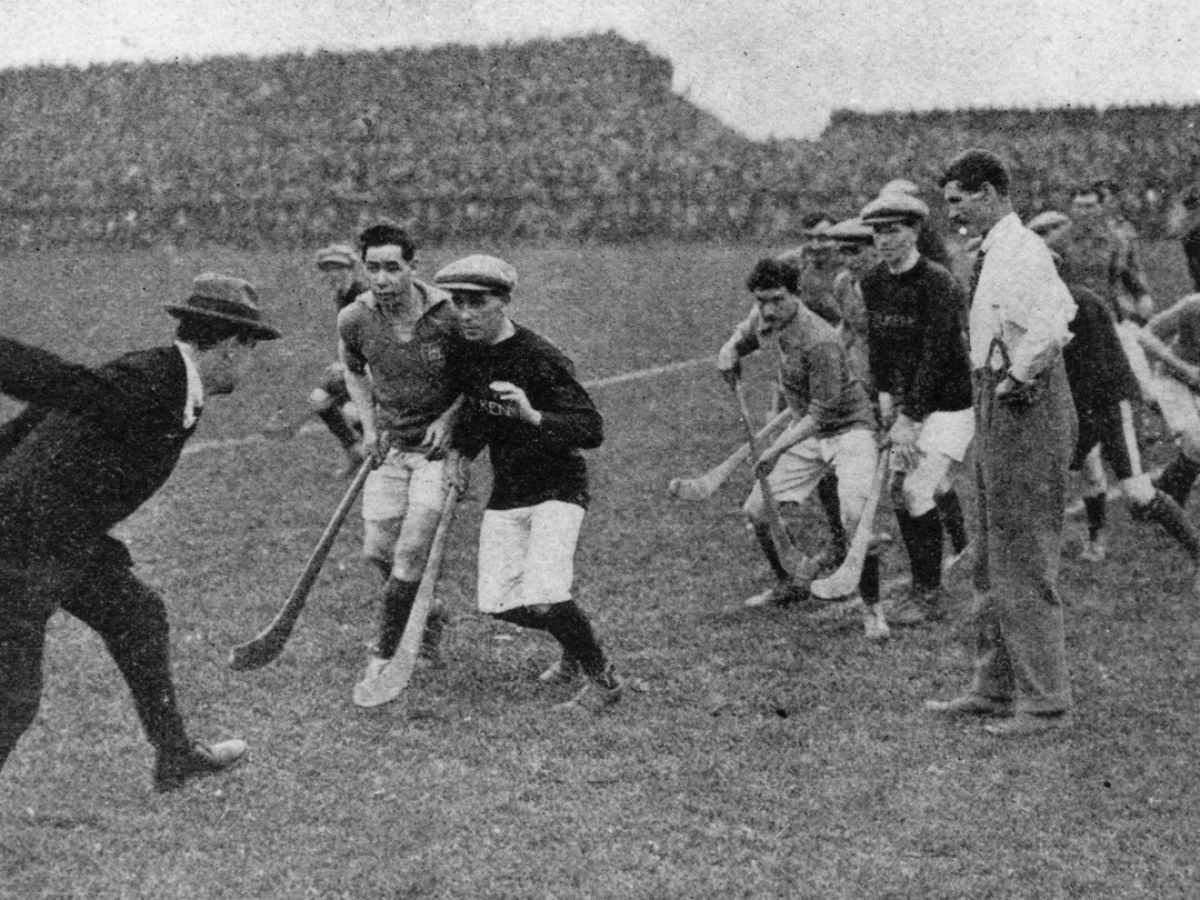 The year was 1884 and the location was the snooker room of Hayes Commercial Hotel in Thurles, Co. Tipperary. A small group of men, believed to be somewhere between seven amd fourteen met at the hotel and formed The Gaelic Athletic Association for the Preservation and Cultivation of Irish National Pastimes.

This foundation meeting of the GAA was the by product of many months work by Cusack and Davin. The activity included a meeting in the Galway town of Loughrea of a group of local athletic enthusiasts and included Cusack and the Bishop Clonfert Father Duggan, who is said to have recommended Archbishop Croke of Cashel as a patron of the proposed body. Croke was a central figure to the start of the association and I share a letter below which he wrote to Michael Cusack in 1884 accepting an invitation to be a patron to the GAA. Both men are extremely well known, at least by name, as the main stadium for finals is called Croke park in remembrance of Father Croke and one of the stands is called the Cusack stand in honour of Michael Cusack. 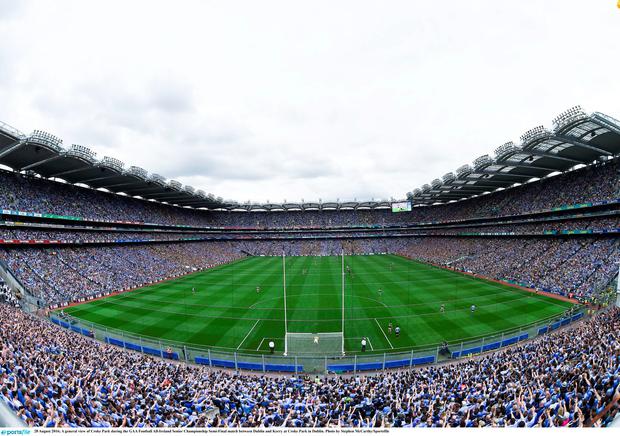 My dear Sir—I beg to acknowledge the receipt of your communication inviting me to become a patron of the ‘Gaelic Athletic Association’, of which you are, it appears, the honourable secretary, I accede to your request with the utmost pleasure.
One of the most painful, let me assure you, and, at the same time, one of the most frequently recurring reflections that, as an Irishman, I am compelled to make in connection with the present aspect of things in this country, is derived from the ugly and irritating fact that we are daily importing from England not only her manufactured goods, which we cannot help doing, since she has practically strangled our own manufacturing appliances, but, together with her fashions, her accent, her vicious literature, her music, her dances, and her manifold mannerisms, her games also and her pastimes, to the utter discredit of our own grand national sports, and to the sore humiliation, as I believe, of every genuine son and daughter of the old land.
Ball-playing, hurling, football kicking, according to Irish rules, ‘casting’, leaping in various ways, wrestling, handy-grips, top-pegging, leap-frog, rounders, tip-in-the-hat, and all such favourite exercises and amusements amongst men and boys, may now be said to be not only dead and buried, but in several localities to be entirely forgotten and unknown. And what have we got in their stead? We have got such foreign and fantastic field sports as lawn-tennis, polo, croquet, cricket, and the like—very excellent, I believe, and health-giving exercises in their way, still not racy of the soil, but rather alien, on the contrary, to it, as are, indeed, for the most part the men and women who first imported and still continue to patronise them.
And, unfortunately, it is not our national sports alone that are held in dishonour, and dying out, but even our most suggestive national celebrations are being gradually effaced and extinguished, one after another, as well. Who hears now of snap-apple night, or bonfire night? They are all things of the past, too vulgar to be spoken of, except in ridicule, by the degenerate dandies of the day. No doubt, there is something rather pleasing to the eye in the ‘get up’ of a modern young man who, arrayed in light attire, with parti-coloured cap on and racket in hand, is making his way, with or without a companion, to the tennis ground. But, for my part, I should vastly prefer to behold, or think of, the youthful athletes whom I used to see in my early days at fair and pattern, bereft of shoes and coat, and thus prepared to play at hand–ball, to fly over any number of horses, to throw the ‘sledge’ or ‘winding-stone’, and to test each other’s mettle and activity by the trying ordeal of ‘three leaps’, or a ‘hop, step, and a jump’.
Indeed, if we continue travelling for the next score of years in the same direction that we have been going in for some time past, contemning the sports that were practised by our forefathers, effacing our national features as though we were ashamed of them, and putting on, with England’s stuffs and broadcloths, her habits and such other effeminate follies as she may recommend, we had better at once, and publicly, adjure our nationality, clap hands for joy at sight of the Union Jack, and place ‘England’s bloody red’ exultingly above ‘the green’.
Deprecating, as I do, any such dire and disgraceful consummation, and seeing in your society of athletes something altogether opposed to it, I shall be happy to do all that I can, and authorise you now formally to place my name on the roll of your patrons.
In conclusion, I earnestly hope that our national journals will not disdain, in future, to give suitable notices of those Irish sports and pastimes which your society means to patronise and promote, and that the masters and pupils of our Irish colleges will not henceforth exclude from their athletic programmes such manly exercises as I have just referred to and commemorated.—I remain, my dear sir, your very faithful servant.
T. W. Croke, Archbishop of Cashel.

From simple and humble beginnings in 1884, the GAA has grown to be the most popular sport in Ireland (attendance) and is played across the length and breadth of the country from islands to cities and everywhere in between. Here are two of the most scenic pitches I've played on: 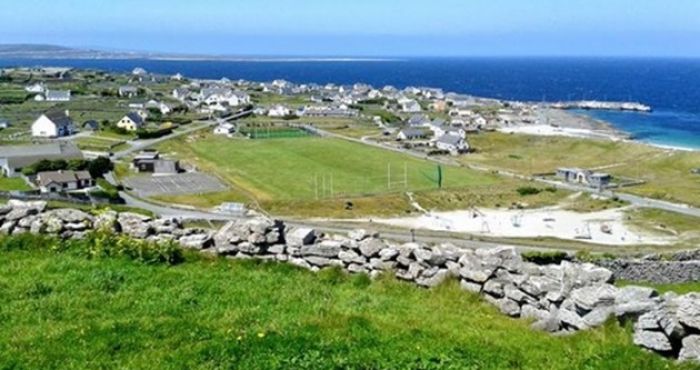 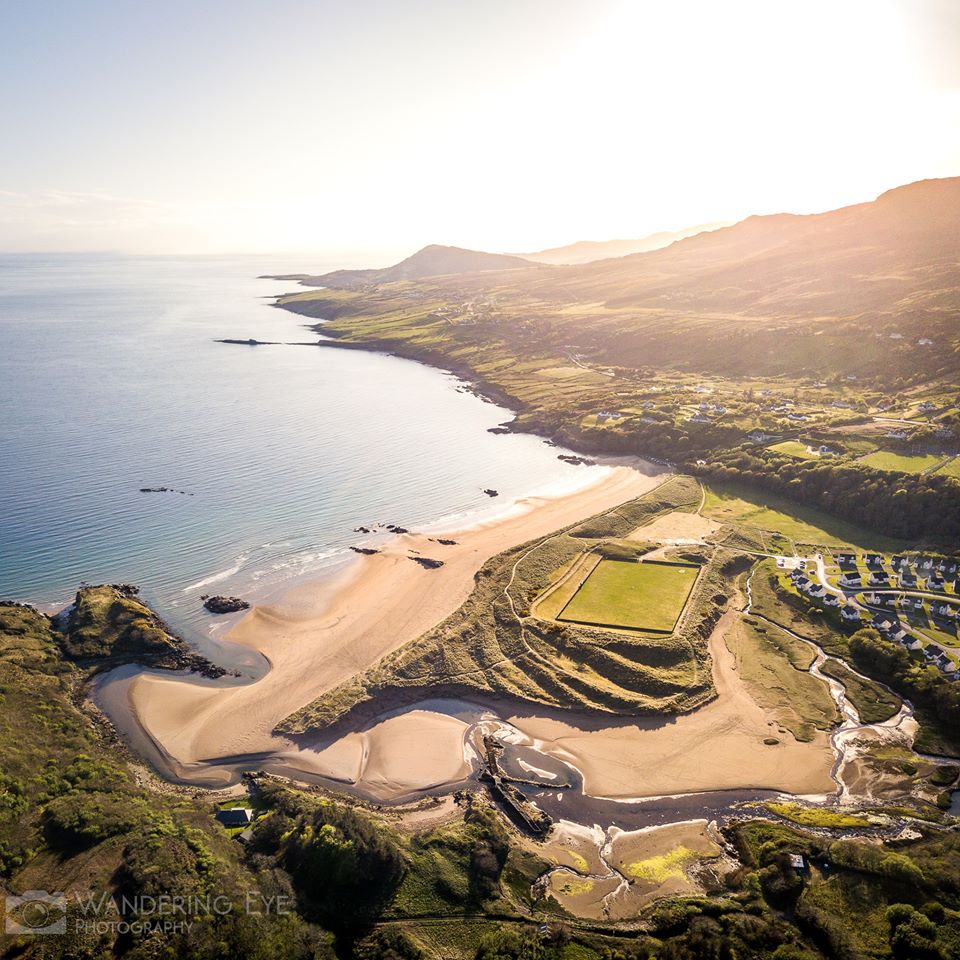 That's it for this part I, join me again soon for part II when I tell you all about the best sport in the world, Hurling. Until then, mind yourselves, take it easy, and if ya get it, take it twice.

The photos used throughout this post are not my own and were sourced here:

I take it that is where Croke Park gets it's name from Dr Croke. Those are definitely great pitches to play on but rather open to the elements being both coastal. I bet the wind blows hard and it would matter which side you play first as there is definitely a game of two halves happening here. Great post and look forward to the others as this is seriously interesting.

Yes, your spot on, Croke park is indeed named after Father Croke, who was a great patron and one of the founders of the association.

I played during the summer and even then the onshore breeze was a major factor. Wintertime would be a different ball game altogether. They are such scenic locations though, oncr you get a chance to appreciate them.

Mon Tipperary!!! A CAT MANAGING GALWAY ??? Get away oura that.

It could be a dog managing us and I wouldn't care, so long as we win the All Ireland.. Hon Galway!!! 🇶🇦🇶🇦

Hard to look beyond Limerick for the next few years though, serious team and the hunger is still strong.

Yeah they are a serious team.