This one was a tough one because my phone's screen is dead. I know, it's the third one this year, but this time it wasn't my fault, I swear.

The guy who fixed my phone's screen a few weeks ago pasted it incorrectly and I (and he) noticed the irregularity, so when I mentioned it he said he'd have a new one next week to set it correctly and to avoid any issues, and that he would assume the cost because it was his mistake. I was feeling good that day, and I asked if it was absolutely necessary and if it would cause any issues with my phone, the answer was no so, I didn't want him to spend the money there because these people struggle to go by.

But the thing is, a couple of days ago my screen broke out of the blue and I was angry as hell, I called the guy, explained the situation and he said he'd have the screen by this saturday. The screen works, it just works when it wants to and for no more than 3 seconds at a time, in order to write or select something I need to constantly turn the screen off, block the phone, unblock it and open it, and that will last for a couple second before going bananas on me.

That's why I post on Actifit like this (no image, only kkkkkk, and no description nor anything) and then edit the post through my laptop. I can open actifit and start counting my steps just fine but that's about it.

So, no story today, but here's a picture of my girl's dogs for you to be jealous of me. 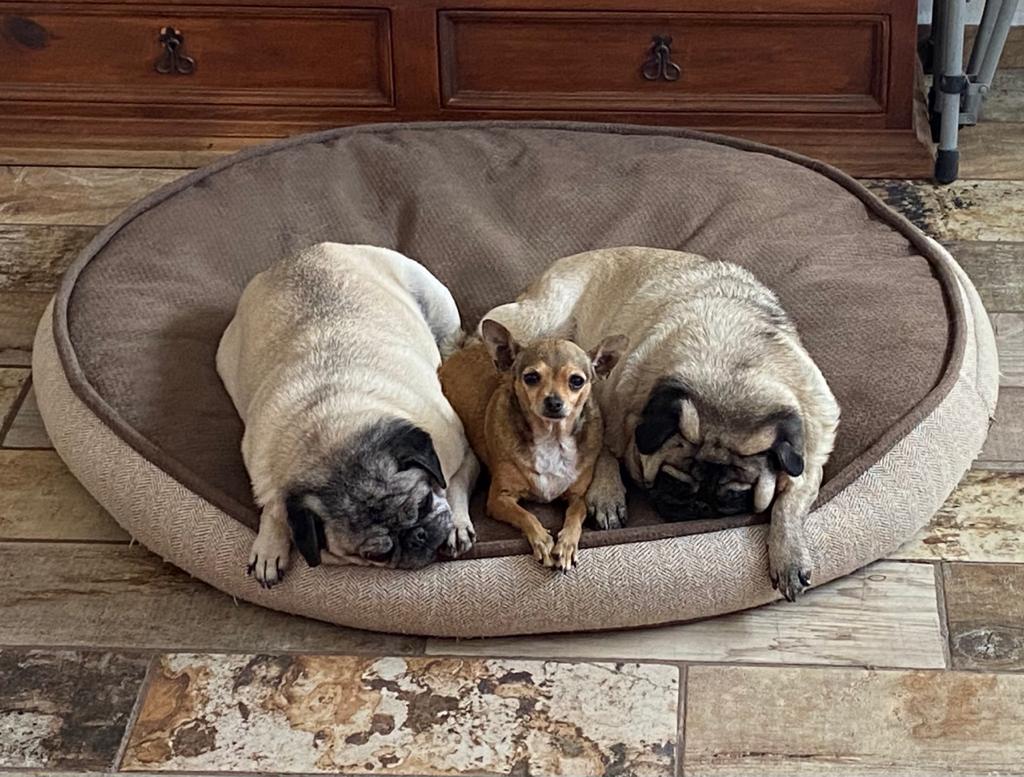 Using a phone with a broken screen can be very frustrating, talk less of a dead screen. I can only imagine what you're going through. It's good that you found a way around it.

Your hands are so dangerous!!!
LOL

Thx for the tip of posting and editing afterwards on laptop!!

You have been rewarded 52.01 AFIT tokens for your effort in reaching 8306 activity, as well as your user rank and report quality!
You also received a 1.33% upvote via @actifit account.