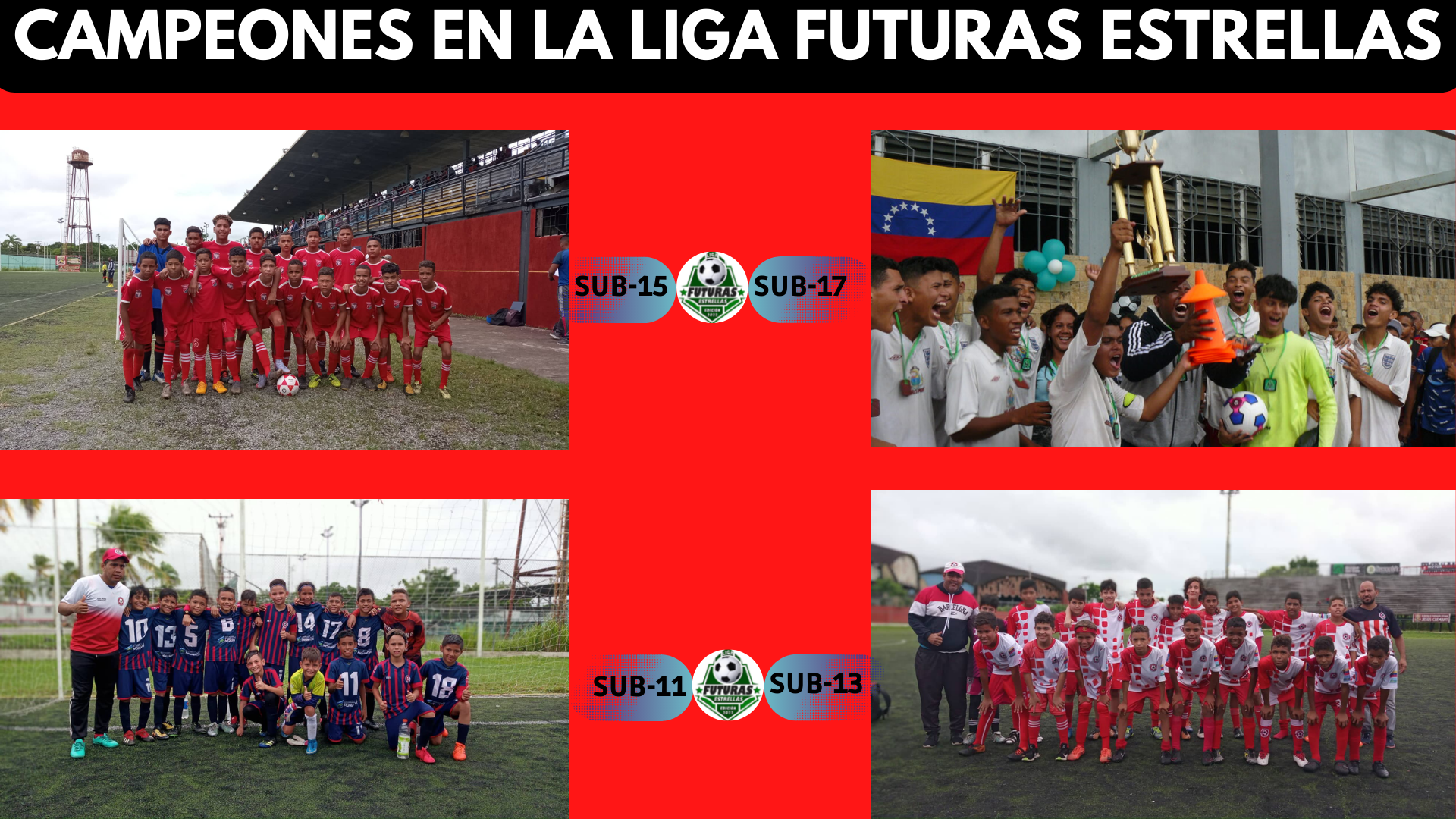 This Sunday, July 10, 2022, the four finals of the second edition of the Futuras Estrellas League were played at the Alexander "Comanche" Bottini Stadium, in Maturin, starting at 9:30 in the morning (Venezuelan time).

In the U-11 category, they played: Fundación Mejía vs Deportivo Herrera Cova.

Likewise, in the U-13 category, the final was played between: Fundación Mejía vs Fundación Atlético La Línea.

Likewise, in the U-15 category, the final was played between: Atletico Caripito vs Atletico Morocoima.

Finally, in the U-17 category, the following teams played against each other: Fundación Atlético La Línea vs Deportivo Maranatha.

These were unmissable finals where the excitement of the fans of each club could be felt from the very first game.

In addition, as a sample of this, the support received by the U-15 and U-17 categories. The fans and the people present did not stop cheering for their team.

With these four finals, the second edition of this championship has ended. For me, it was a real pleasure to be able to bring you the incidents of this tournament.

In this new video for my @threespeak channel, I added:

Video edited from my phone, with the CapCut application.

Videos of my authorship.

The music I use in this video.

Images used in the Intro:

Note: The music used for the Intro comes from the free CapCut editor.

Yay! 🤗
Your content has been boosted with Ecency Points, by @omaira74.
Use Ecency daily to boost your growth on platform!