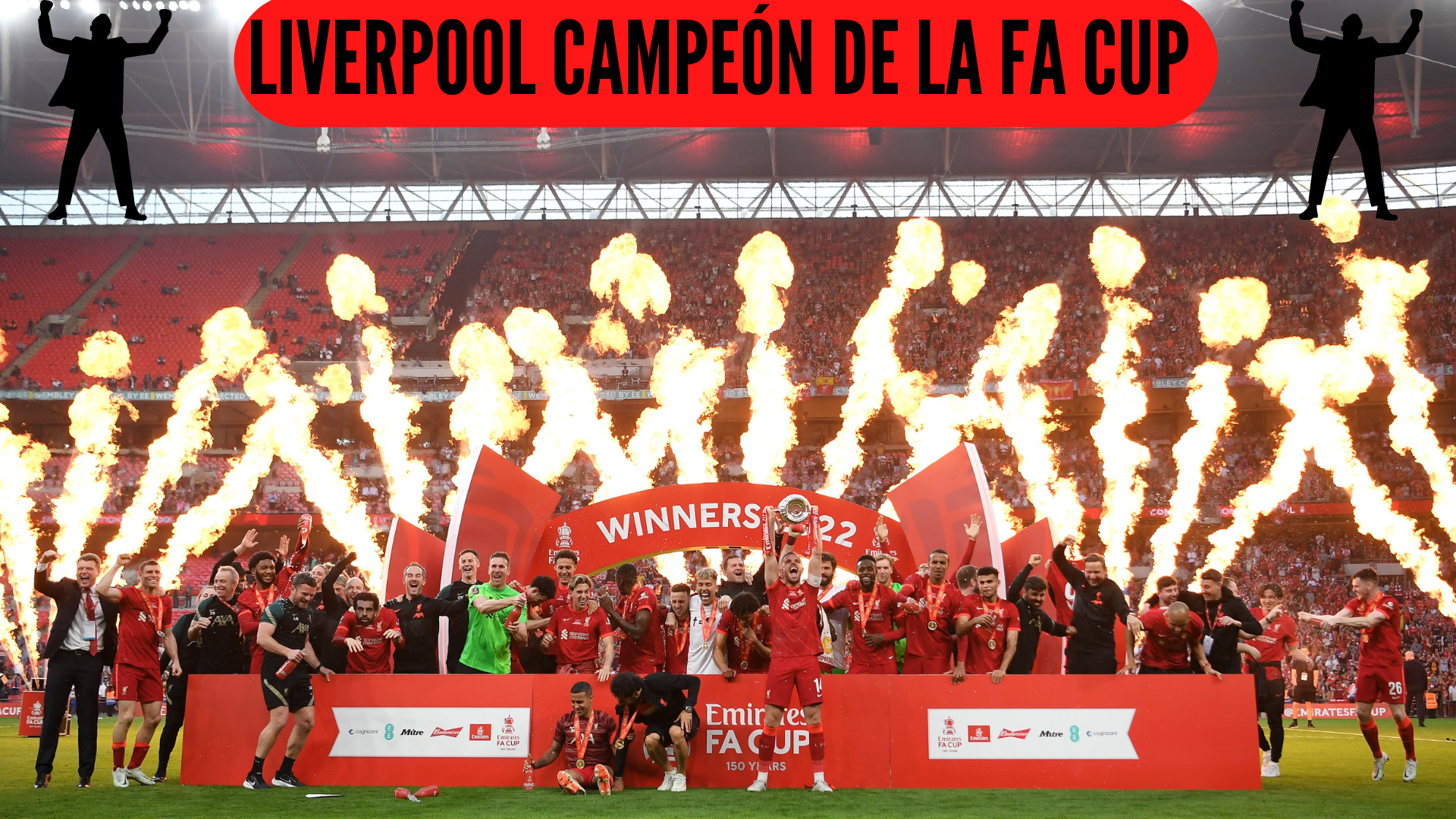 This Saturday, May 14, 2022, the final of the Football Association Cup (FA Cup) between Chelsea Football Club and Liverpool Football Club took place at Wembley Stadium, where there were many emotions in both goals.

Of course, the refereeing was in charge of Craig Pawson, who is 43 years old.

Everything was ready for the first 45' minutes to start, and with this, the passion and conviction of both clubs in search of the first goal.

What happened in the first half?

In the first half, Liverpool Football Club had the most dangerous chances. Total dominance and huge projection of the Colombian Luis Fernando Diaz, who with freedom of movement brought out his good dribbling skills on a couple of occasions to leave the central defender, Trevoh Chalobah, in the way.

Likewise, the speed of the counter-attacks turned the match in favor of the red team, taking advantage of the fact that Chelsea Football Club was in disarray and without ideas of play in the midfield.

In that sense, they only had to take refuge and wait for a mistake in the midfield, to attack in that line with Mateo Kovačić, Mason Mount and Christian Pulisic.

And fortunately for Thomas Tuchel's side, the first 45 minutes ended in a goalless draw.

And what can I analyze?

From my sporting analysis, I think that the team that wore the yellow jersey did not have to field a line of three defenders.

Luis Diaz, took advantage of the spaces given by Chalobah in several passages of the game and faced him with his impeccable dribbling towards the middle or in opportunities with speed on the sides.

Chelsea Football Club was lucky and fortunate that Jürgen Klopp's team could not define the plays that remained inside the small area. 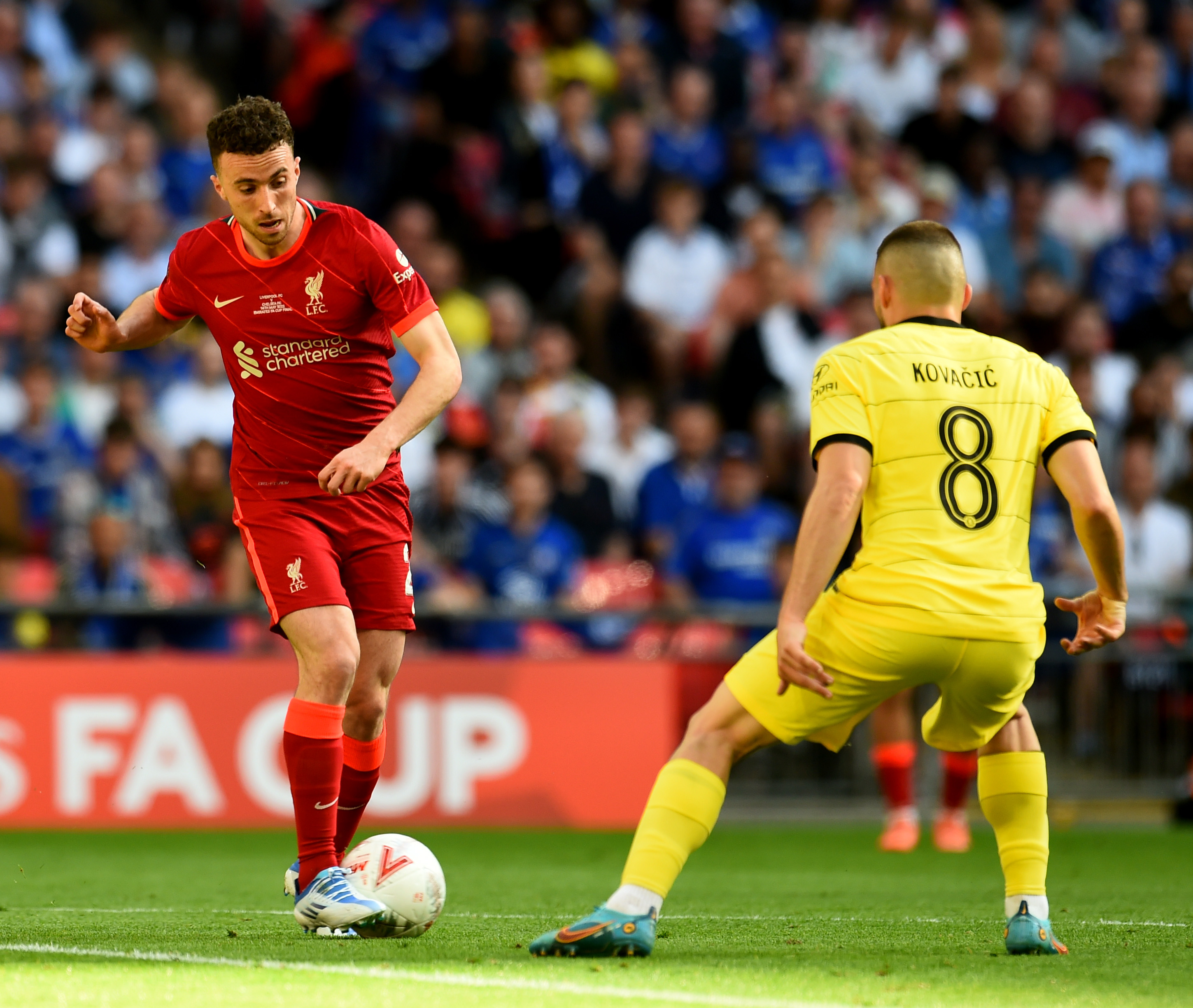 An electrifying second half, in which Chelsea Football Club took control of the match and began to take the lead in possession of the ball. Evidently, with the diagonals of Marcos Alonso and Reece James, who constantly projected themselves with the option of danger to Alisson Becker's goal, goalkeeper who showed security.

Similarly, in the second half, four changes were made:

These four players ended up entering in the second half, in order to neutralize, give more solvency in defense and midfield.

Is there an opinion?

Undoubtedly, Tuchel's team adjusted the pieces, showing a different face in my opinion.

Also, it seems to me that when Mohamed Salah left the pitch and Diogo Jota came on, the Reds went down in terms of generating play and relentless attacks up front.

Luis Diaz, was the lone player who complicated the defense commanded by the experienced Thiago Silva.

Even so, the 90' minutes ended with a goalless draw, and with this, extra time. 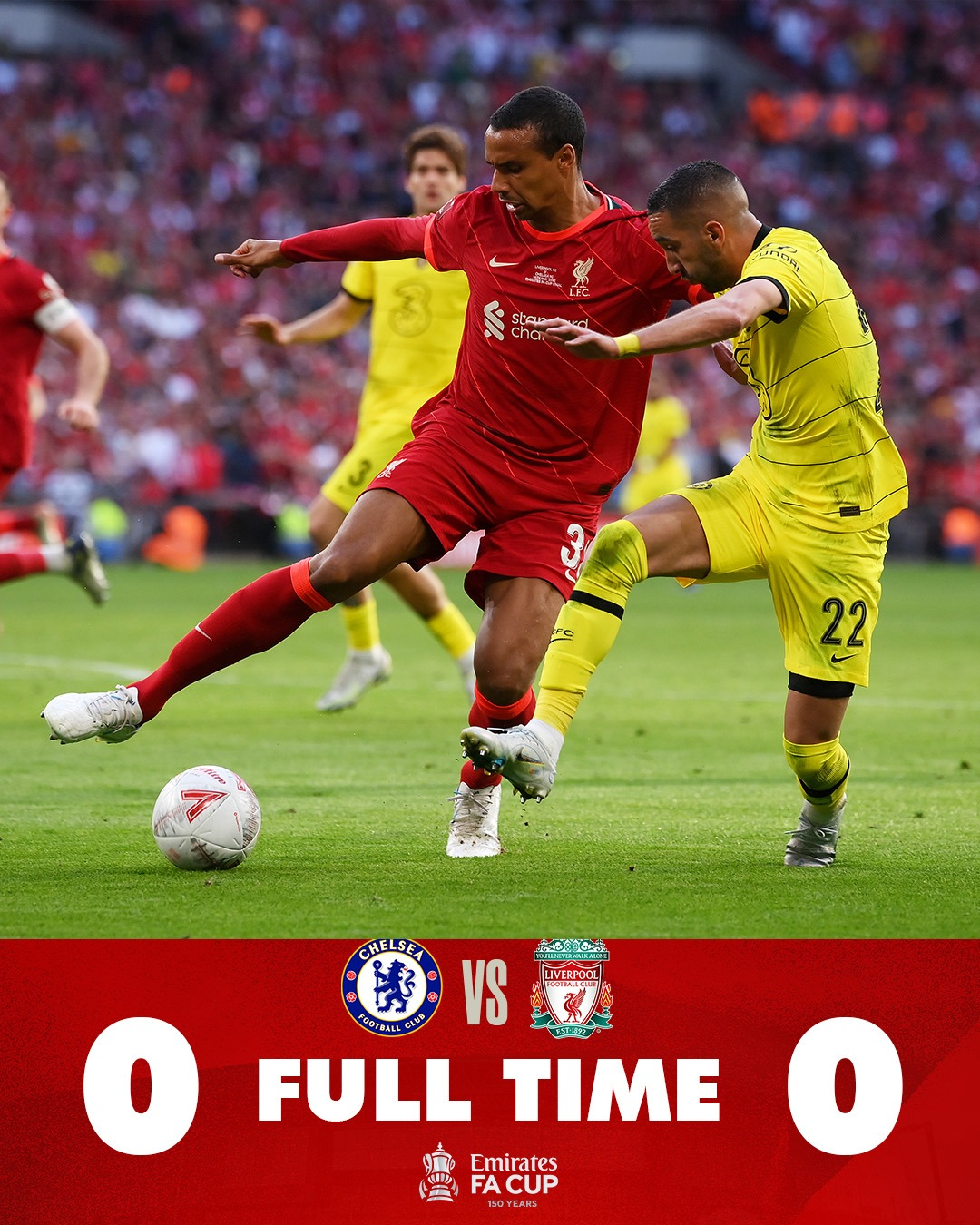 After 90' minutes, it was time for extra time. Nerves were high in both teams, as the slightest mistake would cost them dearly.

The first 15' minutes of the extra time ended 0-0 and in the other 15' minutes the scoreboard did not move for nothing in the world, noting that they longed for the penalty shootout at any cost, as it was the only option to know the team that would win the title.

And this is my analysis

As for my analysis, I can think that the coaches went in search of the game in the half hour. Unfortunately, the score didn't come, because I think the teams were careful and knew that penalties were the only valid option to know the champion. 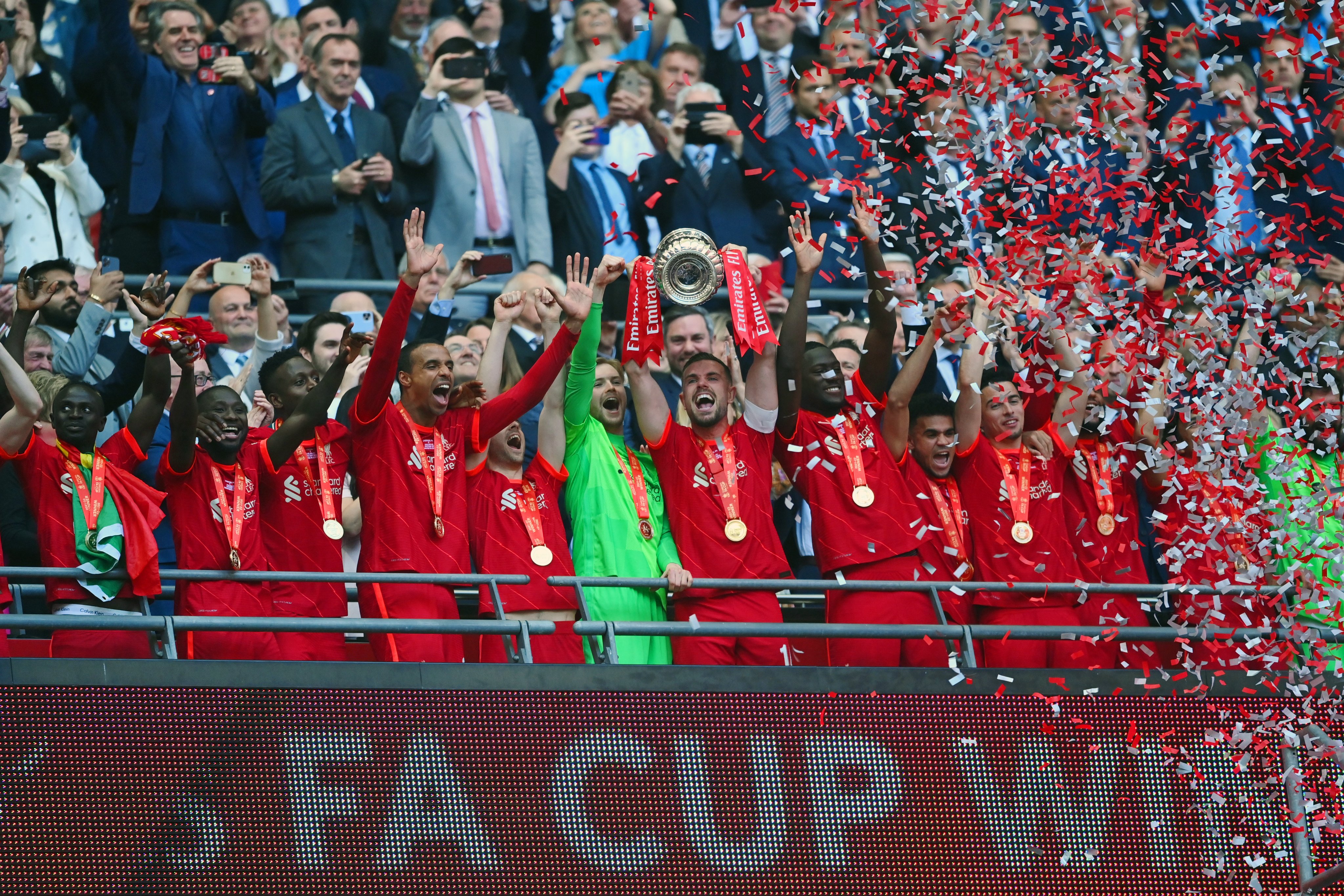 Penalties? Yes! Penalties awaited us and for both clubs it was vital to win this championship, especially for Chelsea Football Club, who we know were eliminated by Real Madrid Club de Fútbol in the UEFA Champions League.

Who won the FA Cup?

The FA Cup was won by Liverpool Football Club by 6-5.

Although we know that it's not about deserving, but about scoring goals, for me, Jürgen Klopp's team were the clear winners.

They kept calm despite so many plays that they could not finish and took advantage of their potential from the 12 penalty kicks, where the Brazilian goalkeeper Alisson Becker grew up and showed his spidey reflexes.

And tell me, What will happen from now on for Liverpool Football Club? Will they win the Champions League? How will the League end for them?