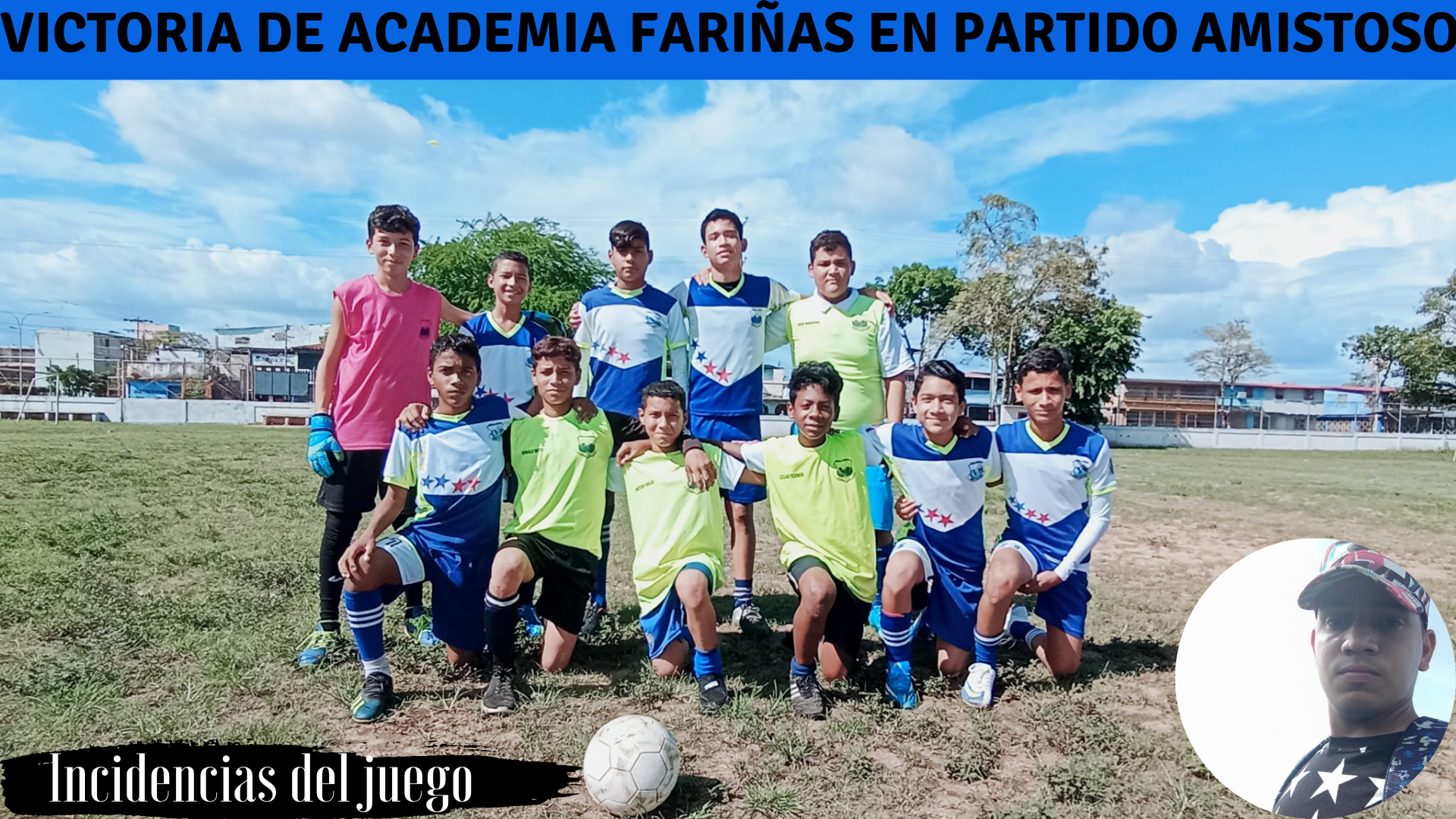 This Thursday, June 16 of this year, Academia Fariñas played a friendly match against the team, 23 de Enero in the U-15 category, at the Fariña Field.

On the other hand, the match started at 3:00 in the afternoon (Venezuelan time).

Also, it was a quiet game from the incidents of the commitment and where at the beginning many balls were lost in the middle of the field.

Why this friendly game?

Academia Fariñas, is preparing to face the Quarter Finals of the Future Stars League against Atlético Morocoima in the U-15, and that is why this friendly game, with the purpose of preparing the game and watching some players, others.

In this sports material for my @threespeak channel, I posted videos of:

Video edited from my phone, with the CapCut application.

Photos and videos of my authorship.

Images used in the Intro:

Note: The music used for the Intro comes from the free CapCut editor.