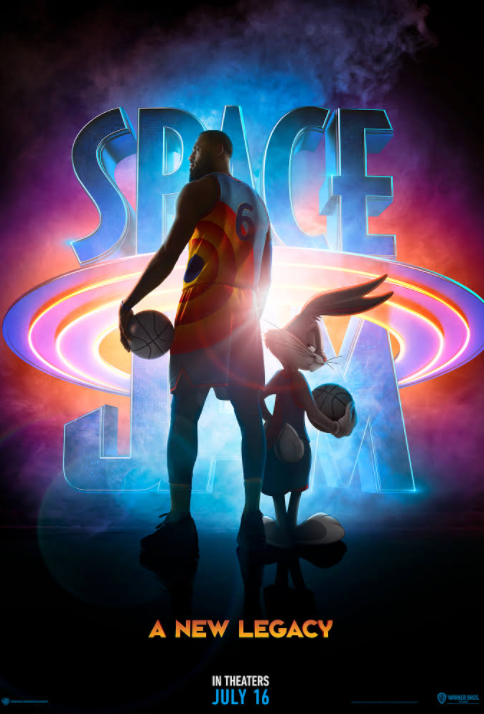 Today i watch the space jam movie while running on thread mill. If you have watch previous Space Jam by Micheal Jordan , you ll also gonna love this movie. This movie is mix of cartoon fantasy with real world character . It's a good movie to watch with the family .

The story begin with Lebron childhood where he being teach and told focus on basketball for his future. He learn by get rid all the distraction like video games , he can become successful in basketball. He actually become the great basketball player , entrepreneur and family man. He try to teach his son , Dom the way he grew up by focusing on basketball but his son love video games. He is a genius and has almost successful making character for his own video games.

Until one day , Lebron and his son Dom has being abducted by Ai G Rhythm into virtual server. Ai G Rhythm make Dom fight with his father in basketball. Dom didn't know that his father has to win the game to save him and his father. Before the game begin , Bug Bunny has help Lebron to assemble his team to fight Dom team. While the family fighting each other, Dom and Le Bron start to understand their mistake and at the end , they fight Ai G Rhythm together.

I hope you a great weekend and have a great day.

I used to watch the old space jam so often, we have our uncle's HBO Max account on our TV, I might give it a watch tonight!

HBO has been on fire lately - I cannot wait for the new Suicide Squad and to see it at home instantly is great.

Same here , cant wait to see the new Suicide Squad. I heard they release this month

im consider anime freak and i has watch most of the anime that related to sport . But , space jam is way cool because the insert real human into animation . Space jam is one of my fav since MJ .

Great review... but I could not disagree more.

The whole movie felt like WB was trying to show off their other franchises and relegating the Looney Toons to a lower tier. Plus, I hate the "upgrade" to their appearances for the game but that's probably just me refusing to accept modern animation over the greats.

Same here , thats why i still prefer watch japan anime . But , i still give thumb up for them that do all the hard work to making the "upgrade" cool. It takes a huge hard work