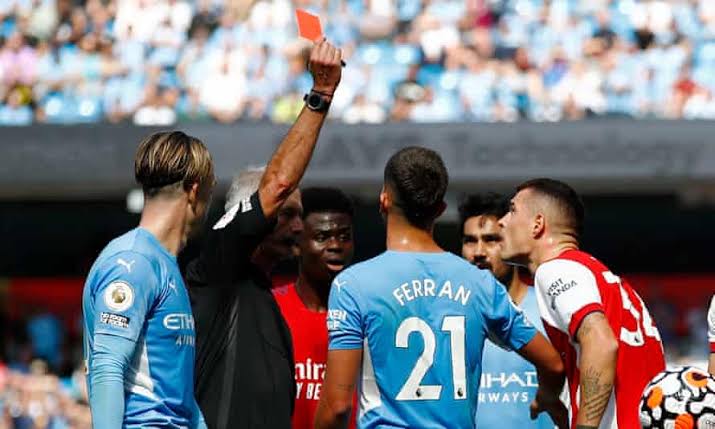 Arsenal was taught a bug lesson In the Match against Manchester City as they lost 0-5 in the third round of the Premier League 2021-2022 season, after the defeat Arsenal recorded their 3rd consecutive loses which keep them on the last position. Arsenal had started the season with a 0-2 defeat to Brentford and Chelsea, so even before the City match, the London team was under pressure as they are also looking to sack Mikel Arteta if he doesn't amend in the coming games.

Arsenal defense is totally a disaster in the Manchester City game as they were unable to hold the pressure mounted on them by Guardiola men, Arsenal needed to work on the defense and get q good defender that could hold pressure. five of their defender Kieran Tierney, Sead Kolasinac, Rob Holding, Calum Chambers, Cedric Soares that are estimated to be £55 Million is a price of one defender at Manchester City.

The spoiler of the match was Granit Xhaka who received a red card after 35 minutes of the first half and Arsenal just keep taking more goals.

At this point, they need help seriously.