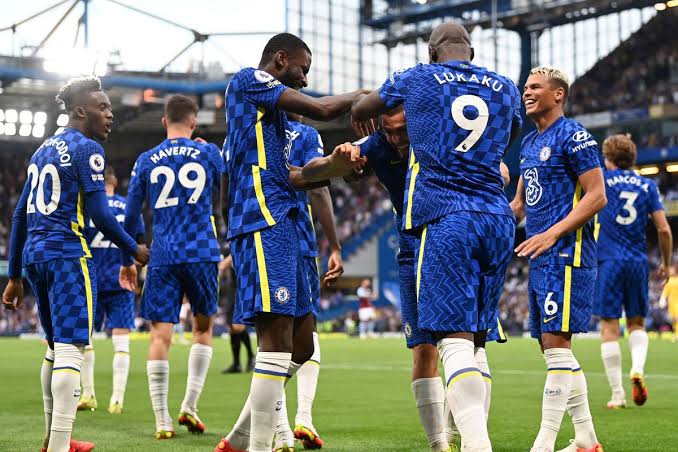 It was a great performance for Thomas Tuchel men at the Stamford Bridge this evening, Chelsea outclassed Aston Villa and beat them 3-0 in the round 4 of the English Premier league, after the victory Chelsea quickly moved up to the second place behind Manchester United to continue their unbeaten for this season. Chelsea have won 3 games and 1 draw so far and was also able to keep 3 clean sheets.

In the beginning of the match Chelsea was without Ngolo Kante due to minor injury but he was taken over by the Spanish Niguez Saul who made a switch to the English Football on the transfer deadline, also Chelsea are without Reece James due to the red card he took in a match against Liverpool before the International break. Saul Debut was not an impressive one because he made so much error in the first half which nearly cost Chelsea but all thanks to the defenders who are always available to clear the mess.

Romelu Lukaku again Continue with his good form since his return and Score the opening goal from a beautiful pass given by Matteo Kovacic which resulted to a goal, the match was not easy in the first half as Aston Villa never gave Chelsea chances to breathe, but the first half ended with a lone goal. After the first I believed there was a lot of talking from Tuchel to the players who really changed the game in the second half with couples of Substituted players.

Matteo Kovacic scored an early second half goal from a back pass error made by Aston Villa defender but it turns it to goal to make it 2 goals, later before the stoppage time Romelu Lukaku scored from an assist by Cezar Azpilicueta and put Chelsea ahead with 3 goals. Chelsea are scheduled to play against Zenit Saint Petersburg at Russia on Tuesday to begin their Champions league competition.

Lukaku performance today was just wow, Chelsea should keep this intensity up.