The match yesterday between Kv Mechelen and Standard didn't exactly play out as I hoped it would even though the defensive intentions from the start clearly were there for Standard. I should have gone for Mechelen +0 1H which was my other big lean on this match but went with the braver under option taking somewhat higher stakes which dropped me -0.8 units. Hopefully, this will just be a small bump on the road (one of the many) and I'm moving on to today where there are 4 more matches to cover... 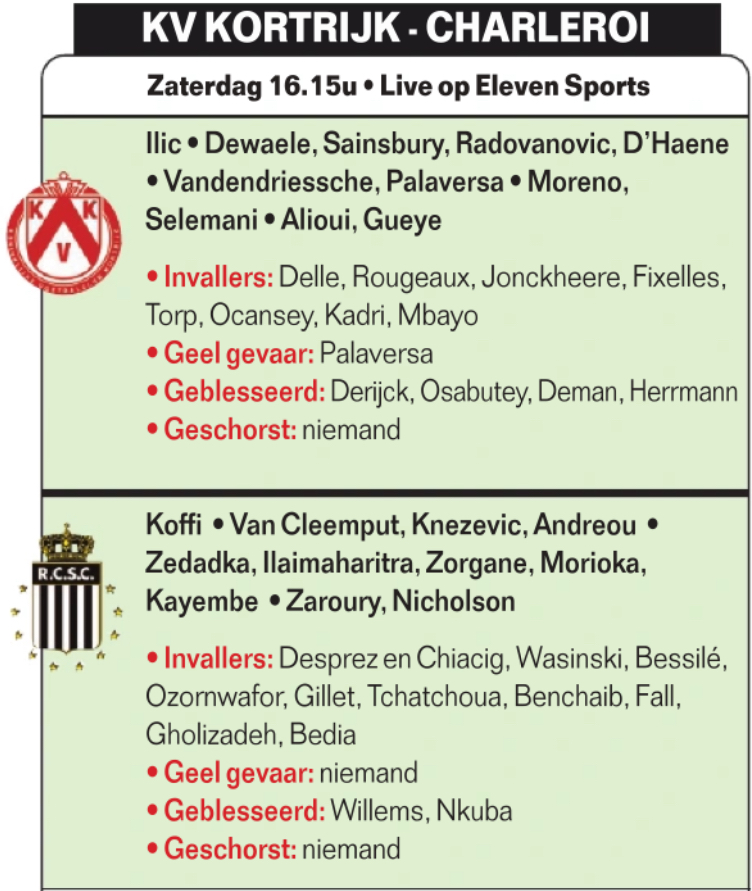 Kortrijk has been an ok team so far this season being ranked in the mid-table where they belong. They played a 2-2 draw last week in a match against Zulte-Wagregem where the -0.25 closing line they got was spot on based on both teams matched up and Kortrijk could have won. They have shown to be capable defensively while at the same time willing to go forward at the start of their matches. Charleroi is currently 12th in the league being only 1 point behind on Kortrijk and they are coming of 2 losses. They deserved more against Mechelen even though they didn't manage to be dangerous enough after getting behind. The same deal was the case in their home match against Club Brugge which was lost in the last minute by 0-1. Overall they have impressed me more than Kortrijk and I get why this match is set at a +0 line despite Kortrijk playing at home and Charleroi being lower in the rankings coming off 2 losses. Based on what these 2 teams showed so far they should play forward from the start without leaving things open on the defensive end. Charleroi is generally high in corners having gone over in 8 of their 9 matches so far. Kortrijk however is less overish on corners going 5-4 so I'm staying away for now. With the line being set at +0 and both teams probably not being all too unhappy with a draw which seems the most logical result, I did put 0.25 units on Draw @ 3.661 which has odds just about high enough to make it worth the gamble for me. I also took a beer bet in crypto on Wagerr.com with 250 WGR on Draw @ 3.640. The under also somehow remains a valid option for me but I'm waiting anticipating a start of the match where both teams show offensive intentions. 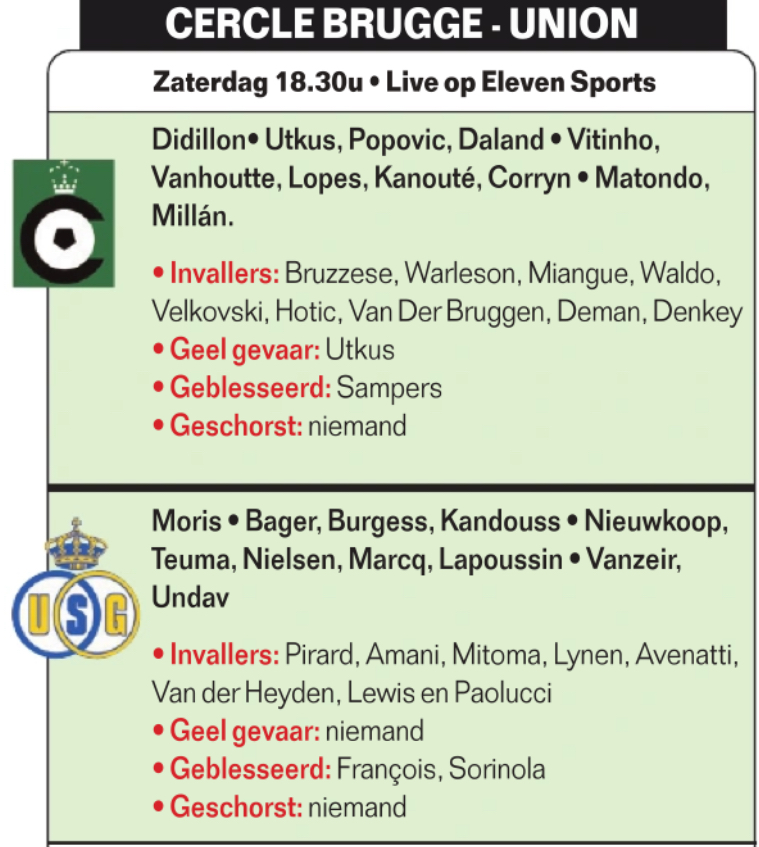 Cercle Brugge is 3rth last in the league right now after narrow losses against AA Gent and Eupen but their overall level of play has not been that bad especially away from home where hey are 3W-1.5L vs the Asian handicap whereas at home they are 0W-3.5L. Their coach Vanderhaege tends to play more open in home matches and more defensive in away games similar to his time in Kortrijk. Union remains one of the best teams in the league and has been very consistent in their performances never really disappointing even in the matches they didn't manage to win. The market somewhat overreacted in the expectation of this team very early in the season which now seems to have come down to a point where I'm much more comfortable backing them. I do think to the total line is set too low as Union always managed to create a ton of chances in their matches. Both teams also have a high 1H goal ratio. I did spit 0.75 units evenly between 1st Half Over 1 @ 1.88 | Over 2.5 @ 1.925 | Union Team Total Over 1.5 @ 1.850. 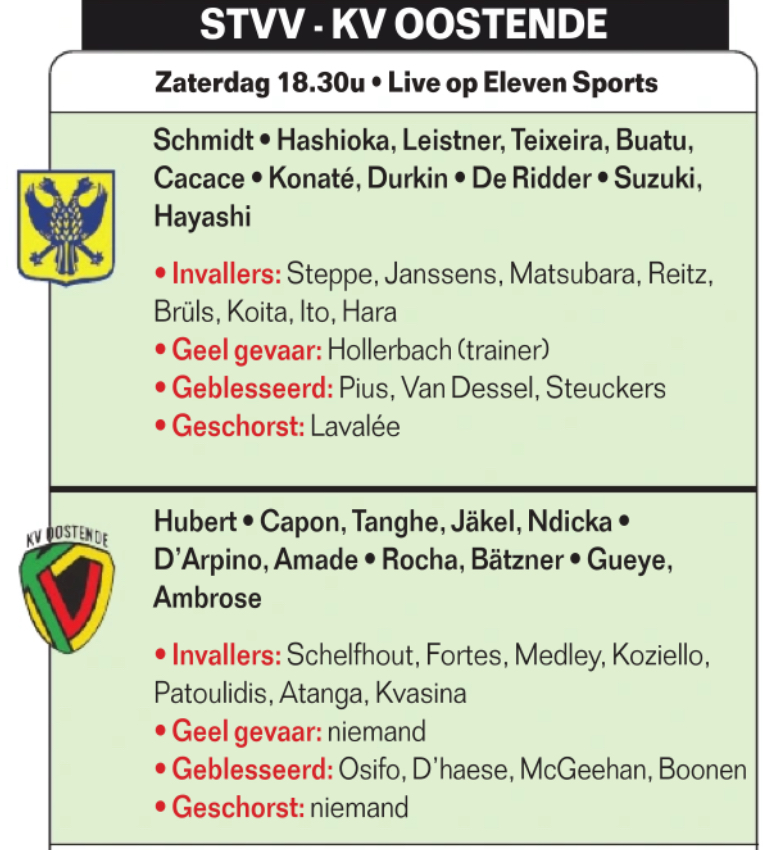 Sint-Truiden has been quietly ok in the past couple of matches and are on a good run winning 3 of the last 4. At home they always have an advantage due to the artificial pitch and their offense is stronger compared to the start of the season. The main angle I have on them is to bet 1st halves under as they tend to stay closed in defense and are very much capable of doing this. Oostende took a 2-2 draw at home against Anderlecht where they took a flattering 2-0 lead and were unable to keep that being dominated by Anderlecht who played with 10 vs 11 in the entire 2nd half. The main fact remains that Oostende just lost all their best players of last season who are hard to fully replace. They are despite the circumstances holding up pretty well though. I did take a small 0.25 unit pre-game position on 1st Half Under 1 @ 2.128 as I see Stvv once again playing their counter-style. The pre-game line looks about right and I'm slightly leaning toward Oostende since it always has to be played and -0.5 in this matchup is unlikely to be an easy cover for the home side. 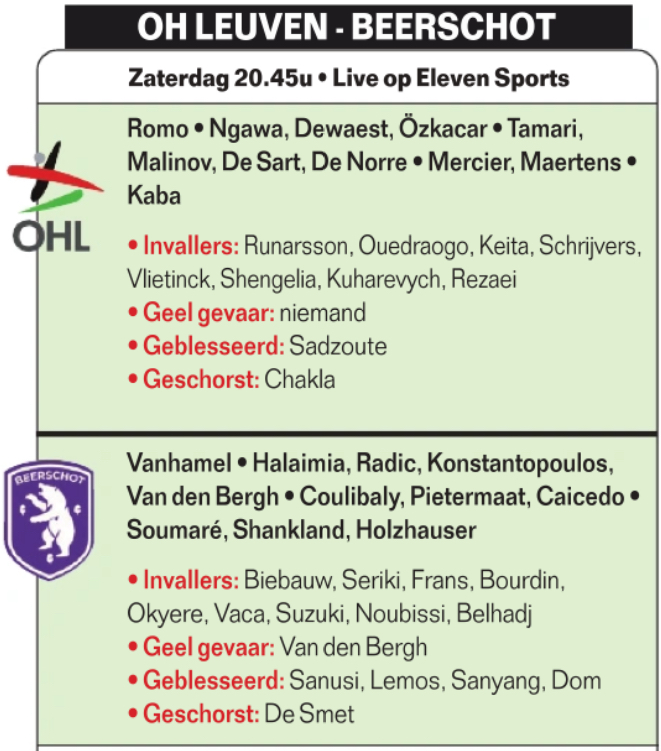 This is a match between the 2 teams on the bottom of the ranking even though there are 7 points between them. Leuven has not nearly been as bad as Beerschot as they took a fair 1- draw last week against Club Brugge. They tend to have a difficult time when having to make the play which showed in the match against Mechelen. Beerschit on the other hands has been a wreck making stupid avoidable mistakes time after time again while being able to create very little themselves. Last week in the first match of their new coach they screwed themselves by taking a red card early on leaving them without a chance. What usually happens when there is a new coach for a bottom team is the defense set right and I do expect them to play on the counter today. With 21 matches to go and many teams, not everything is lost yet for Beerschot even though with the quality they lack it's always going to be difficult. I see the chance bigger of this one being a match where both teams are going to take no risks defensively instead of both going all-in from the start. The first goal likely will be the hardest if Beerschot doesn't give it away once again that is. I don't shy away from taking more brave bets and took 0.25 units on 1st Half Under 1.25 @ 1.907 which I see as too high odds.