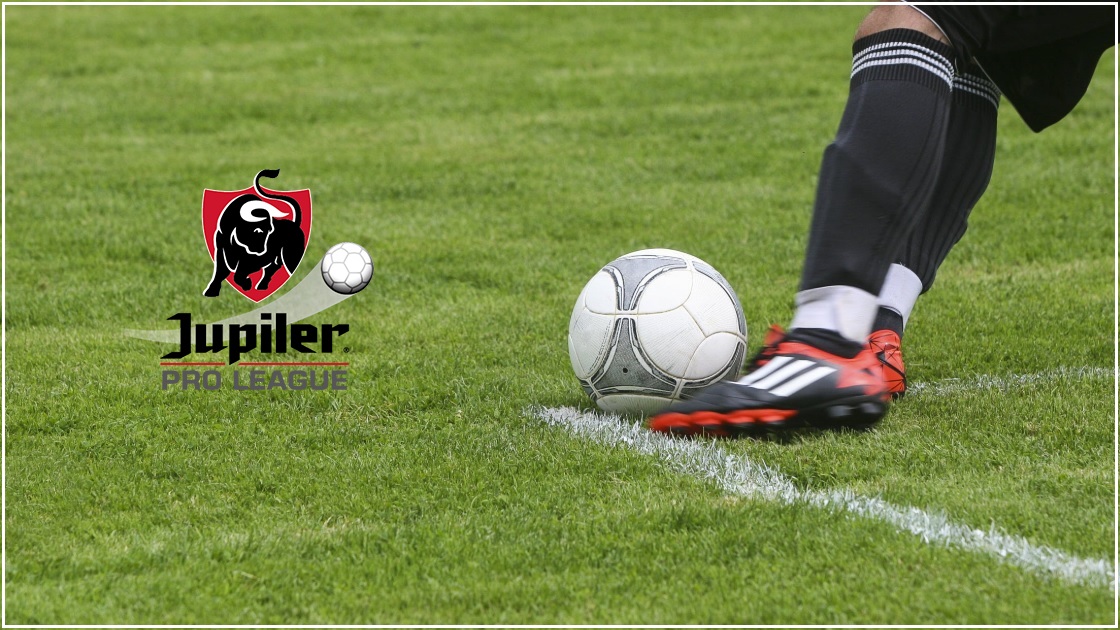 It was a pretty straightforward match yesterday with a scenario where the smaller team started with a lot of enthusiasm surprising the Big team who didn't get in trouble. Club Brugge took over in the 2nd part of the 1st half scoring the 0-1 and 0-2 to have a match where energy conservation was what it mostly was about. I did take a small in-game bet on the Under 4 at Half Time which turned out in a fairly easy winner I should have taken more on. 4 matches again on Saturday... 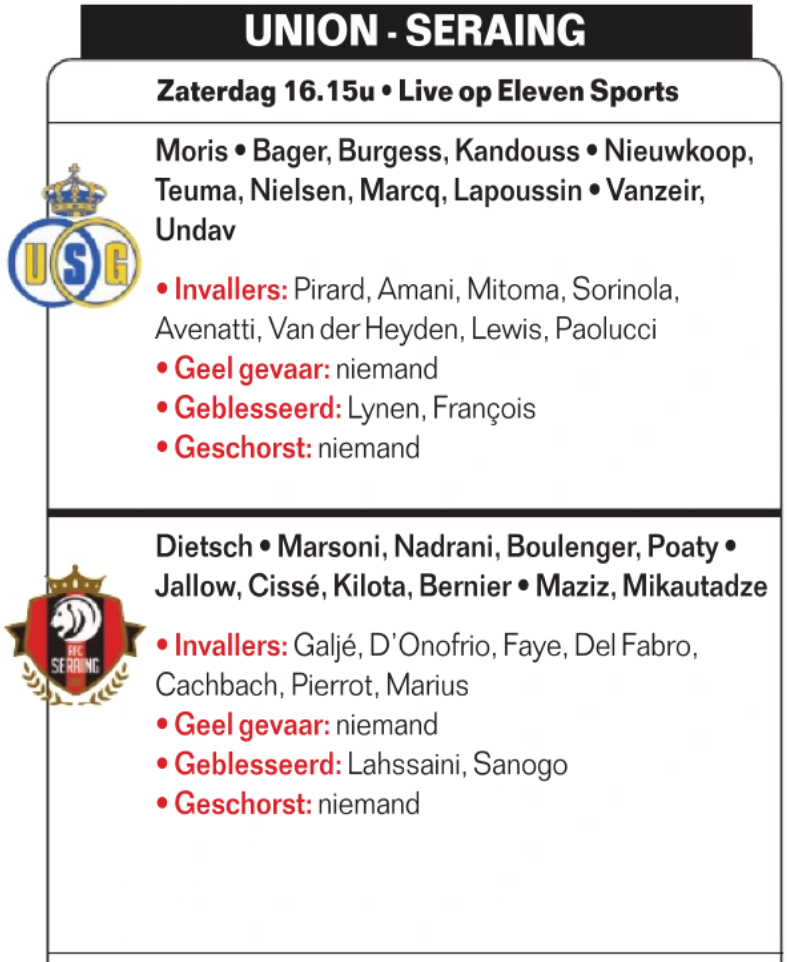 Union remains one of the best playing teams so far this season. They however barely managed to beat the handicaps that were assigned to them as they started out overly adjusted. Right now, the market seems to have found a good middle ground putting them as big favorites without exaggeration. They are the team that can be most relied on not to have an off day. Seraing has been doing surprisingly well especially at home. They won with 5-1 against a really poor Zute-Waregem where they were freely able to put in counter after counter. The match picture today should be Union taking the initiative going forward while Seraing goes their chance on the counters. Seraing is an under away team while Union is an under home team and the Under 3.25 line in a way is tempting even though these kinds of matches too easily still can turn into goal fests as Union is a team capable of covering the line on their own. Union against non-top-teams at home want 10-2 | 11-4 | 10-7 in corners (5-3 | 4-2 | 6-1 in first half) while Seraing away on average loses the corners by 3.6 corners. I do expect a match where Union is in a much better spot to create corners and the handicap line based on the stats looks quite soft. I'm looking to get in when the limits increase and more offers are available in-game for the asian bookies. For now, I'm taking a crypto bet of 1000 TRX on Union 1st Half Over 2.5 Corners @ 1.510 as the 'safe option' over at wink.org 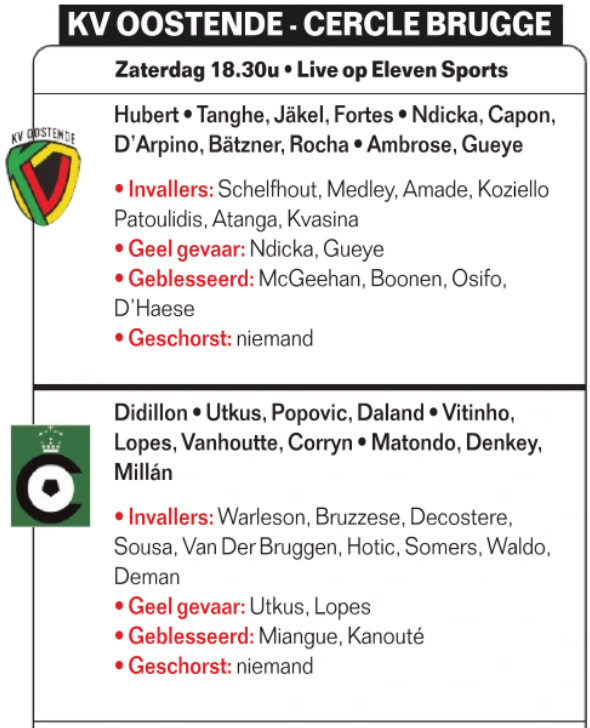 Oostende so far has had a difficult season after losing all of their best players but they are holding up quite well overall still narrowly beating their Asian handicaps. Their last 2 matches were not that good though so I'm not willing to get in on them just yet. Cercle Brugge has been putting up some good performances in their 4 most recent matches despite losing 3 of them and they generally hve been a good away team. The odds are just a bit too low for me but if they get above 1.80 for the +0.25 line I likely will take some on them. Cercle away usually plays more defensive. No pre-Game Bets 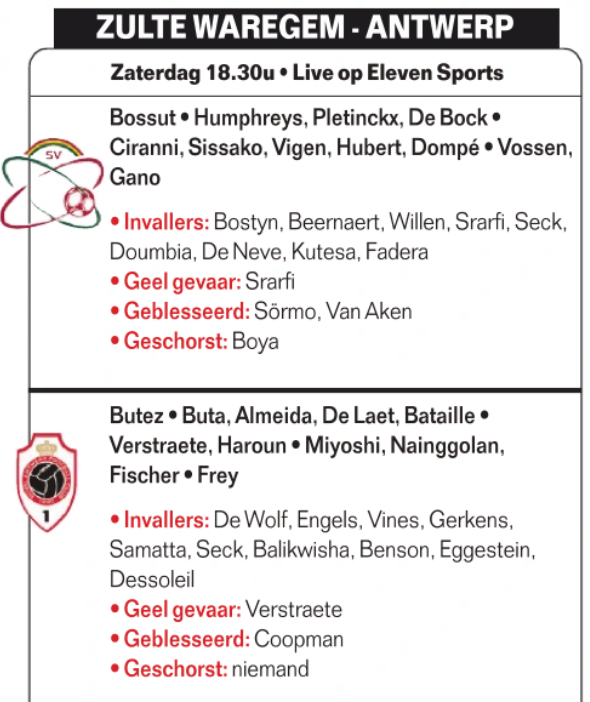 Zulte-waregem put up the worst performance of any team so far this season with the 5-1 loss against Seraing. Especially at home, they have not managed to get anything going, and their coach who has been on for a long time in his last year now is under fire. Antwerp has been a team that has taken the points in many matches where it didn't look all too good. They should however have a lot more quality in their team. They continue to rule the corners standings now having gone 10W-0L on 10 corners or more in their matches. The line has been adjusted by now to Over 11 and the question is if that is enough. Antwerp is the obvious play given the player quality and the form of the last couple of matches. It's not really hidden and lines are set to it while there is always a possibility for a reaction while Antwerp has yet to convince in their play. Antwerp isn't the team that wins the most corner matchups (they never won away from home) while Zulte lost 4 out of 5 at home so I'm skipping on the corners over this time. No Pre-Game Bets 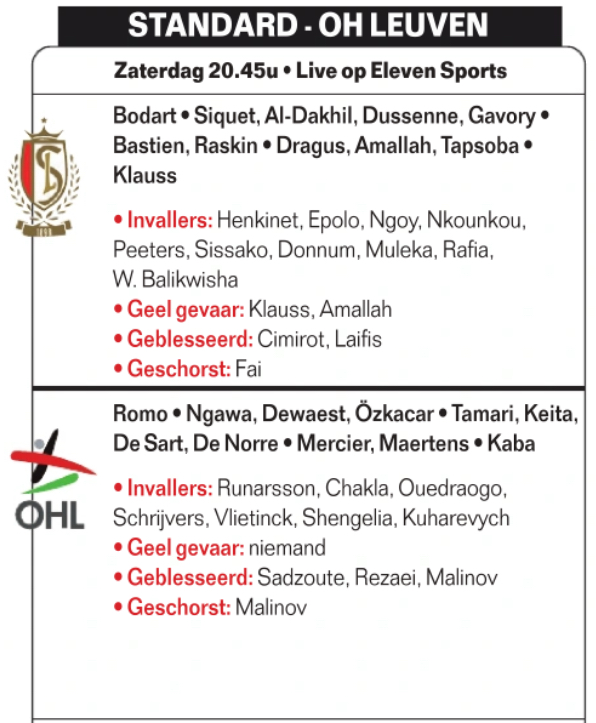 Standard has not been able to convince this season despite taking the points early on in the season. They fired their coach Leye recently who got his chance mainly because they lack money to pay a more expensive coach. Elsner from Kortrijk now is their new coach which might cause a temporary shock effect. The fans were quite mad during their previous match which they lost without chance with a 3-1 score gainst Mechelen but the home support usually is still impressive. With the new coach, I do expect the fans to be a positive factor today. OHL is also having a difficult season being in 3rd last place now but things have improved a bit with 2 draws in their most recent matches. too many unpredictable factors today in this match for be to be willing to get involved. No Pre-Game Bets