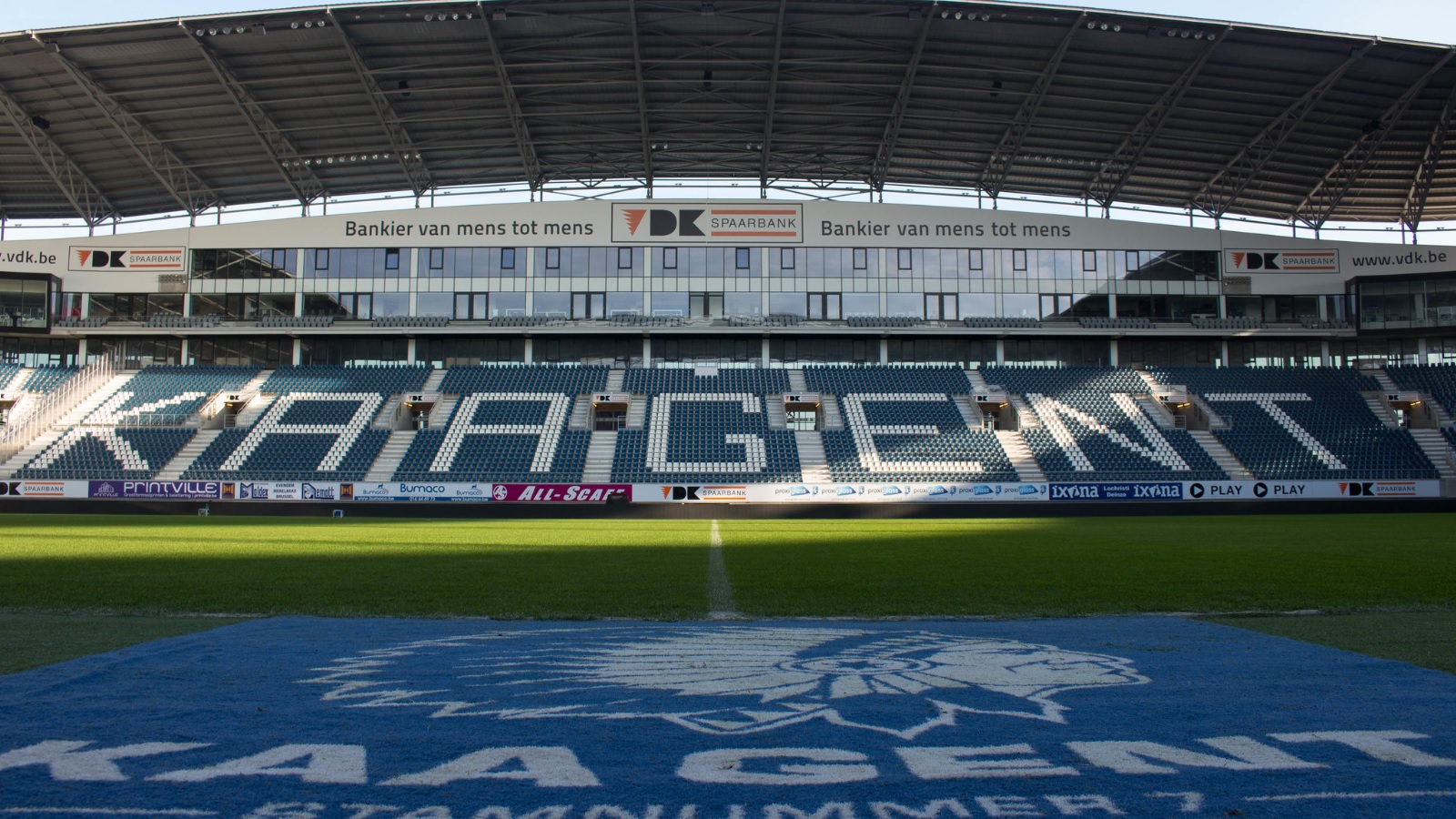 More good results yesterday from Live betting even though the only pre-game highlighted bet ended up losing with all the corners coming in the 2nd half. 4 more matches for week 11 and limited time on Sunday before the start of the first match so I better get to it... 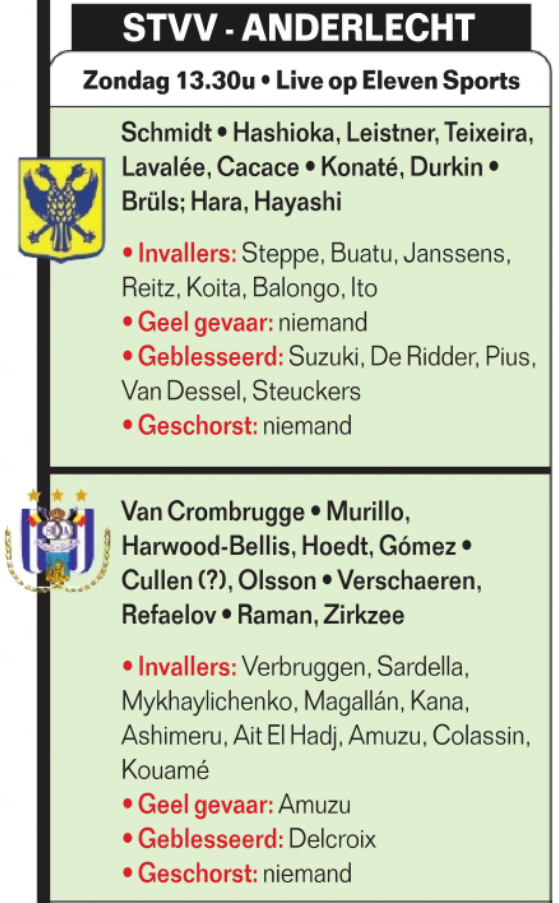 Anderlecht has been putting up some ok performances as of late and are generally in a good form despite having taken 3 draws in their last 3 matches. So far I have mainly been looking to oppose them but they have shown enough for me to consider betting them now. Stvv has also managed to put up some good performances lately only losing 1 in their last 5 matches showing good defensive control. They will be without important Striker Suzuki today and without De Ridder who is important on the midfield. Their home match against Genk can be seen as a reference for this one. It ended in a 1-2 score with Stvv at home crawling back playing solid defense against Genk who in the first half played with a B-Squad. I'm kind of linking Anderlecht just because they have had a good along with the fact that both Suzuki and De Ridder won't play. A slow start can be expected and it's hard to say the odds aren't fully adjusted with the 2.5 goal line and Anderlecht as the -0.75 favorite. I have no rush to get in and will be looking for a potential live entry on the visitors later in the match at a better line if the match picture justifies it. The only bet that temps me is the 1H Under 1 @ 1.99 but I'm staying away for now. No Pre-Game Bets 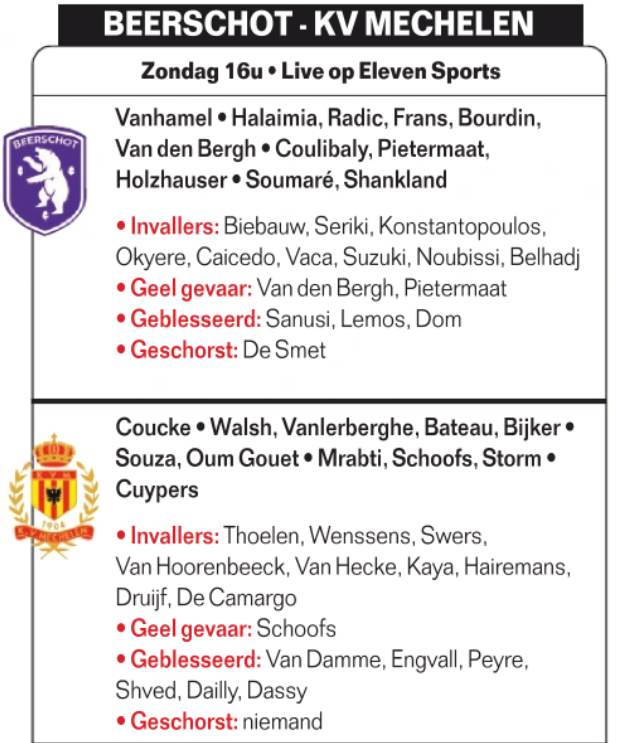 Beerschot has been the worst team in the league and are in last place being 6 points behind on the pack. Their previous match was the 2nd of their new coach and they managed to get a point playing a 0-0 match against direct opponent OHL. The match was played in a way where both were afraid not wanting to take any risks. Overall, there is no reason to see Beerschot all of a sudden put in a hot streak just yet. Mechelen is a team that has played better at home compared to away both in results and the performance they have been putting on the pitch. in the last 3 matches (after the 7-2 loss against Anderlecht where they looked like Amateurs), they took 3 wins each time being able to keep a clean sheet. For this match I'm willing to take a 0.4 unit gamble on Mechelen split on bets between Kv Mechelen 1st Half +0 @ 1.793 and Kv Mechelen -0.25 @ 2.104. 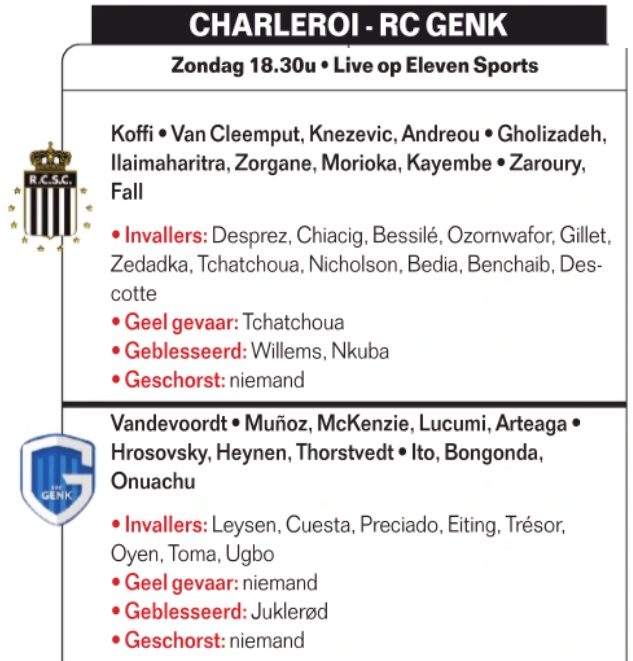 Genk gave away a 0-2 lead playing with 11 vs 10 against Eupen showing that there is something not right as they have a highly talented player base. For me, the Coach still is their weakest point of the team and I would not be surprised that similar types of scenarios will continue to happen. That being said, they do have the players to potentially crush every opponent on any day when things fully click. This makes it quite hard to oppose them as a team. Charleroi has had a good form in the last 5 matches (better than Genk). They played an ok match against Kortrijk going home with a 2-2 draw, They lost 0-1 to Mechelen who took a flattering lead staying closed in defense afterward, and they lost unfortunately against Club Brugge with 0-1 very late in that match. Charleroi is a high corner team and thend to win their matchups (4W-1L at home) while Genk isn't the team that generally creates corner after corner also winning the matchup in only 1 of their away matches. This makes me look at the corners handicap and I took a crypto bet of 600 TRX on Charleroi +0 Corners @ 2.02 on Wink.org with an eye to potentially also take it with bigger stakes on the Asian market once it's possible in-game. Charleroi also looked to play in their match against Club Brugge not just crawling back and I expect the same today. I'm not quite ready yet to get in on the over though as I am to possibly get in on a Higher odds handicap in-game. 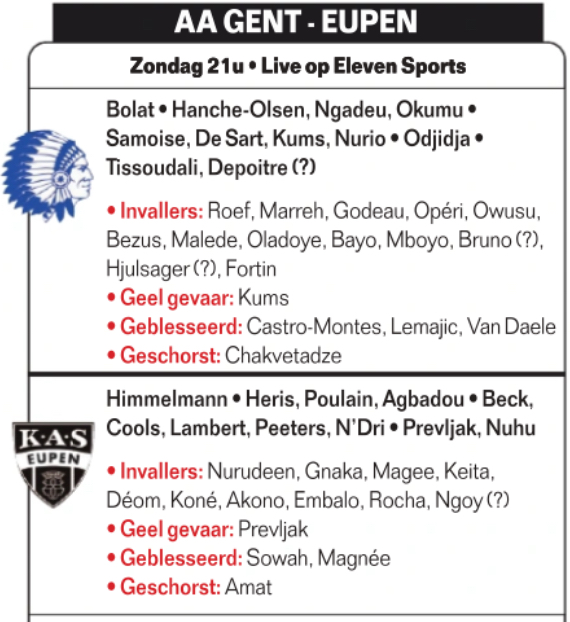 AA Gent even though they didn't always play great matches have been vastly underperforming not getting rewarded for what they have shown. They are now in 15th place with 11 points and need to get in a run to crawl up in the standings to a place where they belong. This starts today against Eupen which is a team that has played good while also getting rewarded for it which leaves them in 3rd spot having 9 points more than their opponent today. I see both on the opposite of the regression to the mean with Eupen at some point inevitably getting in a bad run and AA Gent getting in a good run. The problem with trying to make profit on this is that the lines are pretty much adjusted as AA Gent is the -1 home favorite. AA Gent is an over home team (4W-1L) and Eupen is an over away team (4W-0L-1P) and I do expect and up and down match where both teams play with more will to win than fear to lose. This made me take a 0.25 unit pre-game bet on Over 3.5 @ 2.700 with an eye to possibly take more in-play.