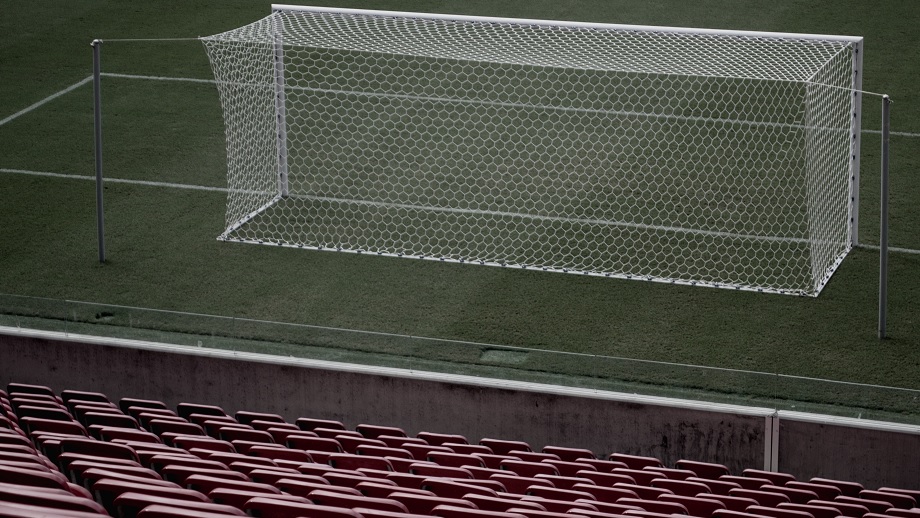 Not really on the mark yesterday with the pre-game position on the under ending up as a 0.4 unit loser. Plenty of matches left with changes to hopefully find some better betting spots to continue to overall long-term trend of actually beating these markets... 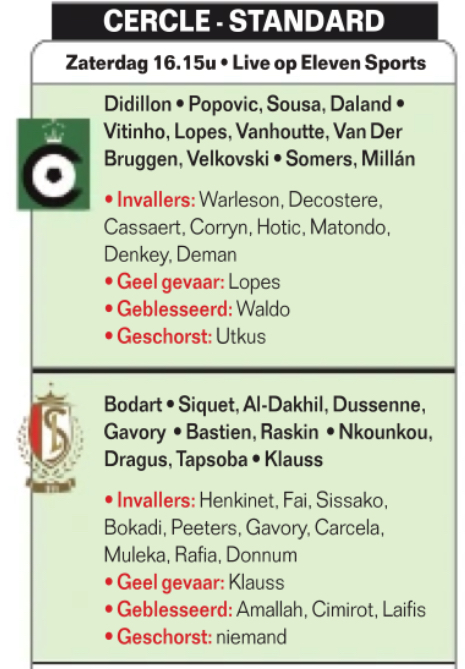 Cercle has been playing fairly ok lately despite now being on a 4-game losing streak and in 2nd last place. They have started their matches quite well but have given it away later in their games. All of their last 5 games saw at least 3 goals. Standard played the first match of their new coach last week and started at home with a lot of enthusiasm being unable to maintain it for more than 10 minutes. They never really managed to cause trouble to the OHL defense still getting the 1-0 lead in minute 38' and 2-0 after a slow start in the 2H with a comedy capers goal. Somehow they gave it away very late in the match ending the match with 2-2. I can't say I'm yet impressed by Standard and it remains to be seen how the coach change will have an effect. They are starting to get handicaps lines that are starting to get tempting though as the +0.25 handicap underdog today which I am willing to take a small 0.3 unit gamble on. Standard +0.25 @ 1.83 is the bet that I took in this match. Cercle has been overrated so far this season at home going 0W-4.5L-0.5P against the Asian Handicap while Standard is 3W-2L. Standard Team Total Over is also something that looks quite high in odds but I will keep that for potential in-game bets. 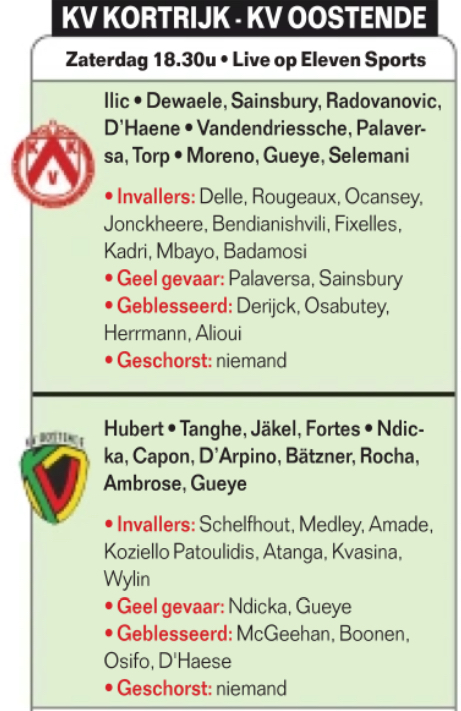 Kortrijk has just ok but nothing special this season. They lost 2-0 to Club Brugge who played at 70% last week. This will be their 2nd match with their new coach and it remains to be seem how offensively or defensively he will play. Oostende surprisingly won their match last week at home against Cercle having a good reaction after getting 0-1 behind. On the one hand, they have lost so much quality compared to last season while at the same time their fighting spirit forming a real team. They are however on my list of teams to potentially oppose. The Handicap seems to be adjusted though with them being the +0.5 handicap which is too much for me to oppose especially since I don't fully trust Kortrijk. I would not be surprised to see a bit of a study round at the start with the first goal breaking the match wide open. For now, I'm staying away and will wait for some confirmation in-game. No Pre-Game Bets 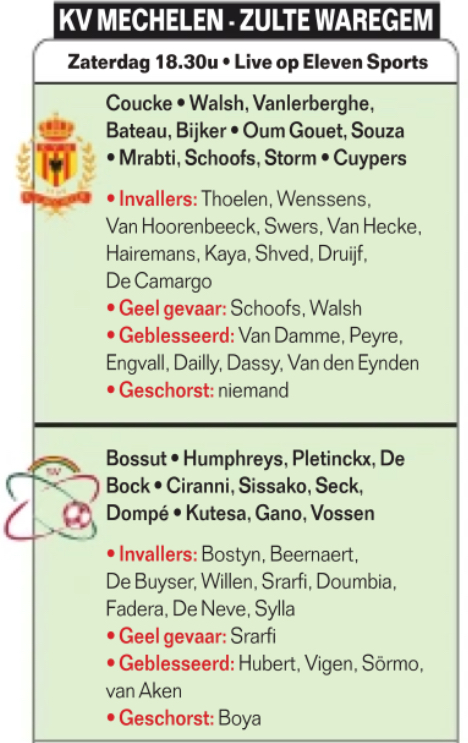 Kv Mechelen is steady in the top 8 after a 4-game winning streak and generally are just a good team. They tend to perform well at home going 4W-1L against the Asian handicap and goals spread evenly between the 1st and 2nd half also going 4-1 on the over against their total handicaps. Zulte-Waregem took a surprise 2-1 win last week at home against Antwerp breaking a long streak not being able to win at home. They had mixed results this season so far mostly having outliners on the bad side never really taking a fully deserved clean win. They are a team I don't trust and I'm mostly looking to oppose them at the right price. The market pretty much agrees now with Mechelen getting a -1.25 handicap and an expectation for the match to have at least 4 goals. This is the direct result of the last away match from Zulte where they played extremely naive against Seraing going forward getting one dangerous counter after the other. They do have De Bock back who makes a big difference in the defense and in the match against Antwerp they mostly just focussed on keeping their concentration which worked until the point the match was postponed late in the 2nd half. I am expecting a start of the match where Mechelen will try to make the difference early and Zulte aiming to survive possibly even getting their chance on the counter. I do favor Mechelen but need either some major confirmation or a much better line in-game. No Pre-Game Bets 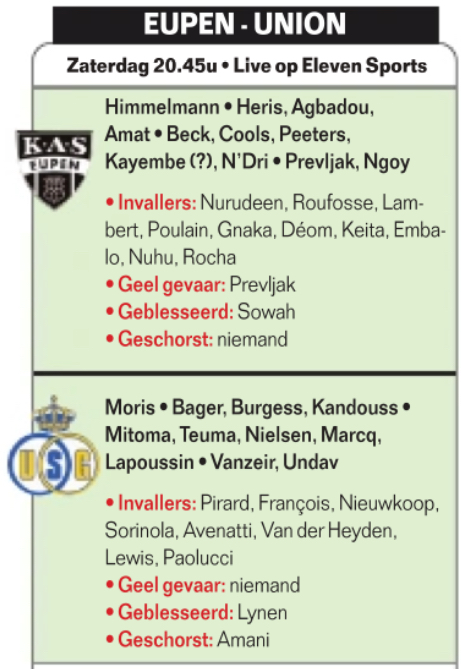 This is the match between the 2 revelations of the season so far. The way I look at it, Union who is in 1st place is the real deal while I see Eupen who are in 3rd have been somewhat overperforming. Union didn't play the best 1st half last week against Seraing getting 2-0 behind but showed their power the make a comeback to 2-4 with 10 vs 11. Eupen saw their good streak end against AA Gent and I do expect them to have some regression to the mean. My lean certainly is on Union who so far always could be trusted to show up in their matches. I kind of waited too long to back them when they were well above 1.8+ odds and I'm not going to chase it since the match will have to be played. I need at least 1.9+ in-game and I will also be keeping an eye on Union Team Total Over 1.5. For now, No Pre-Game Bets

I take all my Pre-Game & Live bets with my Betting Broker Sportmarket Pro who always provide the best offers on the market with a 1 click solution and don't limit winning players offering high limits. For more info check my Sportmarket Pro Review
Pre-Game Preview Bets I share many of my pre-game bets in all my preview posts as bold selections which are all counted as 1 unit flat bets. See these just as info and not as actual betting advice. Last season I had 236 of these selections which went +13.96% ROI (See Post). So far this season I had 67 bets which went +3.09% ROI