It has not been the best week so far with just shy of -1.5 units lost and things could have gone a lot better yesterday as there was a 1 unit bad swing on a bet that always easily should have won while there was also a 0.6 unit good swing on a bet that very likely was to lose. Sunday will be the final day before the world cup break so here are the previews... 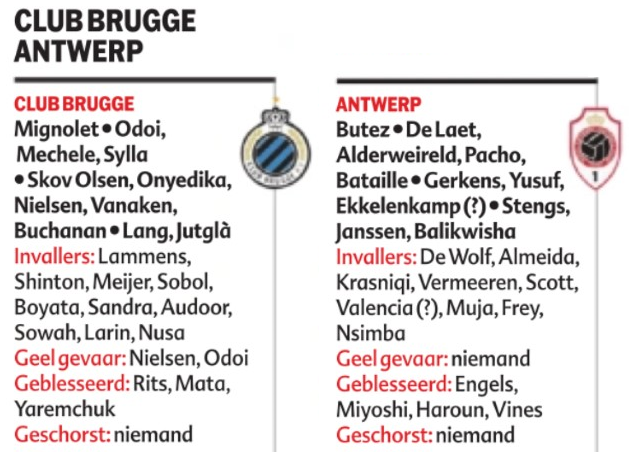 Both teams right now are not in the best form with Antwerp only winning 1 match in their last 5 after winning everything before and Club Brugge unable to really live up to their potential and showing zero drive in the match last week against Gent. Some players of these teams also will be going to the world cup which remains tricky as the main thing they will aim for is not to get injured. My leans are on the Under 2.75 and Club Brugge -0.5 or -0.25 1st Half but I by no means have the needed conviction to act on it right now. I will just see how things go in-game and act on that. No Pre-Game Bets 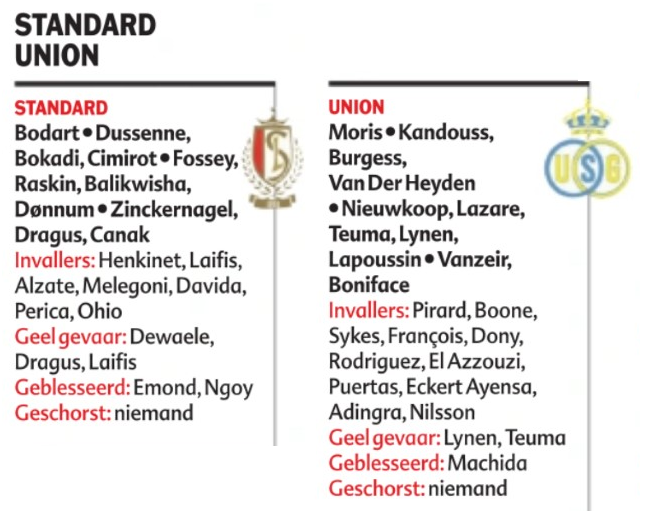 I have underestimated Standard before at home so I'm cautious on this today. Union without a doubt is the better team and they rotated in their cup match. They have had a really busy schedule though but there hasn't been a sign of decline. Standard remains a team that overall lacks quality while they tend to have stand-out performances at home against bigger teams (3-0 against Club Brugge / 3-0 against Antwerp / 3-1 against Anderlecht) while at the same time taking outright losses against the worst teams (2-0 loss against Eupen / 0-2 loss against Seraing). I do expect a match where both teams are willing to just go for it and there to be goals. Standard is a slight over team at home going 3.5W-3L-1.5P at home with 56.5% of their goals in the 1st half at 1.63 on average. Union has been an over away team going 6W-1L-1P awith 45.2% of the goals in the 1st half on average 1.75. I did take a 0.4 unit bet on 1st Half Over 1 @ 1.783and also a 0.1 unit bet on Over 3 @ 2.480 with an eye for more potential over bets in-game. 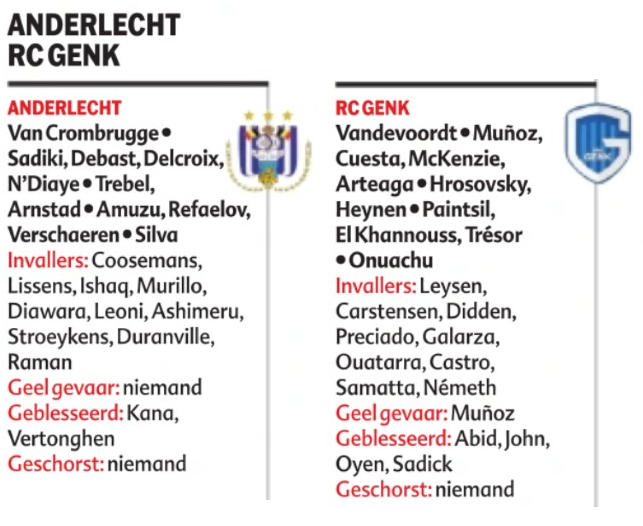 I have been somewhat of a sucker for DNB lines on away teams purely based on the team quality and form. Club Brugge last week +0 @ 1.80 against Gent played a total non-match losing 2-0, Genk as the +0 @ 1.89 away favorite against Antwerp was not as good as anticipated winning 1-3 thanks to very efficient scoring, Club Brugge as the +0.5 early underdog against Anderlecht ended up winning 0-1 in a match where Anderlecht deserved more. So there has been a pattern of none of these matches turning out in just a clean straightforward win despite overall results being positive. Anderlecht continues to struggle needing extra time and penalties in the cup match while Genk continues to be one of the best teams in the league. They deserved in 1st place and also easily won with their A-Squad against Westerlo away not getting in trouble but also not pushing. Overall I see this as another match were the quality and form gap is just too big for a +0 line even though I would also be surprised based on previous matches that were similar if it turned out into an easy walkover. The odds also went up compared to what I took early which is never a good sign. I took 0.3 units on Genk +0 @ 1.887 / 0.3 units on Genk 1st Half +0 @ 1.883 and 0.2 units on Genk Team Total Over 1.25 @ 1.820. Anderlecht in the last 5 home matches combined had 15 corners on average always going over 13 while Genk in their last 2 away matches went to 20 and 12 corners. This made me take 0.25 units on Over 9.5 corners @ 1.850 with an eye to take more in-game. I also took a 0.004 BTC bet on Genk +0 @ 1.90 as a crypto bet on Sportbet.one and 4000 WGR on Genk +0 @ 1.910 on Wagerr.com 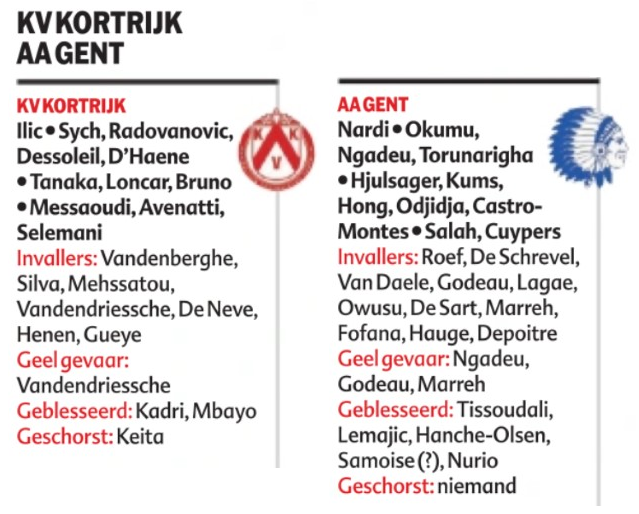 AA Gent finally is showing signs of greatness like the end of last season. They easily won their cup match against a lower division team, had an excellent performance against Club last week winning 2-0, Qualified for the Conference League with a clean win against Molde. So they for sure have the momentum with them and also have a team with more quality compared to Kortrijk. Kortrijk took a red card in the first half last week losing with 3-1 to Oostende in a match where there were huge spaces at the end. They have not won a match in their last 6 league matches despite not playing horribly. One of the issues is that they have too many unstable players in their team. Keita who has been important is suspended while Lamkel Zé is no longer with the team. All this makes AA Gent a clear 1.6 type away favorite which is a line that I rarely engage with. I will keep an eye on them along with a potential Team total over bet as I have a hard time not seeing them score a couple. For now, No Pre-Game Bets 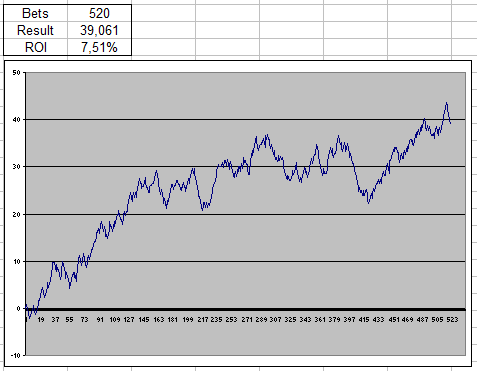 The best will always take the lead.