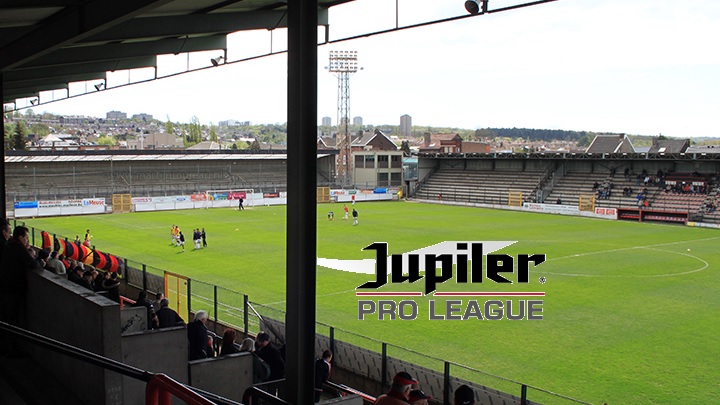 So far so good when it comes down to betting the week as there was some more profit on Friday and I feel like I'm picking up my form again to the point where I might start increasing my stakes a bit again. I'll see how it all goes with the 4 matches that will be played today... 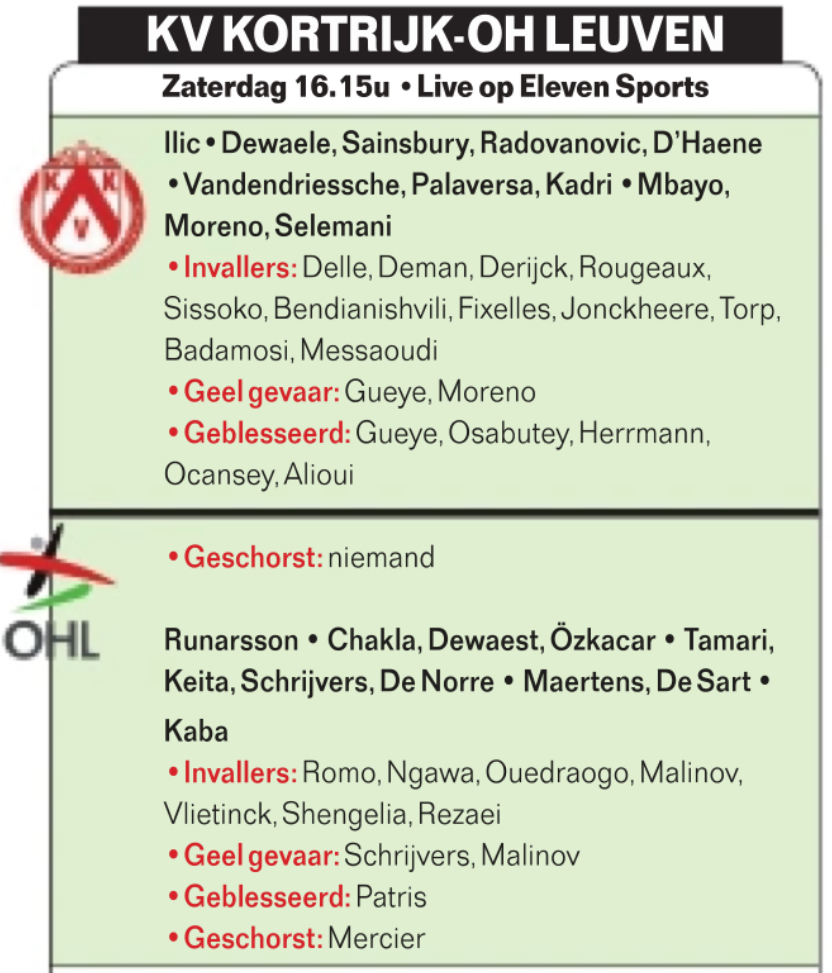 Kortrijk lost last week at home against Leuven on a heavy pitch where they also picked up an injury for their main striker Gueye. Overall they have been dropping their form lately being without a win in 5 matches with 4 Draws and a loss seeing 4 of those matches going under 2.5 goals. Leuven on the other hand have picked up their form lately even though they lost last week with 0-1 against Gent. Important creative midfielder Mercier will be suspended for this match and most likely the pitch one again will be hard to play on. The combination of Kortrijk without their main striker taking pride in their defense keeping clean sheets with OHL only having 33M of their goals made me take a 0.25 unit Pre-Game bet/trading position on 1st Half Under 1 @ 2.18. Kortrijk has had at least 10 corners in all of their last 6 matches so I will also keep an eye on that. 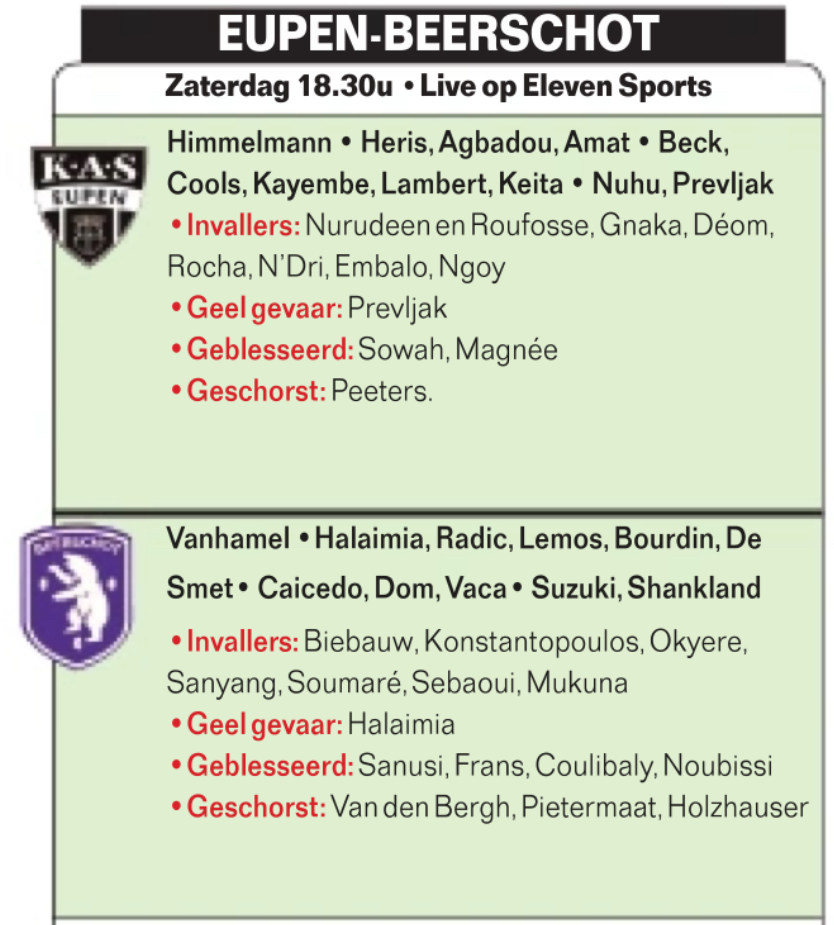 Eupen for a while now has dropped their early-season form even taking a loss away against Oostende last weekend. Beerschot on the other hand has picked up their form even though they are still in the last position being 7 points behind which makes it already urgent for them to start winning matches like this one against Eupen. They will be without their best player Holzhauzer today while Eupen will be without important player Peeters. Given the opposing form, I can see Beerschot putting up another ok performance today which made me go with a small 0.25 unit bet on Beerschot +0.5 @ 1.912 as a cautious entry. Based on previous matches I do expect it to be an up-and-down match with 2 teams willing to go forward. 9 out of the last 10 matches from Beerschot had at least 10 corners, all 5 of the last matches from Eupen had at least 5 corners which made me take a tiny initial entry on Over 11.5 Corners @ 2.47 with an eye to take more in-game/ 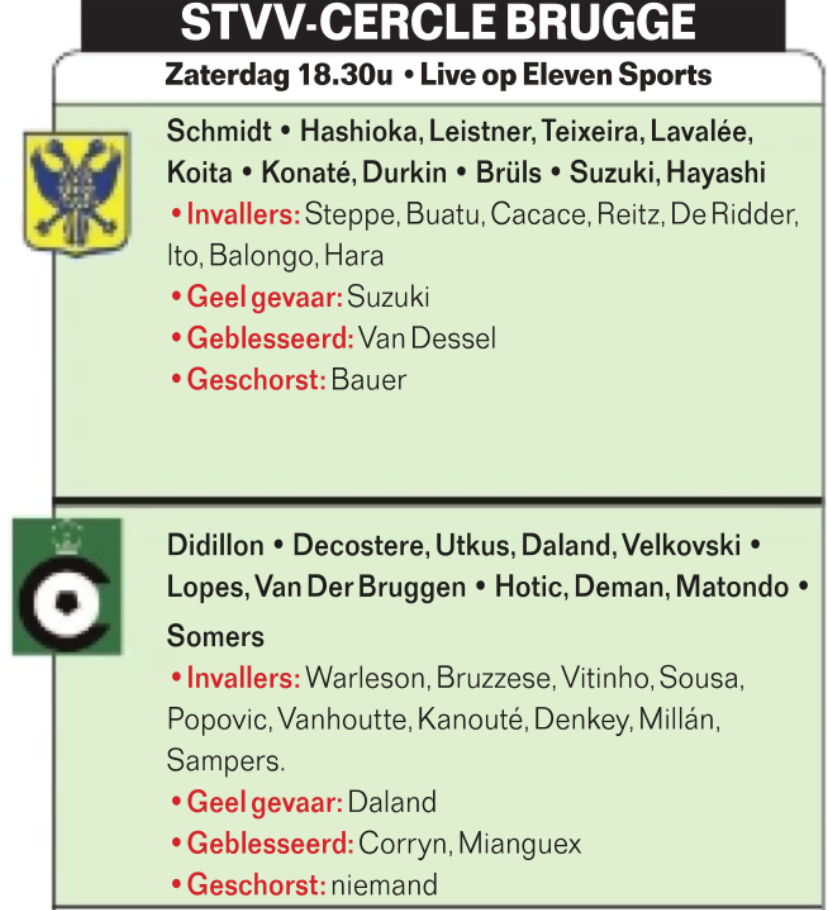 Cercle Brugge managed to keep up their form despite the sudden coach change and they generally are in a great form now also taking wins after a period of playing good without taking the points. Overall based on their performances they should not be in 2nd last place. Sint-Truiden has shown to be capable defensively even though they aren't keeping that many clean sheets. The match as always will in Sint-Truiden will be played on their artificial pitch as always which can make it tricky for the visitors. I do understand that Cercle is the slight favorite in this match and I like the team total over on them. However, both teams do have 66.7% of their goals in the 2nd half so I rather wait for a potential better entry with higher odds. For now, No pre-Game Bets 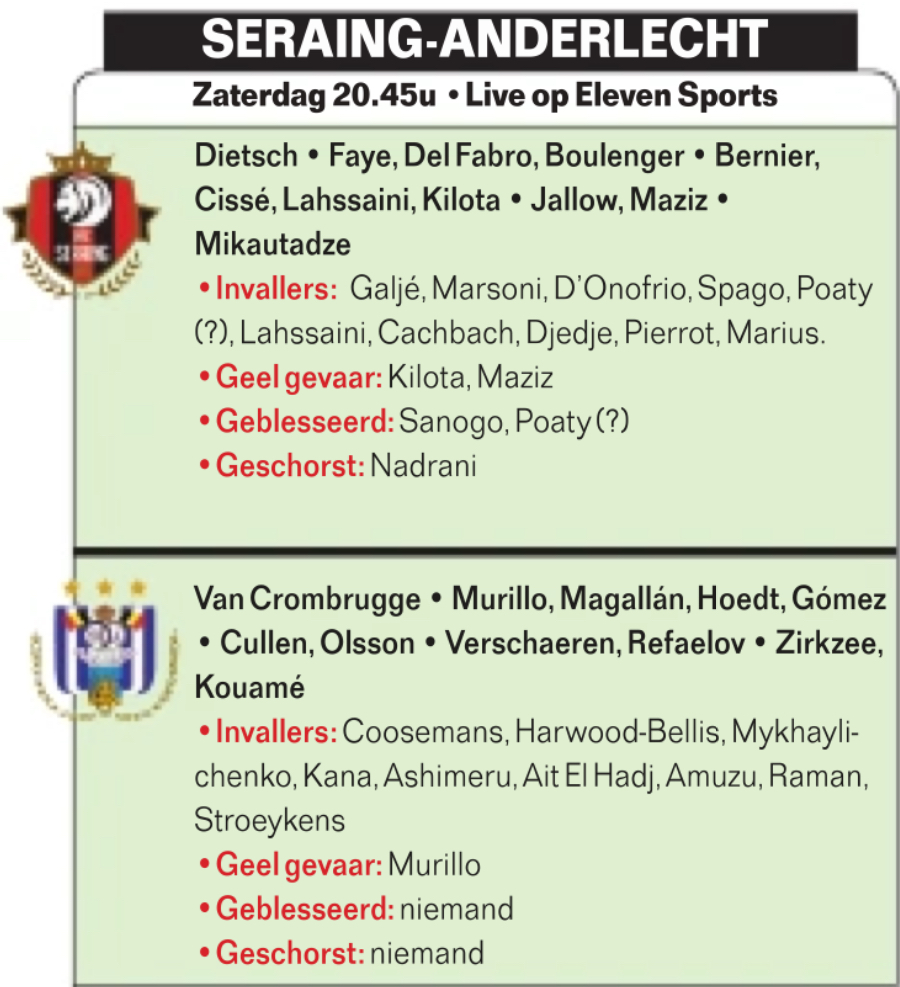 This is a rematch of the Cup game just a couple of weeks ago that ended in a 3-3 score with Anderlecht winning after the penalties. The pitch is small and will be in quite bad condition. Anderlecht will be very much aware of it and they are expecting a difficult encounter. They have 1.51 odds which feels rather short. They however have shown to be capable of taking big wins after the initial goal was scored while also being capable to lose against anyone. I'm comfortable with a tiny 0.15 unit bet on Seraing +1.25 @ 1.847 for now and I will see where it all goes. I do expect Anderlecht to be the team going forward and they have been quite hot on the corners lately winning the matchup in their last 6 league matches all by at least 2. I will keep most betting action for in-game.

I take all my Pre-Game & Live bets with my Betting Broker Sportmarket Pro who always provide the best offers on the market with a 1 click solution and don't limit winning players offering high limits. For more info check my Sportmarket Pro Review
Pre-Game Preview Bets I share many of my pre-game bets in all my preview posts as bold selections which are all counted as 1 unit flat bets. See these just as info and not as actual betting advice. Last season I had 236 of these selections which went +13.96% ROI (See Post). So far this season I had 83 bets which unfortunately so far saw a -3.65% ROI. Overall on the season all 616 bets combined I'm at +4.34% ROI