I didn't have much inspiration on the Champions League match yesterday and skipped on making a preview keeping betting for in-play which eventually produced some late corner bets which ended up winning for an ok start of this week. 3 Matches today that are more worth taking a much closer looks at... 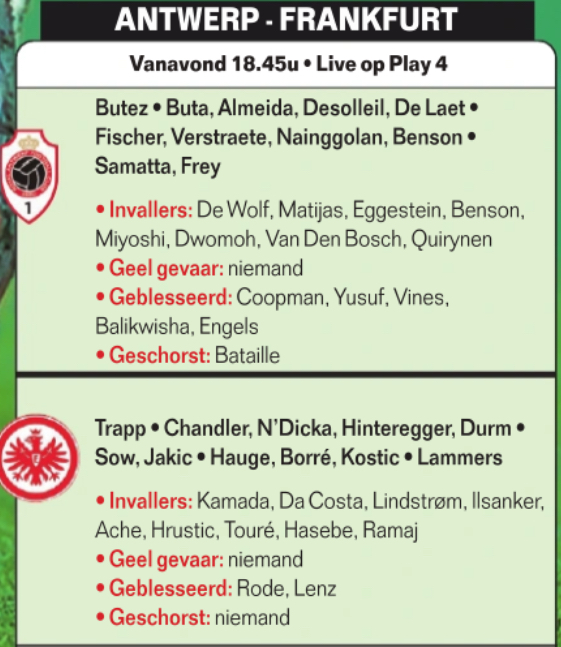 Antwerp (60M) is in a 4-game winning streak in the league and I seem them as a team with a good squad and a lot of potential but I haven't fully seen the performance I expect to see from them. The win against Union last weekend was rather flattering with them being highly efficient. The week before against Seraing they were ok but not impressive on the 2-1 win. In Europe, they played an ok match that was quite even with limited chances and an unfortunate last-minute 2-1 loss. Frankfurt (231M) is now 13th in the league with their last 5 matches ending in a 1-1 draw and they are still a bit searching even though they are a good team. Antwerp right now is quite good in the offense but they still give away too much in the defense with the idea of their coach that he rather takes points than a clean sheet. Mostly the statistics on the corners stand out with Antwerp having at least 10 of them in each of their last 10 games with an average of 13.8. Frankfurt in their last 7 matches went to at least 10 in 4 of those with an average of 9.6 corners. I did take an initial 0.25 unit bet on Over 11 Corners @ 2.66 with an eye to possibly take more in-game. I do expect an open match With Frankfurt being more likely to win, but the total lines are set just a bit too might to make it worth the risk for me pre-game. 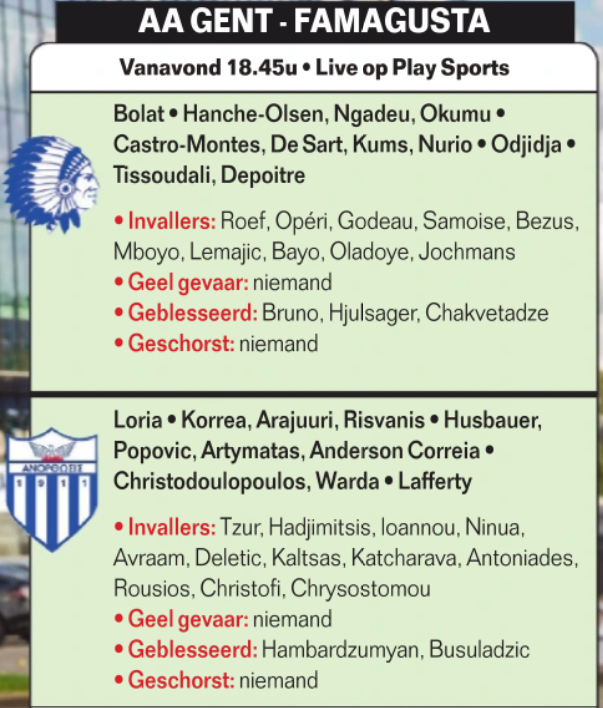 AA Gent (51M) is a team with a lot of potential which has not fully come out yet showing in their results. They did break their bad streak in the league with a 2-1 win against Cercle Brugge. It was a quite flattering with despite AA Gent having a lot of missings. in the first match of the Conference League, they took a 0-1 win over Flora (5M) in a match that was more even than expected (AA gent was the -1.25 handicap line favorite). They were unable to dominate but also didn't get in real trouble. Today Some players like Odidja will be back and they are close to fielding their A-Squad. Famagusta (14M) is only 10th in their league after 3 matches with 1 Win and 2 Losses and lost with 0-2 against Partizan '30M) at home in their first Conference League match. They are a tall experienced team that can play on possession and have a good distance shot. I'm not comfortable yet to take AA Gent against a big favorite handicap. The only bet I'm looking at right now is again the AA Gent Corners Over or 1H over but I'm also not fully sold on it so I will just skip and see what it all brings in-game. No Pre-Game Bets 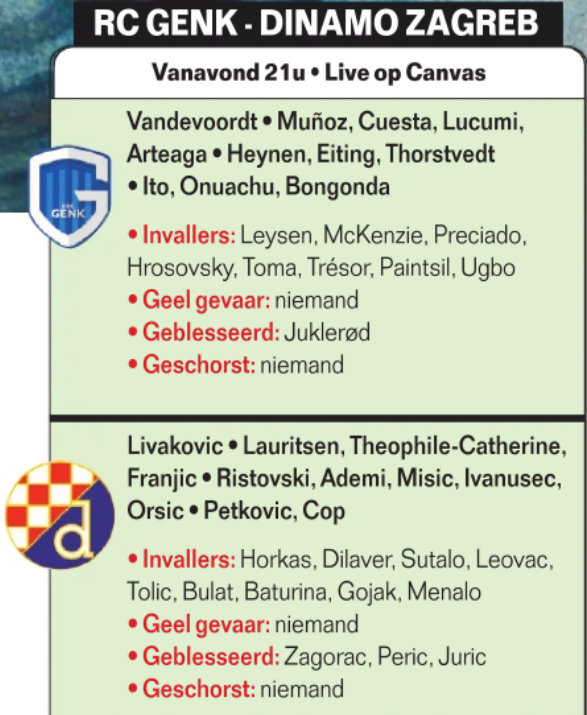 Racing Genk (127M) has had a busy schedule now playing their 6th match in 18 days with one of those where a B-Squad started. There shouldn't be any rotation today as they also managed to conserve energy in the 3-0 win over Seraing last weekend. Overall they are a quality good team with both a good defense that managed to control a match and a solid offense that is able to create plenty of chances also finishing them. They are complete today with no A-Squad Missings and a solid bench. Dinamo Zagreb (109M) is a team that becomes champion in Croatia nearly every year and they are on a 6-game winning streak in the league. Last season they reached the 1/8 finals in Europa eliminating Tottenham. They did however lose 4 A-Squad players this season in Gvardiol, Majer, Kastrati, & Gavranovic and fell short at home against West Ham losing 0-2 without s single shot on target in what was one of their weakest performances playing with 5 in defense which didn't work at all. They are expected to play more offensive today. I do favor Genk who seem to be able (in most matches) to keep control and has Onuachu as a striker in form against Zagreb who hasn't yet impressed this season. I want -0.25 @ 1.8+ odds on them and am also looking at Genk Team Total Over 1.25. For now, I'm not in a hurry and will just wait for the right opportunity to possibly get in. No Pre-Game Bets

@pizzabot 53
about 2 months ago
Connect

@costanza! This post has been manually curated by the $PIZZA Token team!