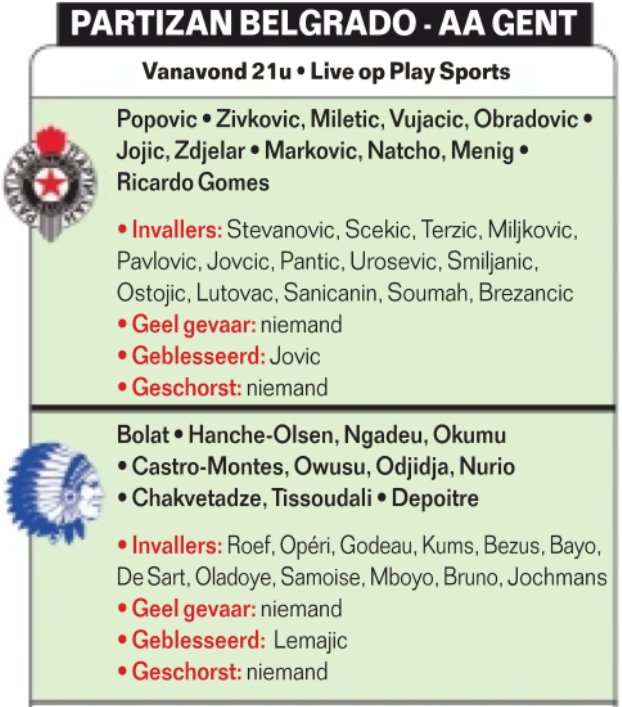 Both Partizan (30M) and AA Gent (48M) have 6 points and managed to keep a clean sheet in their first 2 matches. Partizan is head-and-shoulders above the competition in the Serbian League being on top with 34 points and a 11W-1D-0L record going 36-3 on the goal scored. AA Gent is only 12th in the league going 4W-2D-5L with an 18-13 on goals scored. Their standing is a bit deceptive as they have been on the wrong side of the variance and in reality, are a lot better than the standings suggest. I see the Belgian League as much stronger compared to the Serbian League while AA Gent has a bigger budget so the only real advantage Partizan should have is their home support in this match. I like AA Gent to put up a good performance and goals to be scored in the match (AA Gent tends to create a ton of chances in their matches so far just lacking the finishing). I split 0.6 units (0.2 units each) between AA Gent +0.25 @ 1.879 | Over 2.25 @ 1.896 | Both To Score @ 1.873 and will be looking to possibly take more in-game. 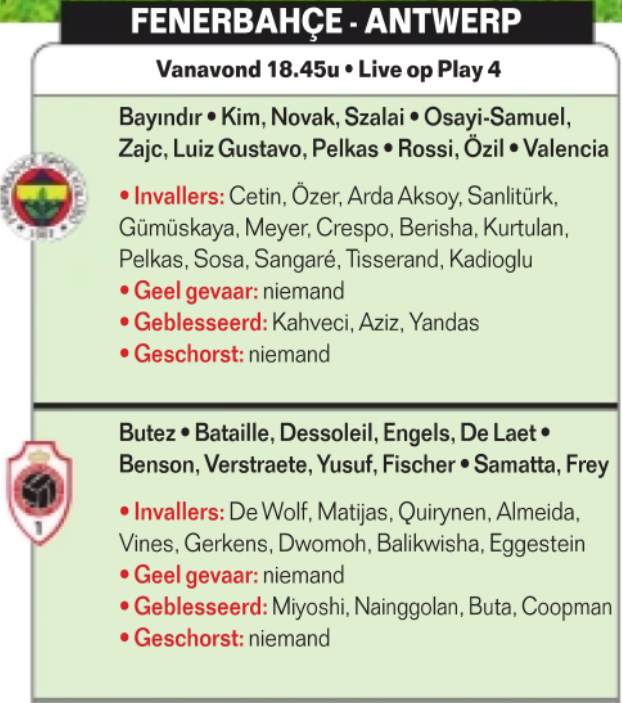 Antwerp (62M) has been a tricky team as they haven't always played the cleanest and best football so far this season, but they managed to take a lot of points still. At least in the league that is as they are left with 0 points in the Europa League. They will be without Miyoshi and Nainggolan today away against Fenerbahce (126M) with an upcoming match against Club Brugge in the weekend. The home team also only took 1 on 6 in the 2 Europa League matches so far losing 0-3 to Olympiakos at home. They are currently 3rd in the Turkish League, they tend to have great home support and many older big-name players. Antwerp generally has matches with plenty of corners while Fenerbahce rarely gets above 10. I'm just going to sit back and watch the match before possibly getting in some bets as I don't really have a clue how to properly estimate this match. No Pre-Game Bets 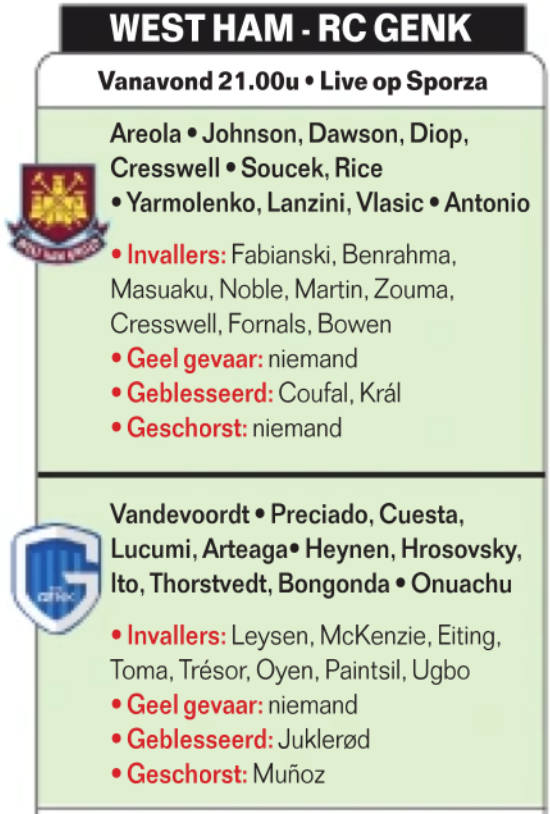 Racing Genk (§134M) in their last couple of matches hasn't been living up to the potential they have based on their player base and their overall form simply isn't great right now. In their last match against Zagreb at home they gout outplayed on the counter with Zagreb just staying well organiszed. West Ham (354M) so far won their both Europa League matches with 2-0 and are 7th in the Premier League going 4W-2D-2L. Based on the difference in overall value of the players and the home advantage combined with the current form, West Ham Should be the favorite even though I'm not jumping to take a -1.5 goal handicap pre-game as West Ham is required to have a good day for that with Genk once again playing below their potential. I have liked the bet on Genk Team Total for quite a while now as they certainly have the quality to score and I do feel the requirement for them to just score a single goal today at reasonable odds is worth the risk. So I put in an initial 0.4 unit pre-game gamble on Genk Team Total Over 0.5 @ 1.826. Genk generally also is not the team that creates the most corners while the opponent will know it is one of their more vulnerable points. I'm not fully comfortable with a -1.5 line for the first half West Ham Corners and will wait it out for potentially a -1 Line in-game. I did tale a 1000 TRX bet on West Ham 1H corners -0.5 @ 1.490 even though I don't tend to like betting these smaller odds. They were in the lead at HT by 5-0 and 0-6 in their previous Europa League matches.