Get to know the Candle Piercing Line. 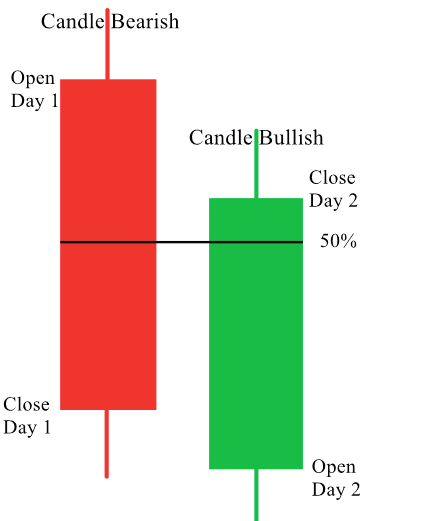 Get to know the Candle Piercing Line.

The piercing line pattern is a candlestick pattern that indicates a reversal from a downtrend to an uptrend. This pattern is often found at the end of a downtrend and is often a sign of a potential reversal in the short term.

The piercing line pattern shows a two-day trading period. On the first day, sellers dominate the market while the second day is dominated by buyers. This shows an indication that the assets that market participants want to sell have decreased slightly, so that asset prices have increased. This dynamic seems to be a reliable indicator for near-term upside forecasts.

This pattern is preceded by a downward price trend. Downtrends can only occur in a short time. However, if this pattern is formed when the price is in an uptrend, this pattern cannot be a reference for entry buys. This pattern is more often found in stock price movements than forex.

However, you can still find this formation in various trading instruments. The second candle in this formation should close above the middle of the first candle as it indicates that buyers have entered the market in that heart.

Stop loss is needed to minimize losses. You can place a stop loss position below the low of the first candle.

After following the three steps above, you can profit from using the piercing line pattern. To make it easier for you to understand how to trade with a piercing line, you can pay attention to the image below: