Montenegro chance of qualifying to the next year world cup in Qatar now seems impossible after the host lost to Norway in the previous round, losing the game by two goals to nil. With the lost to Norway however, it is all but impossible for Montenegro to qualify for their first ever World Cup as an independent nation. 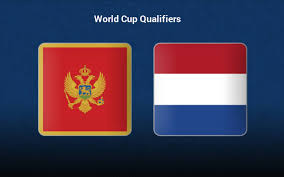 The country could still record at least their best ever points return in a World Cup Qualification so far, if they could secure wins in both of their final two games, which is something they must embark on if throughly they want to continue their record of improving in each successive world cup campaign.

Deriving such hopes against the Dutch side would really be a tough match to handle and also won't be an easy task for Montenegro as hopes of springing such a surprise package here against top ranked Netherlands seems unlikely.

it’s been over five years now since Montenegro last secure victory when priced up as outsiders in competitive action with a 1-0 win over Denmark. Since then, the Montenegro have failed to win in 17 encounters with three draws and fourteen losses(D3, L14).

Despite the Netherlands’ failing to qualify for the 2018 World Cup which is still fresh in their minds, the game against Montenegro would be an added motivation to avoid any slip against them. A victory here against the Montenegrins will secure a top two spot, but the Dutch team will be mindful of facing Norway in a potential straight shootout for top spot on the final matchday which will definitely be a decider match between the two countries.

However, playing against a Montenegro team won't be a problem for the Dutch side with their performance when considering their irresistible form in this competition so far. The visitors have scored at least twice in nine of their last eleven world cup qualification encounters while keeping five clean sheets out of their last seven.

Louis Van Gaal’s men however, were further leading at both intervals in six of their previous seven world cup clashes and facing a Montenegro side won't be a problem. 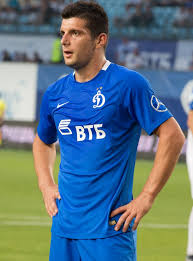 The player have three competitive strikes for Montenegro in 2021 which were match openers, and he also hit the opener in their last home victory against Gibraltar winning the game by 4-1. 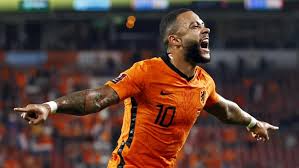 The Barca player leads the way in European qualifying with nine impressive goals ahead of this round so far, and each of his scoring appearances in this world cup qualification have saw him hit at least two goals and won't be an easy task for Montenegro to handle as he his always despirate to score.

It should be a easy win for Netherlands tonight I think.

The Dutch will win :)

It's a sure win