The women champions league is set to take place as Real Madrid Femenino will face Paris Saint-Germain in the French capital in the Women's Champions League on Tuesday as both sides will put their 100% record in the group on the line when they both meet. 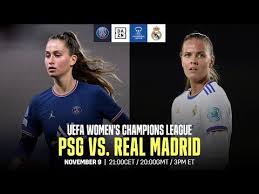 The two clubs however, are yet to concede in the group stage, having secured comfortable victories over WFC Kharkiv and Breidablik in their opening two matches. 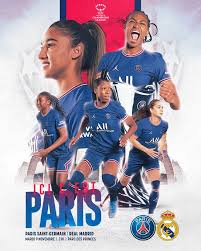 Paris saint-Germain are aiming to win this competition for the first time, having finished runners-up twice in the competition, and the reigning French champions have been an impressive formidable force this season, winning every competitive fixtures so far. 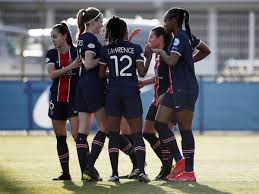 Their European campaign so far, have been impressive with the current French champions winning 2-0 against Iceland side Breidablik, before claiming victory against WFC Kharkiv with a 5-0 win in matchday two.

Paris Saint Germain Didier Olle-Nicolle's side head into Tuesday in a confident 3-0 victory over Dijon on October 31, with the likes of Kadidiatou Diani and Marie-Antoinette Katoto both scoring either side of a Lena Goetsch own goal. 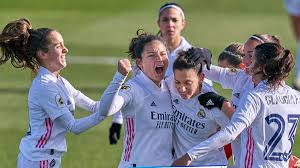 Despite Participating in the Women's Champions League for the first time in their history, the Spanish side will be pleased with their two group stage victories and performance, but they will definitely know that the task ahead which is the PSG clash will show if the Spanish side can compete with Europe's elite.

Real Madrid won against WFC Kharkiv in their first match, before thrashing Breidablik 5-0 in their last Champions League fixture in the tournament.

The match which saw a first half hat-trick from Caroline Moller against the Icelandic side, before fellow teammates Olga Carmona and Lorena Navarro netted in the second half to complete the scoring for Spanish side.

Despite performing well in champions league with two victories contrast to their European success, David Asnar's side have struggled domestically this season in the primera division sitting in 11th place in the log.

However, they will head into Tuesday's encounter with the French side in Paris having secured consecutive league victories, including a 1-0 win over Rayo Vallecano at the weekend in the Spanish league, thanks to goal from Esther Gonzalez ensuring that Real Madrid head into the champions league against PSG in high spirits.

Barbora Votikova despite missing the WFC Kharkiv encounter is expected to start in goal for the French side.

Having no game played at the weekend, Paris saint Germain will be heading fresh into Tuesday's game, and Olle-Nicolle is likely to name an unchanged lineup from the one that beat Dijon the last time.

The Spanish side are still without Kosovare Asllani, Marta Cardona and Aurelie Kaci, who are all absent due to injuries.

Real Madrid manager David Asnar could make a few changes from the side that defeat Rayo Vallecano in the Spanish league, with Athenea Del Castillo likely to be in the starting lineup for Madrid.