Two defeats, No goals for Barcelona 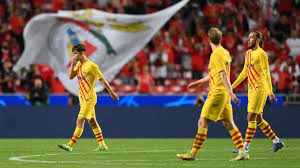 The Spanish side lost their first game to German champions Bayern Munich in the camp Nou with a heavy defeat losing to the German team by 3goals to nil in the opening game of this season champions league.

Though the Spanish side are still unbeaten in the league with 12point and a game at hand and are presently in sixth position in the la liga table.

Ronald Koeman side however, are not showing that quality in the champions league as they lost heavily again in Portugal to Portuguese club Benfica in a 3-0 humiliating scoreline without response to score.

Barcelona have now concede six goals in two matches without scoring losing the two matches with the same score line and they now sit last in the table with a -6 goal difference in the champions league.

The host Benfica welcome their visitors in their second group match with the away side trying to secure point after their humiliating defeat to Bayern Munich but failed too after same result in their first game repeated it's self again.

Benfica's Darwin Núñez scored a brace to secured a historic 3-0 win for Benfica over the Spanish giant. 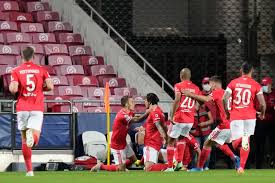 Barcelona conceded an early goal in the first half after Darwin Nunez put the home team in front in the early 3minute of the game. The goal changed Barcelona performance in an unbearable condition as the away side were desperate to bounce back in the game. 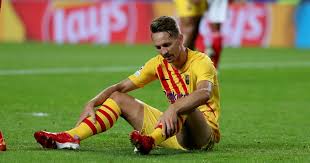 Barcelona's Luuk de Jong in particular performance was nothing to right about as the player missed two golden opportunities to level the score almost immediately after going behind for the visitors.

Barcelona manager Ronald Koeman looked so less secure, when eventually he was forced to drag Gerard Piqué off after only 30 minutes of play, as it appeared that the veteran defender was one more being given a second yellow card. Though the replacement didn't change anything as two further second-half goals secured a famous victory for the home side. 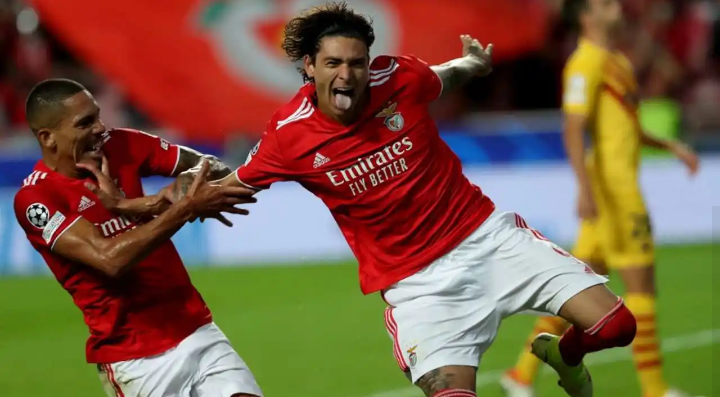 The visitors nightmare in the game grew worse when Benfica were awarded a penalty which was converted by Darwin Núñez to make it 3-0 following a Barcelona handball in the box. 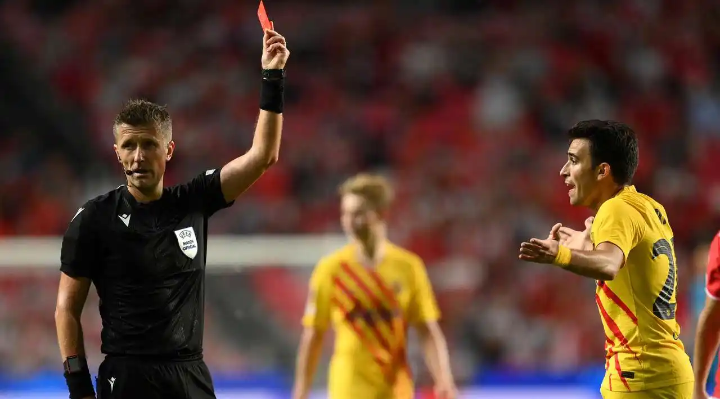 Barcelona problem even got worsened when Eric Garcia was shown a second yellow in the game in injury time and he will miss the next game against Dynamo Kyiv at home in camp Nou.

However, Barcelona's manager Ronald Koeman became the first-ever Blaugrana manager to witness his team fail to register a shot on target in his consecutive UCL matches so far. 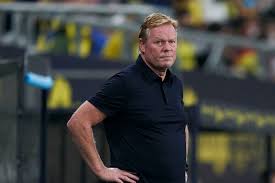 The Spanish side will be heading back to Spain to face Atletico Madrid away in the Spanish league which is another strong fixture for them to face.

Atletico Madrid however, in the champions league came from a goal down to beat Ac Milan in San Siro. With the Spanish side also heading back to Spain to face Spanish rival Barcelona at home will want to maintain that record after their last outstanding in the league with a shock defeat from Alaves will want to back bounce in winning ways again.

@cryptoandcoffee 78
about 2 months ago (Edited)

I can see you are seriously trying harder but still have problems with this post. Firstly the images have to be sourced and no Getty Images are allowed. I checked the one with the red card and it was Getty. Most likely they all are as Getty has the rights to most football photographs. Football is the one sport where you will have problems finding fee photographs to use.
By not adding a source or reference you are telling everyone here you took those photographs your self. Getty isn't allowed as if we want to use them we have to pay for them as you are earning rewards using their photos.

Source is [write the word source](then the link) Plus images need to be hunted for as why many of the older members stopped sourcing images for football as they are virtually impossible to find legally anyway.

Thanks I really [email protected] What about the tags