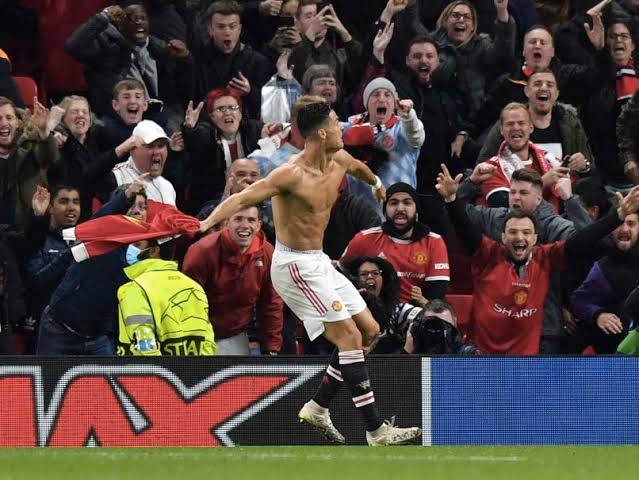 source
five times ballon d'or winner Cristiano Ronaldo are preparing for tomorrow game against everton , Cristiano Ronaldo who showed his quality value in champions League with many experience, he scored one goal in 90+5 minutes. That is what we the fans went from he as a greatest of all time he's, although Manchester United find it difficult to win villarreal due to some many injuries update such as marcus Rashford , harry maguire luke shaw , Manchester United will do anything possible to win against everton and maintenance they tittle race in english premier League . Cristiano ronaldo was very disappointed against aton villa match because of low and weak performance from his teammates tomorrow we are expecting them to perform well . influence Cristiano Ronaldo have bring Manchester United more followers on twitter and instagram and such another social media . Many supporter buy ticket just to show Cristiano Ronaldo in pitch .

Congratulations @ezeudo10! You have completed the following achievement on the Hive blockchain and have been rewarded with new badge(s) :