Australia: The new champion is on the town ! 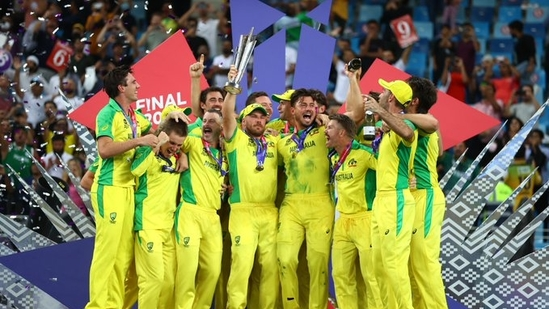 Australia is the champions of T-20 World Cup-2021. They won over New-Zealand in the grand-final by 8 wickets and became a champions of the world. It was a tournament that defied all predictions. For the first time, Australia win a T-20 world cup in history of cricket, they never won it before. They works hard for this and gets the result. That's a dream for the all supporters, players and the management of cricket Australia and they fulfilled this.

Their journey to became a champion isn't easy at all. They prepared a balance team before the world cup tournament. They wasn't played wel in asian condition specially against spin bowl. That's why, they tried hard and played against asian nation like Bangladesh before the start of the tournament as a practice for the world cup. Tried to improve their lackings and week positions as wel.

They played wel in all group stage games except against England. Won over Sri-Lanka, Bangladesh, west-Indies and South-Africa and gain Crucial 8 points. By run rate difference the are qualified for the semifinal as a Runner-up from group -A. That's a fortunate for them, because South-Africa also have same points in their hand. But they are knocked out due to lower run-rate compare to other two teams.

In semifinal, team Australia faced tournaments hot favourite Pakistan who are in great form. They played really wel in that match and won over them by brilliant batting from Warner and Wade. That was a very hard game for them and they placed themselves in the final, where New-Zealand are waiting for them. Now, they are the champions of world by beating New-Zealand in the final by 8 wickets. Warner and Marsh is the hero of that final.

Australia played best in every department. They batted wel, balled wel and their fielding was outstandingly good. Warner leads the batting side in whole tournament and he became the 2ND highest run scorer in this tournament. Also, he is announcement as a MAN OF THE TOURNAMENT of T-20 world cup -2021. Mitchell Marsh was the Player of the Match of final.

Player of the Match in T20 WC final:

Player of the Tournament in T20 WCs:

At last, I want to say Congratulations to team Australia for became the champions of world.