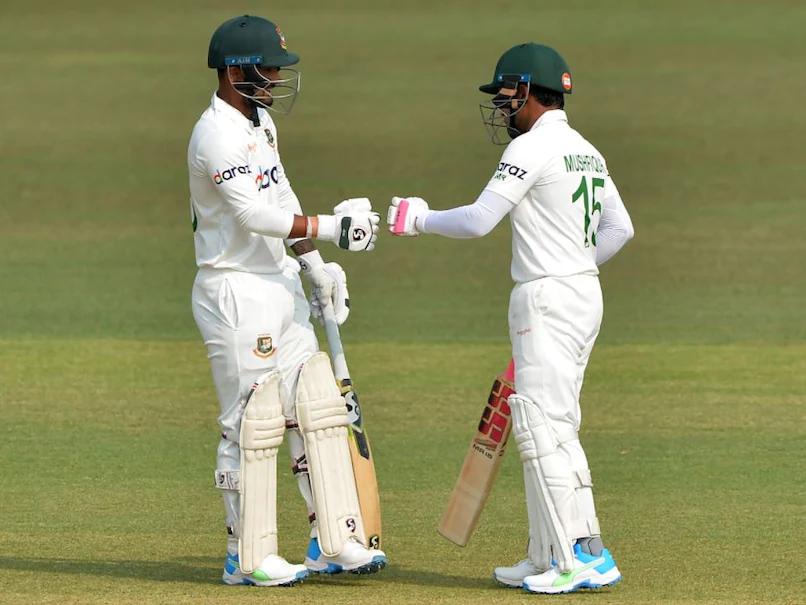 After the T-20 series Bangladesh and Pakistan are playing their first test match at Chattrogram. Both teams are playing this test match after a long time. Few days ago, Pakistan beat Bangladesh in three match T-20 series by 3-0 match difference at Mirpur. Also they were excellent in T-20 world cup this year. On the other hand Bangladesh is in opposite direction. They played worst ever world cup in their history. Whitewash against Pakistan in their home ground. They wasn't good in any Department. Also they are missing their key players in this test due to their injury and other problems. So, Pakistan is considered as a favourite for this test series.

Today, In the morning Bangladesh won the toss and chose to Bat first.

Shadman Islam and Saif Hasan opened Bangladesh innings today. They try hard to give bd a good opening total but they failed to score more then 14 runs. Both of them gets out by scoring only 14 runs. Pakistani bowler Hasan Ali and Shaheen Shah Afridi bowled really well and gives Pakistan a good start. Najmul Hassain Shanto and captain Mominul Haque also failed to score more then 15 runs. Bangladesh lose their first four wickets when only 49 runs on the board. Then Mushfiqur Rahim and Liton Das came into the crease for batting. They are on the pressure due to lose four early wickets and they have to do something if Bangladesh want to post a good score on the board. Both of them were off form in their previous matches, so this is time to prove their worth.

Finally both of them played a good innings and remains unbeaten in first day. Liton Das gets his test hundred and Musfiqur is on 82 runs. Pakistani fielders missed many chances today. Finally, Musfiq and Liton on the back of their unbeaten 204 run stand which ensured that their team would be happier side at the close of day's play. Bangladesh ends with 253/4 in first day.

Who wants to read this? A flat description. Newspaper does better. Have you read the match report from ESPNcricinfo? Much much better…

Don’t do this. This is what I call a “shitpost”

Sorry Dada , I am trying to improve. Thanks for your important suggestion .