Can Argentina qualify for the round of Sixteen? 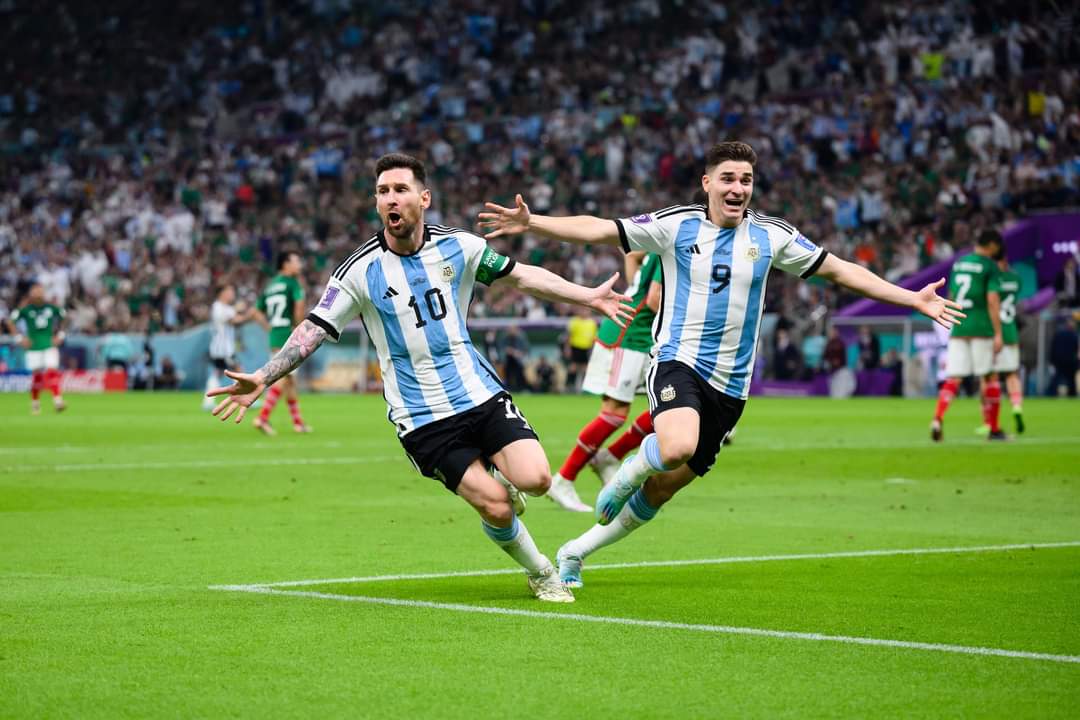 Argentina!! Another name for the love of football for the people of Bangladesh. Maradona, Messi's magic has created millions of fan support here. From generation to generation that belongs. Along with Argentina, Brazil also has many fans. But the number of supporters of Argentina surpasses everyone. Moreover, there are some supporters of Germany, France, and also Portugal.

The mood of football in this country is most visible during the World Cup. Bangladesh is decorated with colorful flags and walls during this Megha tournament held every four years. Everyone tries to support their team to the maximum.

As every time, there is no shortage of joy in Qatar World Cup. However, millions of fans of Bangladesh were disappointed when their favorite team Argentina lost the first match. On the other hand, Brazil fans were busy celebrating after winning against Serbia in the first match.

A few days ago, Saudi Arabia and Latin American giant Argentina met in their first match in this World Cup held in Qatar. In that match, Saudi Arabia shocked football lovers by defeating Argentina, the superpower of Latin America. As much as the 2-1 win was a great achievement for the Muslim country Saudi Arabia, it was a disappointing loss for Argentina. After unbeaten 36 matches in a row, such a loss is by no means desirable, that too on a stage like the World Cup.

After this loss, the road to the round of sixteen has become very difficult for Argentina. However, the Latin American country turned around in the second match of their group stage. They beat Mexico by 2-0 to keep their hopes of knock-out alive. A win against Poland later in the match would see them progress to the last sixteen as group-stage champions. But if there is a draw then you have to read between different equations. And if they lose, they have to leave the World Cup. But it is expected that Argentina will enter the next round with a win.

Well, they have their "final" against Poland now. I think they can totally do it, but it will certainly not be a piece of cake

Let's what they can do now!

They look like they will struggle the further they move into the tournament.

Indeed! Their team combination isn't good at all. Without Messi, I didn't see anyone plays quality football.

I was shocked to see Saudi Arabia beat almighty Argentina 2-1. I think the win against Argentina's first match in Qatar contributed to their improvement by making them beat Mexico 2-0. Argentina may likely qualify for the round off-sixteen but beating Polan will not be easy.

I was shocked to see Saudi Arabia beat almighty Argentina 2-1.

Me too. But they played really well.

If poland beat Argentine next match,

On paper, Argentina has the talent to beat Poland. However, we've seen our fair share of surprises in this tournament to assume anything. Poland have top players too.

Yeah ; Like messi is for Argentina, Poland have Robert Lewandowski. Let's see what happend next!

I strongly believe Argentina will beat Poland in the last group stage match, both team will play like it's a final, it will be tough but Argentina will push through to the round of 16.