Mohammad Rafique was born in 1970 at Dhaka in Bangladesh. From his childhood, he was interested to play cricket. But he belongs from a poor family, that's why he worked very hard to become a professional cricketer.In his time Bangladesh cricket wasn’t well established. So, It was very difficult for him to do something exceptional. Rafique started his career as a left arm seamer but after few days he started to bowl slow orthodox spin bowling by the influence of Pakistani All-rounder Wasim Haider.

By his consistent performance, he called up for Bangladesh national team & in December 1994, he bowled really with a figure of 3/25 to beat India ‘A' in the 2nd SAARC cricket tournament.

We was excellent in international level with Bangladesh National cricket team. When Bangladesh won the 1997 ICC trophy, he played a major role in the whole tournament with both bat an ball. By playing 9 matches, he took 19 wickets at an average of 10.68 with best bowling performance of 4/25 against scotland. He scored valuable 26 runs from 15 balls at the final match which made the difference against Kenya. In his career, Rafique achieved the double of 100 wickets and 100 runs in both formats. He also played in Indian cricket League (ICL) in one time .

Also, he is a player with great heart. After wining ICC cup in 1997, all team members of the cticket team and managing committee meet with honorable prime minister of Bangladesh. In this programme, Prime Minister asked him, What he needed? He replied to make a bridge in his village area to remove the sufferings of his villagers. Also he spend his prize money to make a Hospital on his village. Such a pure hearted person he is ! 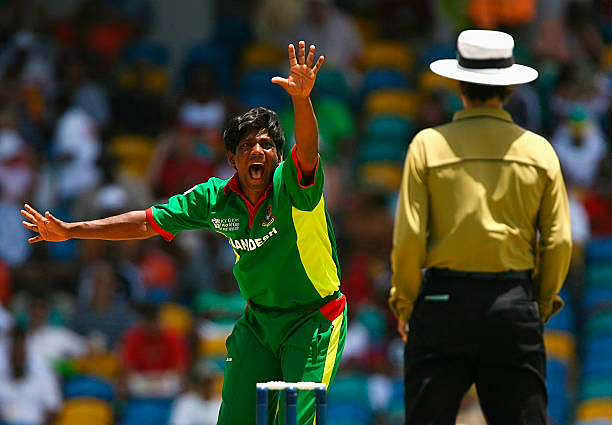 I am a fan of Bangladesh cricket team. But sadly I did not have the good fortune to watch Mohammad Rafiq play. The popularity of cricket is not the same as before.

The popularity of cricket is not the same as before.

I agree with you in this point. But in past, Mohammad Rafique did many things for Bangladesh cricket. You can see some of his performances in You-tube :-)
Thanks for read my blog.

That was the golden age of Bangladesh Cricket. I still prefer that time more than now. And Mohammad Rafique is one of my favorite players of all the time, so down to earth.

He is a legend of Bangladesh cricket & also a pure hearted person.
Thanks for read my Blog. Congratulations @fa-him!
You raised your level and are now a Minnow!