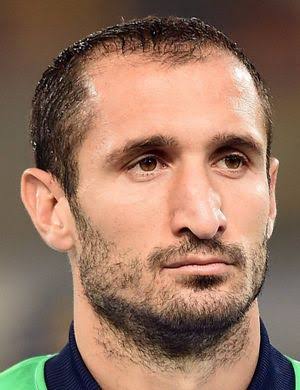 Chiellini says yes the victory is sweet in sport. But racism is a shame to the sporting world . If sporting fraternity cannot stop racism in sport then the men in charge of sports should stop the sports from taking place . We cannot continue living like this, like nothing terribly is happening.

Sport is for everyone to freely express their talents despite where they come from and who they are. Once you discontinue sporting events across the world like the recent lockdown, you will see that people are doing this not because they are id**ts but because they are cruel. Taking the knee is never enough, bringing a sport lockdown will completely destroy racism with its roots in sport. Lay down the similar restrictions as you did with the society lockdown.

This is a terrible pandemic that we need to quickly attend with harsh, swiftly sanctions. I am Italian and I know this country is also an epicenter of racism. We can't continue playing while the other side is suffering, meanwhile they were supposed to be rejoicing for fulfilling their talents. If you cannot stop racism, then stop the sport itself. Peace will be amongst us all, we are equal.

Wow,what a word of knowledge and wisdom coming from the European championship winner,it is very important and vital that we all understand or let me say shift our attention to this side of the game,,cause if care is not taken it will bring an end to the world of sports,most especially football.

Racism is almost every in football and to my own believe and view ,it is highly affecting the performance of player's on the field of play,I don't want to say players with black colour are the only one experiencing this,but nevertheless that point can't be ignore,cause they have been more affected than players with other skin color.

Even at the just concluded European championship the incident arise again after Marcus Rashford and bukayo saka lost a penalty which gave the Italian the cup,lot of abusive words were throw at them on the pitch and even on social media,which ought not to be so.

I strongly agreed with Chiellini that a very strong measure should be put in place to control this act,unlike taking of kneel before starting match which to me is not the solution,just as zaha of crystal palace said last season and that was why he refused to ho on his kneel.

I won't mind seeing a total football lockdown too,just to put fans into check and even educate them that players too are humans and can make mistakes,to be honest with you I strongly believe that one side of football is to make one or two mistakes on the Field of play to enable the opponent to win,to me a strong measure should be put in place to put an end to racism in the world of sports.

PLAYERS ARE HUMANS,RACISM WILL ONLY KILL THE GAME
SAY NO TO RACISM

Racism has done so much harm than good in the game of football.is a sickness which the vacine has not been discovered. Sports shld be an avenue where players express them selves without minding where they come from or the colour of there skin.it is disease that shld be address immediately.A stiff penalty should be given to any body who champions it.fifa should enact law of racism.

Great one from the italian defender standing against this terrible act done by some unscrupulous fans.
This bad actors give this interesting game of football a sour and bad taste. I hope some are taken as a scapegoat and seriously dealt with.

This racism against black players has really been an issue for a long time now. Serious measures has to be put in place to tackle these impediments if it needs to be totally eradicated from sport. I believe top football players especially the popular ones have a part to play in this by standing up against it in there different capacity and shunning fans who partake in this sad behavior.

After seeing the recent one that happened in the just-concluded European Championship, it's really broke my heart seeing the attack to the black folks of the English team with Marcus rashford, Jordan Sancho and bukoya Saka coming under serious attacks.

Agree with Chiellini, more should be done by the football authorities. it should go beyond just bending the knees like it's done in the beginning of some matches. that is just turning to be a tradition with no real changes. A sport lockdown may actually help to an extent so this stupid fans in participate in this wickedness wake up to the realities that football is more than this rubbish and embrace the happiness that everyone should enjoy from the sport.