Formula 1 GP In Imola - Ferraris Nightmare in the Living Room! 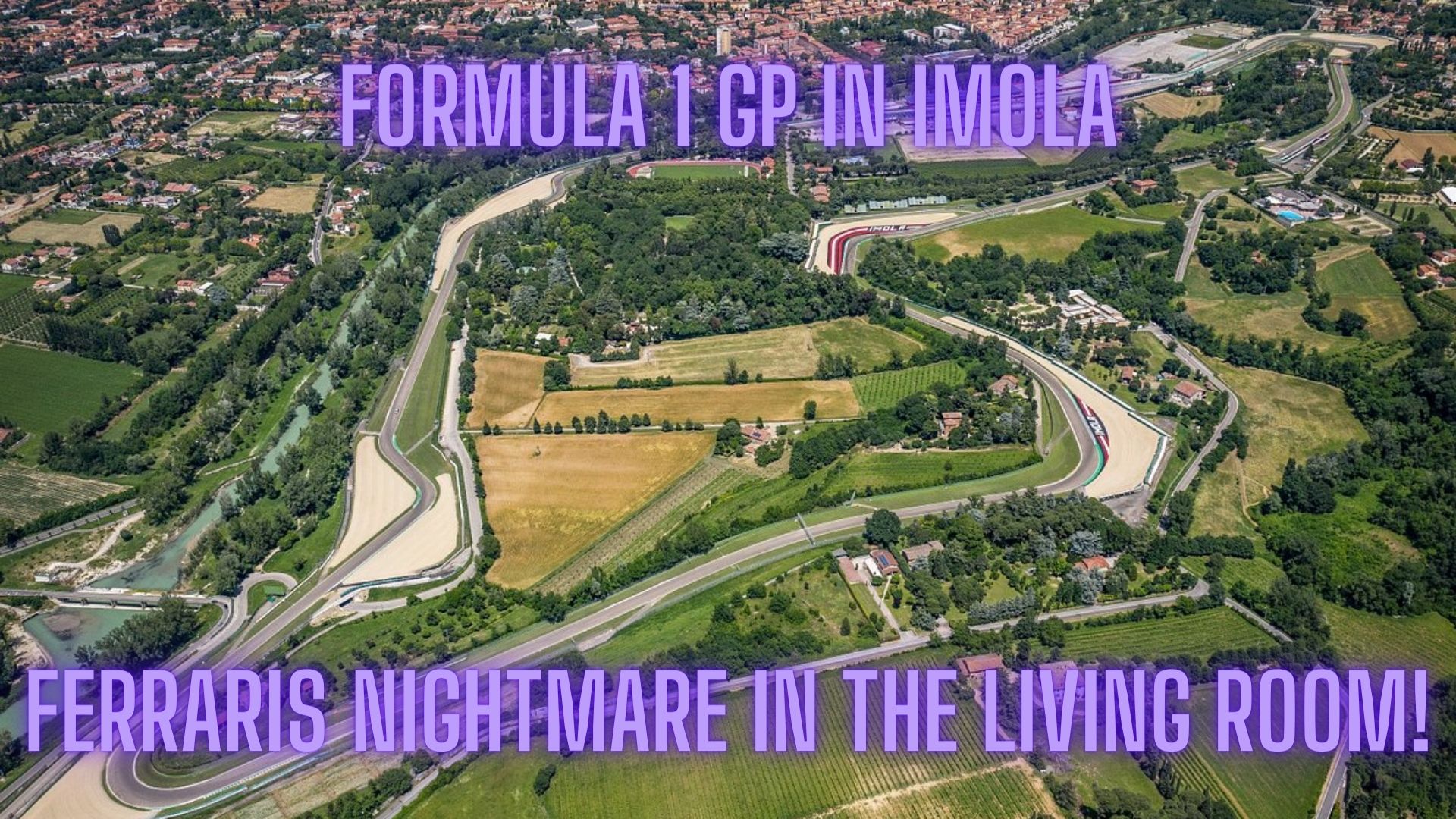 Finally, another race weekend that is not taking place on an obscure hour of the Day! :D The previous week in Australia, I unfortunately missed because I overslept but this time around I managed to watch the race entirely again. This race weekend was in Italy and it was the home race for the Ferraris which is always a great race weekend. This time around the weekend was structured a little bit different as there was a Sprint Race on Saturday which we will talk about as well. Other than that we will briefly go over the Qualifying and the Race. In the end I will give my thoughts on the weekend and try to take a look into the future.

Because the Saturday was reserved for the Sprint Race the actual qualifying took place on Friday. It was very difficult for many drivers as it was raining on that day. This lead to less grip which the Merc drivers had to fight with extremely. The only ones not having real troubles were once again Charles Leclerc and Max Verstappen. Which resulted in P1 for Max and P2 for Charles. A very surprising P3 was achieved by Lando. This is very good news for every McLaren fan out there as Daniel Ricciardo managed to take P6. After a horrific start into the season, it looks like McLaren is finally catching up a bit. Furthermore, it looks like Haas is continuing its surprise season because Kevin Magnussen was able to get P4. Like mentioned before, Mercedes underperformed once again with both drivers being out in Q2.

The sprint race had a slightly different format this season. While the race itself did not change, the achieved points changed. The first eight drivers are eligible for points: While the first place gets 8 points the 8th place gets one point. All positions in between will get one point less than the precious one. Furthermore, the pole position holder from qualifying will get the pole position in the race regardless his end position in the sprint race. In my opinion a very interesting rule to say the least.

The Sprint Race itself was a very fun one to watch. From the beginning Charles Leclerc caught Max napping and stole his first position straight after the start. Furthermore, many drivers were able to improve their positions for the race day. The clear winner was Carlos Sainz who managed to get up to the fourth place. While Kevin Magnussen had to be satisfied with his P8 for Sunday. The small hope that Mercedes had for this Sprint was very quickly gone as both drivers will start form P14 and P11. The most interesting fight was once again the fight between Max and Charles. Shortly before the end of the race Max was able to overtake Charles and regain his lost pole position. This fight was very entertaining and promised a lot of tension and overtakes for the upcoming race on Sunday!

The first lap of the race had its first victims straight away. With Fernando Alonso having to retire his car and Carlos Sainz being out in the first lap due to a touch from Ricciardo was everything other than great news for the two Spaniards. The news for Ferrari got worse as Leclerc lost his second position and dropped down into 4th place, making both Redbulls of Verstappen and Perez leading the race. Everybody started on intermediates as the track was very wet from the rain before which was the only interesting fact for the first few laps. Verstappen very quickly managed to pull away, leaving us with the only interesting action in the midfield.

In Lap 20, the first drivers changed to slicks which was a move that brought some more tension into the race. The leaders managed to stay ahead but the midfield was disrupted by some bad pit stops and some dangerous driving inside the pit lane (Ocon vs Hamilton). After that the fans had to wait another 14 laps until DRS was enabled which finally put some action into the race. It was really entertaining to watch Lewis Hamilton trying to overtake Pierre Gasly. Unfortunately for Lewis, the Frenchman was always able to defend very well.

While this was the most entertaining part for most of the race, Leclerc managed to take third place in the meanwhile. In order to make better moves, Ferrari decided to change his tires from mediums to softs in the hopes of getting the fastest lap. This would result in a very bad outcome for Leclerc. In Lap 54 he lost control over his car and nearly had to retire. He was very lucky to bring his car into the pit lanes and change his front wing. Because of this incident, he felt down to P9 which put Lando Norris into P3 and secured both of the Red Bulls P1 & P2. George Russel managed to obtain a very strong 4th position followed by Valteri Bottas in P6. Leclerc managed to take 6th place at the end which was very unsatisfying for the strong Ferraris. Last but not least we have Hamilton, who finished in 14th place which is surely disappointing for the record world champion.

I think that after this race we could say that the season will certainly be a long one. Before this race many people were already banking on Charles finishing first in the drivers championship. But it looks like Red Bull have figured out the reliability issue on its cars and is also able to bring the performance on track. This means that we will probably see a very exciting season between Red Bull and Ferrari, if both Ferraris drivers will continue to deliver. Furthermore, we have to say that Mercedes were not able to solve their biggest issues yet. Although George Russel is currently driving above and beyond Lewis Hamilton seems to have issues finding his form. The qualifying times show as well that Mercedes has not the most performable car. I am really curious what curve balls this season will bring us and I am definitely looking forward to the next race in Miami!

It's rather unfortunate for Mercedes has they haven't been able to sort their car issues which have resulted in some bad performances.

Yeah, unfortunately you are correct