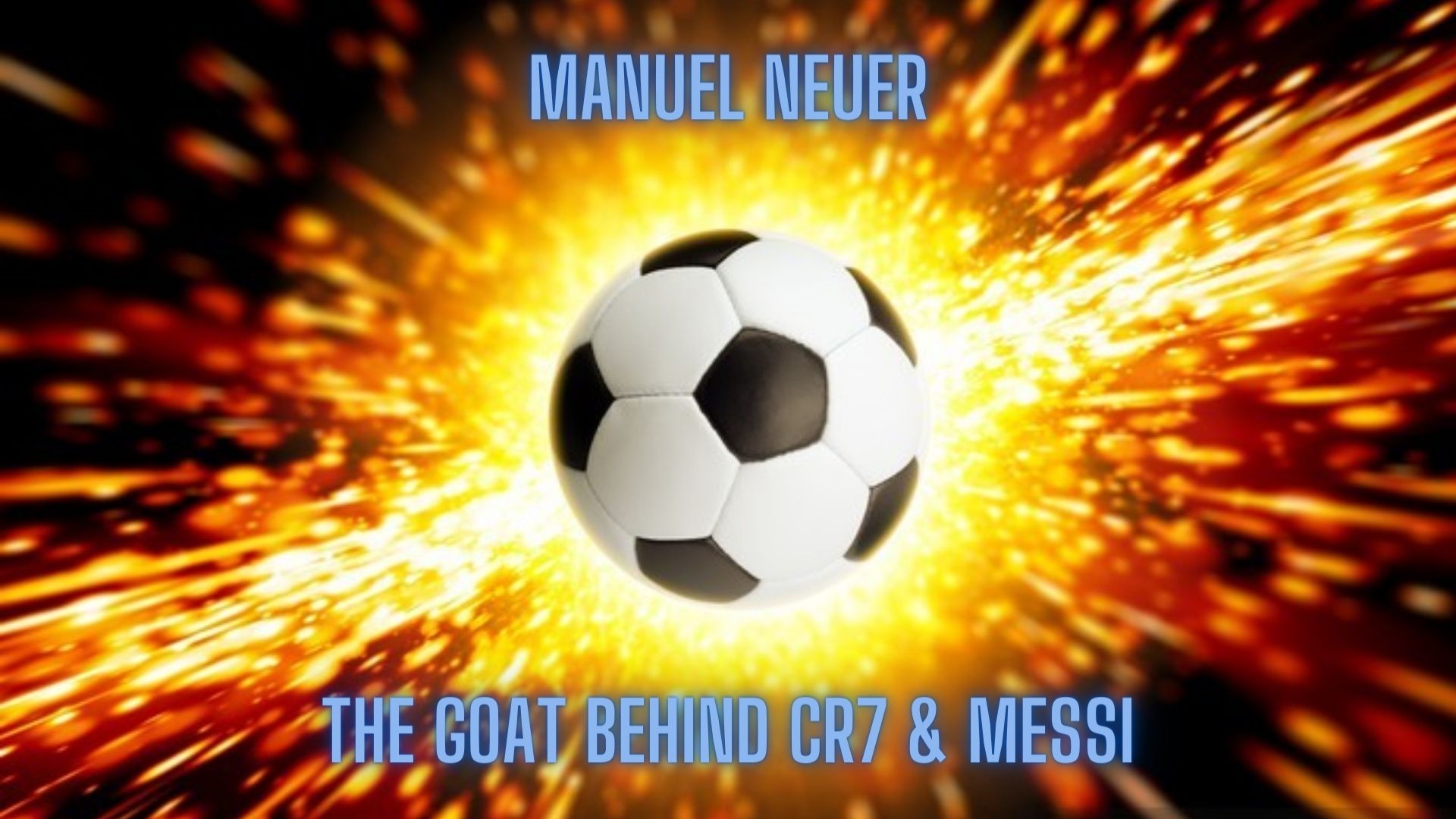 On the weekend I had an interesting discussion with my friends. We discussed once again who the best football player in the current generation should be. It was again a pretty endless discussion between Ronaldo and Messi until we finally switched topic. The topic was now: Who is the best player of the last 10-15 years behind those two? Very quickly names like Neymar, Mbappe or Bale came into play. But after a while a friend of mine mentioned one name that is stuck since then forever: Manuel Neuer! In this article I want to discuss why I think, this man deserves to be in the conversation for this number three spot. Obviously it is very biased since I am a goalkeeper myself but I am more than happy to have a discussion about this in the comments. 😊

Let’s talk about the obvious stuff first. This man is definitely not the worst goalkeeper out there and arguably the best one of the past decade but does he really deserve to be the number THREE player after the two aliens Ronaldo and Messi? If we look at the facts he definitely does not have to hide from those two. During his career he won several league cups as well as league titles. Many would argue that this is not a great accomplishment at a club like Bayern Munich and I would agree but then this would be the same case with Ronaldo and Messi.

It will get spicy if we look at his international accomplishments. Not only did he win the Champions League Title twice. Both times he was a major component in both games. Especially the final against PSG he was awarded man of the match and saved Bayern this title! Furthermore, he almost every time finished in the semi-finals of the Champions League and we all know that from there the daily form of the team will decide whether you make it to the final.

But he was not only successful in the Champions League. He had a very successful run with the German national team as well! In the year 2014 he was again the main component to winning the World Cup in Brazil. He was awarded goalkeeper of the tournament and many would even debated if he should have gotten player of the tournament as well. With his incredible presence as well as his offensive interpreted goalkeeping, he was the number one factor why Germany was able to win the World Cup. This is something that both Messi and Ronaldo did not win yet, by the way!

What is often forgotten is that Manuel Neuer was the guy who actually established the modern goalkeeping. I know what you think, there were many goalkeepers before him that were sweeping around and were actually very good with their feet. But Manuel Neuer combined everything in harmony! He had a great build up play, is able to read the game almost perfectly and has game-saving reflexes. He has got the whole package and can be taken as the prototype of modern goalkeeping.

I don’t think that any goalkeeper these days has a equally great balance between those attributes. While many goalies would be better at sweeping or have better reflexes, Manuel Neuer has probably the best combination of them all. To this date he is a very reliable personality in the squad of Bayern Munich and rarely shows consequences of his aging body. Of course there is the occasional faux-pas but it really does not matter as he will delete the next three open goals.

In my opinion, there is yet a goalkeeper to come that has the potential to step into Manuel Neuer’s steps and I think that because of this stability and consistency over the years paired with all of these accomplishments he deserves to be at least in the talks for the third best players of the past decade. I can see why people would say names like Neymar, Bale or Mbappe. Those players had their amazing seasons but are now not at the level that they were in these seasons. Especially players like Bale had many injuries and could not continue their all-time-high form. Players such as Mbappe are just to volatile in their performances.

On the other hand, Neuer is showing season after season why he should be considered the best goalkeeper in the world and this is why I would argue for him in this number three spot. Like I mentioned in the beginning: I am very open for a discussion and I would really like to read your opinions on the number three player of the past decade and especially on Neuer. Maybe I am being too biased here but this man really should be considered a legend when he retires.

Published by ga38jem on
Sports Talk Social
On 10th August 2022

It is difficult compare Neur with Ronaldo and Messi, because they are stricker,and Manuel is a goalkeeper, maybe he is the best in his position.

Yeah it is difficul, I agree with you, but I still think it is still somwhat possible :)

I think he should definately be in discussion as a generational player. Manuel Neuer went absolutely nuts for Schalke and got them to the Champions League semis before Bayern, almost single handedly! (Well he did use two hands to keep).

I've got a huge question to throw your way. Oliver Kahn or Manuel Neuer?

Yeah, it was very interesting to me that the Bayner fans did not want him first :D

Ohhh thats a hard one! I think both are absolute legends but if we compare both Primes, I think Neuer has to win this, just because he has a WC-title.

Thank you for reading and commenting! :)