The Last Battle Of The Buck 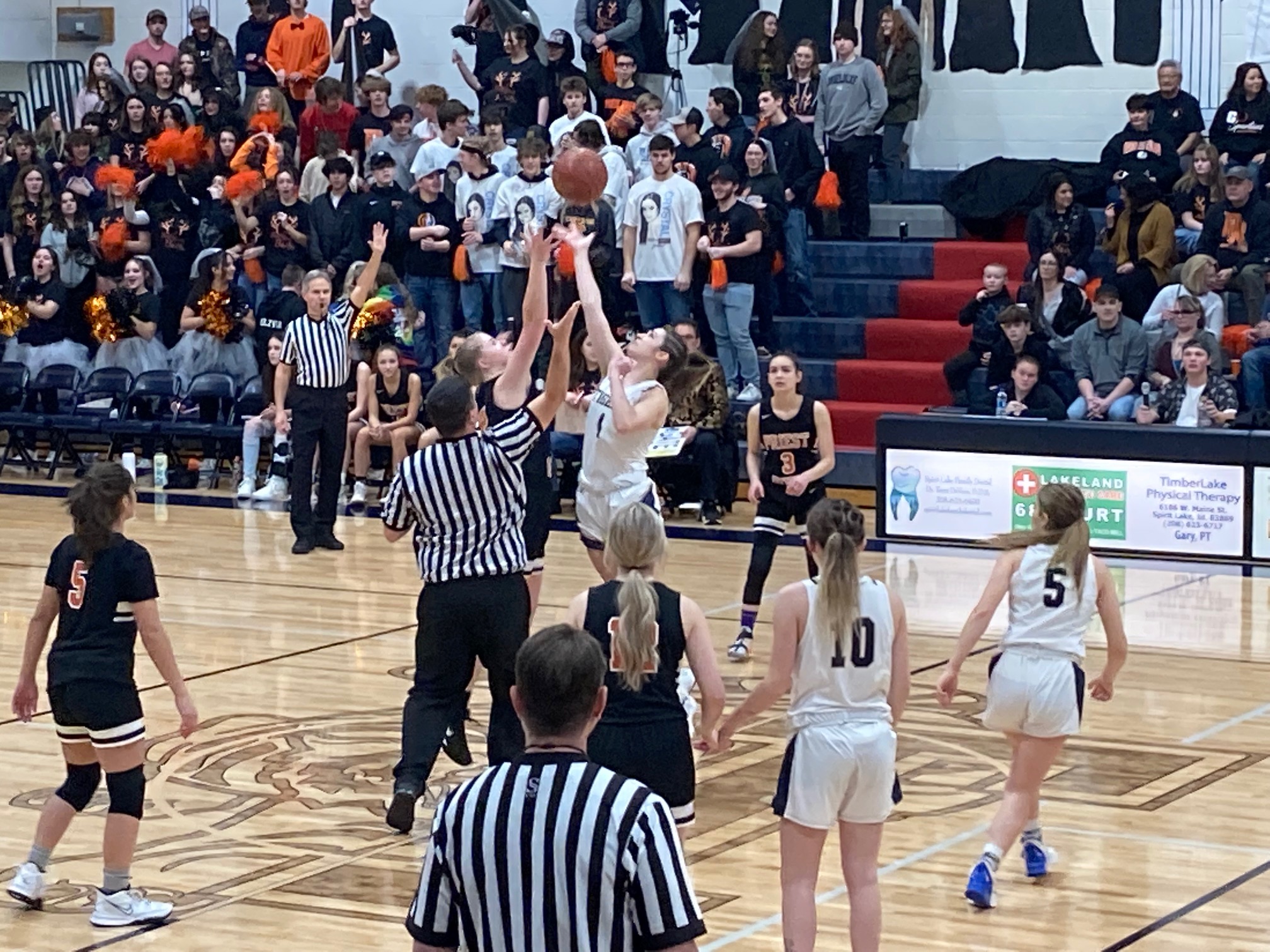 Many many moons ago, I strolled into our local high school gymnasium to watch my cousin play basketball in an inaugural event, The Battle Of The Buck. Our school had an ongoing rivalry with a neighboring school that was getting a bit, well, ugly. The leadership, both adult and youth, of our districts took it upon themselves to craft an event that was about fostering sportsmanship and camaraderie through healthy competition, and the Battle Of The Buck was born. 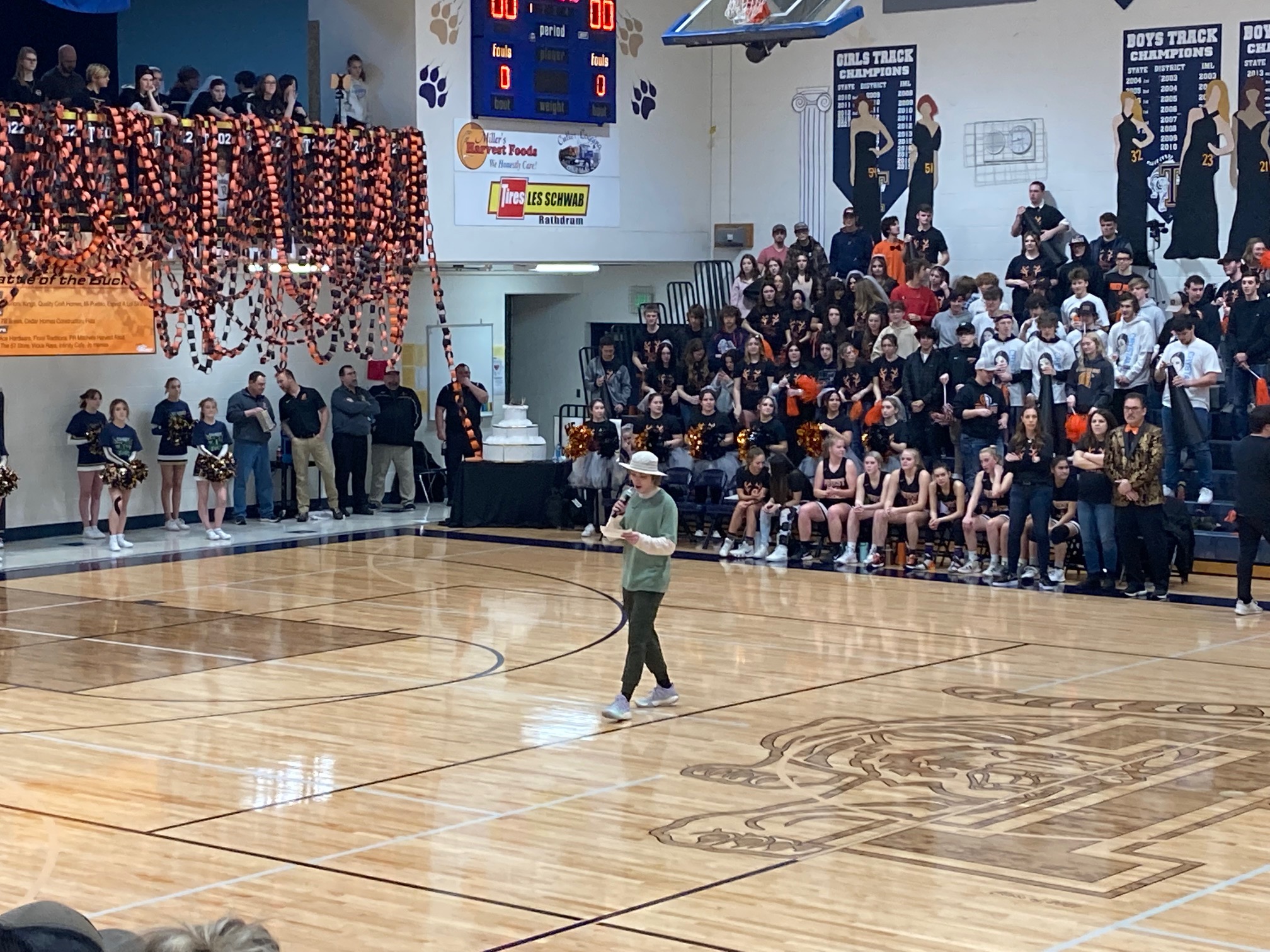 The Battle Of The Buck was to take place on a Saturday during basketball season, alternating each year which school would host it. There would be both a boys and girls varsity game played in addition to cheerleading competitions, battle of the school bands, and my favorite, a lip sync battle. 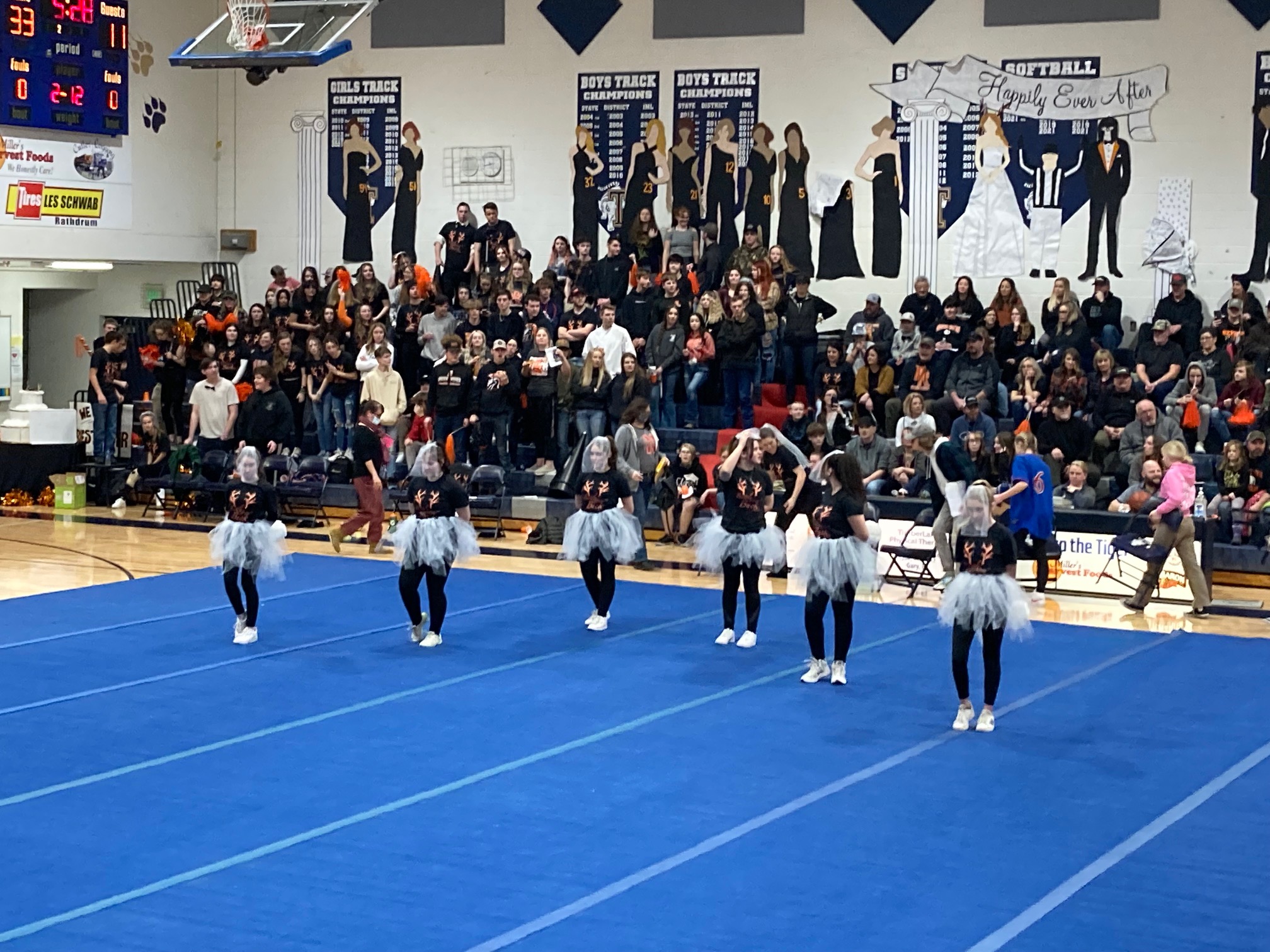 The very first Battle Of The Buck took place in 2003, the last one took place Saturday the 15th of January, 2022. It was a bittersweet event, for the kids, as usual competed their hearts out against each other. However, demographic changes are a fact of life. Some towns grow and thrive, others fade away. Our town has exploded over the last few years. Mainly due to the fact that we have a spectacular school system. Our neighbors to the north are not so lucky. Their town has declined along with their school. What this means is that our rival is dropping out of our league and getting reclassified into another league by school size. 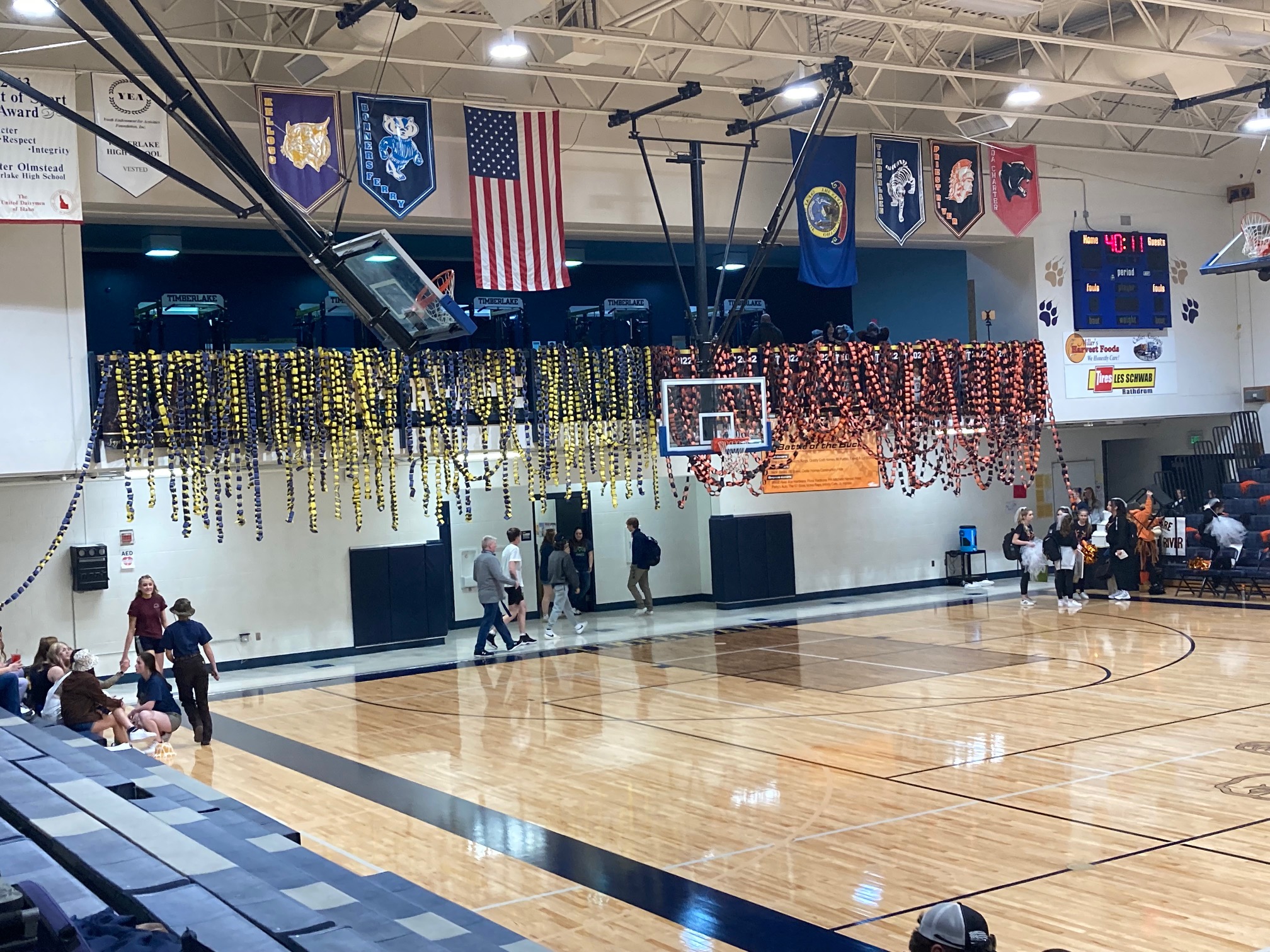 As I walked into the gym, my brain went full nostalgia mode, for each side of the gym was decorated to reflect each school's BOB theme. Our school's theme was Welcome to the Jungle and the kids took their decorating seriously. The entire home side of the gym was a jungle-themed testament to the ever-enduring power of construction paper.

Our rival's theme was a peculiar one, Let's Get Married Or something. There was a marriage theme everywhere you looked on the opposite side of the gym, including a flower bedecked archway. I was intrigued. 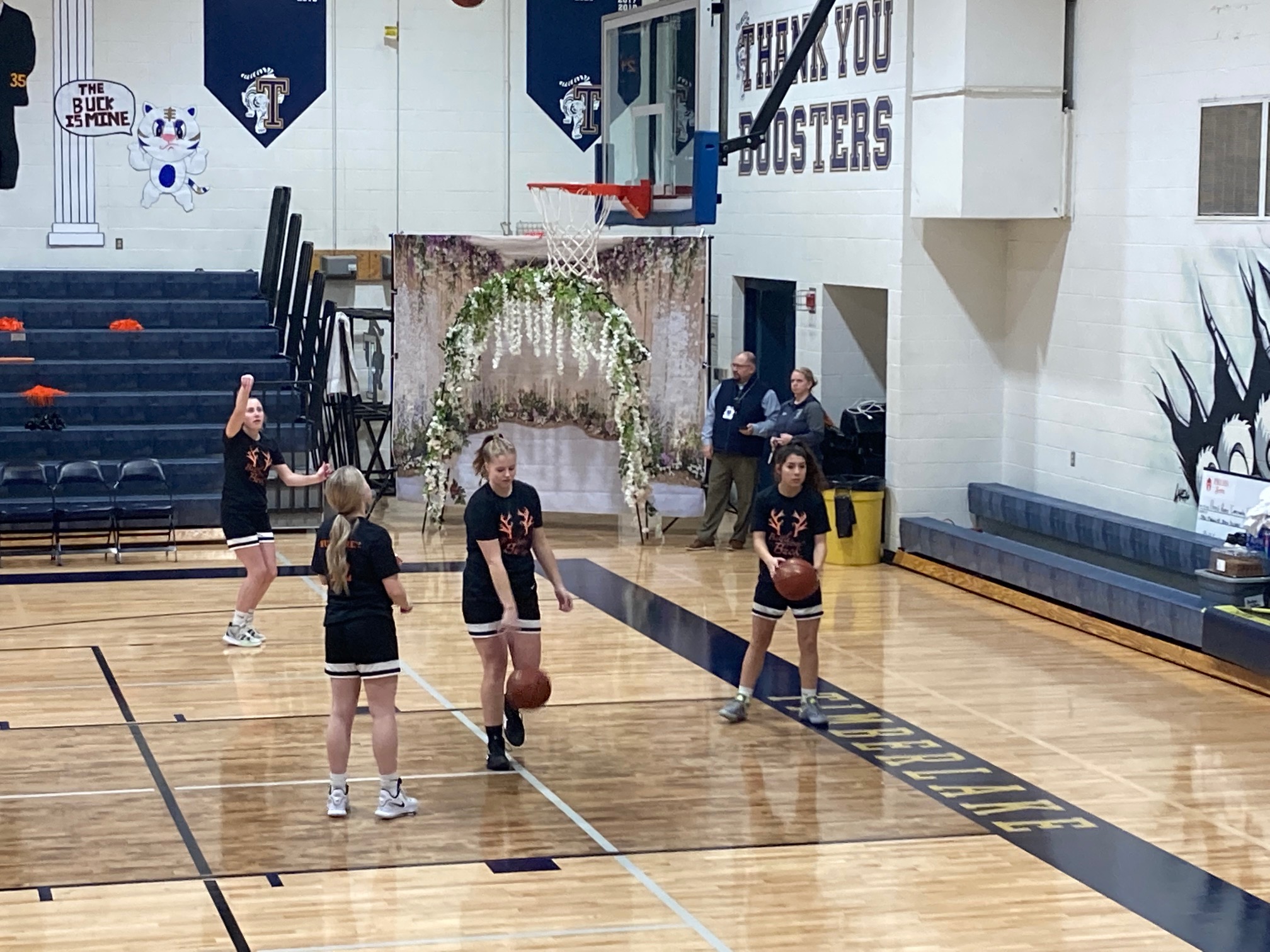 The girls basketball game was the first item of the program. It was an awesome game, but not very close as our girls are the reigning state champions and it showed. Both our girls basketball team and the cheer squad are tops in our league and after a outstanding showing by both during the girls game, I had a feeling we were in the lead for the Battle Of The Buck trophy, a set of festive deer horns.

The BOB is judged by a collection of judges from neighboring schools. In order to keep things as fair as possible the gaggle of judges has no affiliation with either competing school, although I did think it kinda hilarious that the opposing school had a guy dressed like a chef cater dinner to the judges. Hmm... 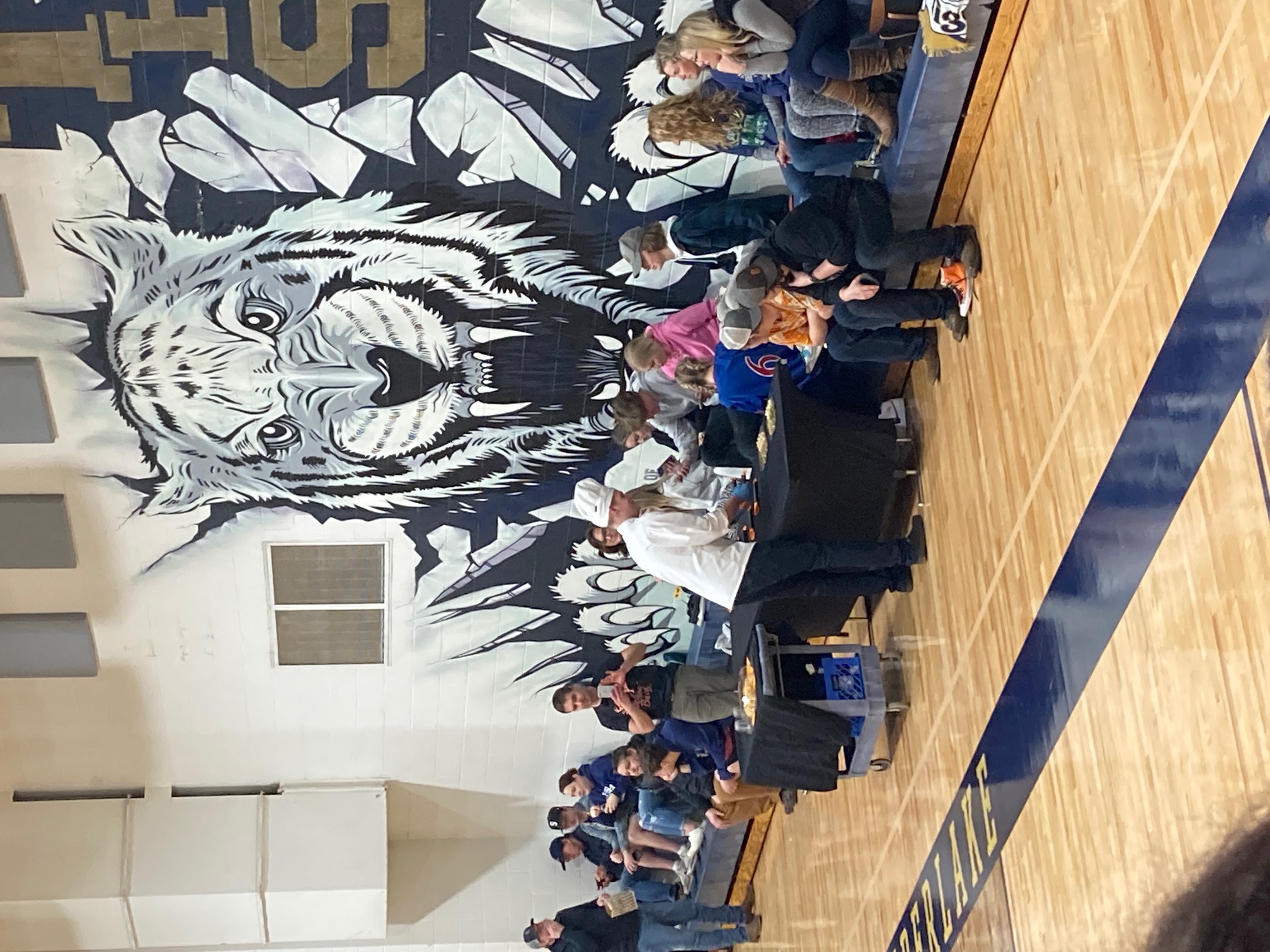 Anyway, after the girls game, the boys game began. It was a lot of closer, and by closer, I mean our team lost by a few points. All the teams played their hearts out, including exhibiting spectacular sportsmanship. There were no fists or foul words thrown, rather everybody was just trying to have a great time in the spectacle of it all.

Speaking of spectacle, I felt like I was an extra in Talladega Nights when all the opposing boys team ran out wearing Crystal Gale t-shirts, so much giggling.... 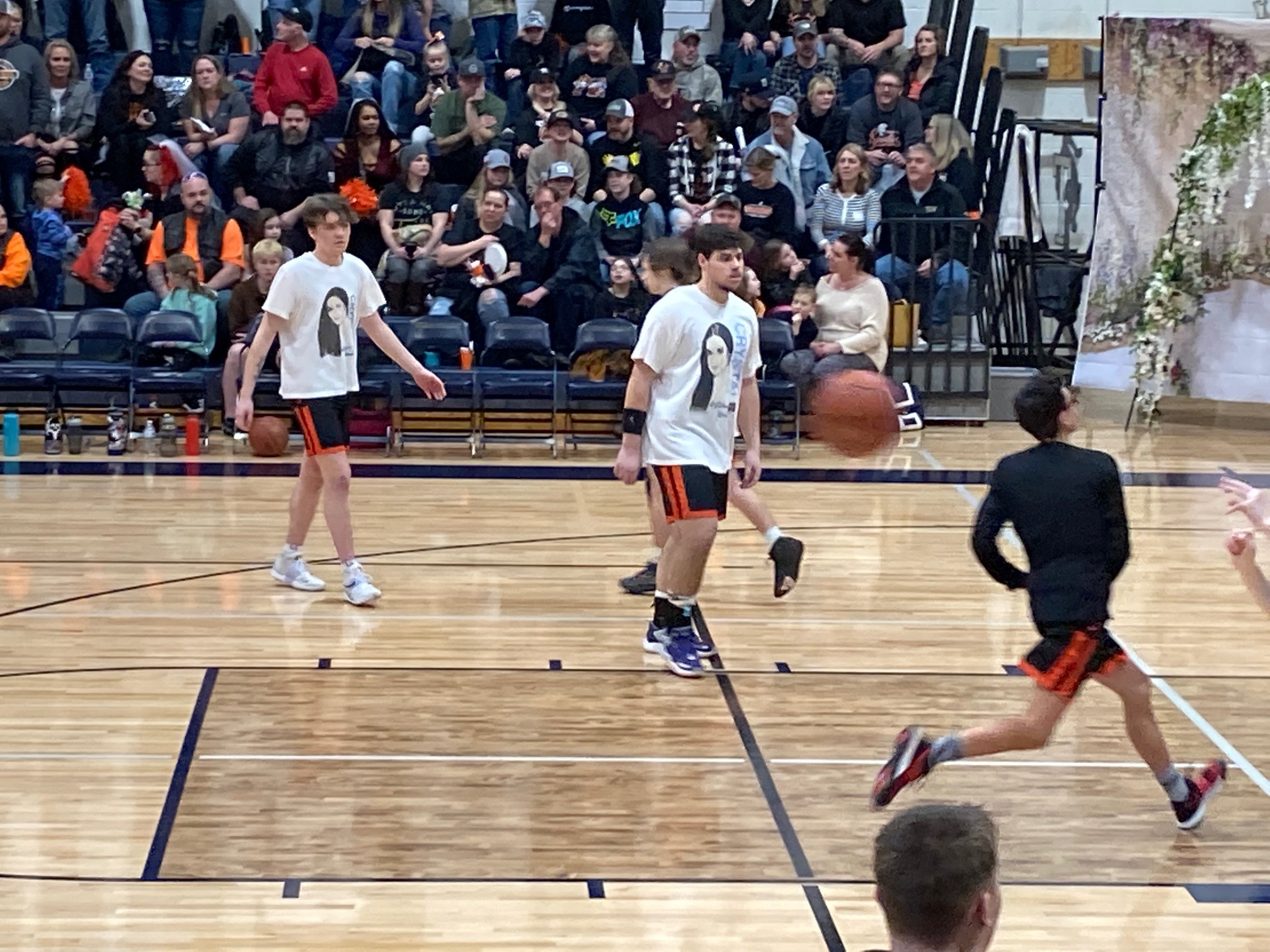 Finally, halftime of the boys game arrived, and with it came my favorite part of any Battle Of The Buck, the lip sync. Each school performs a lip sync with a set list and story derived from their theme. I was really curious to see how the wedding thing played out.

And boy was I not disappointed, our rival's performance was equal parts Romeo and Juliet and West Side Story. They did an actual wedding story which was sort of unique and a bit on the head scratching side. I have to give them props for creativity. 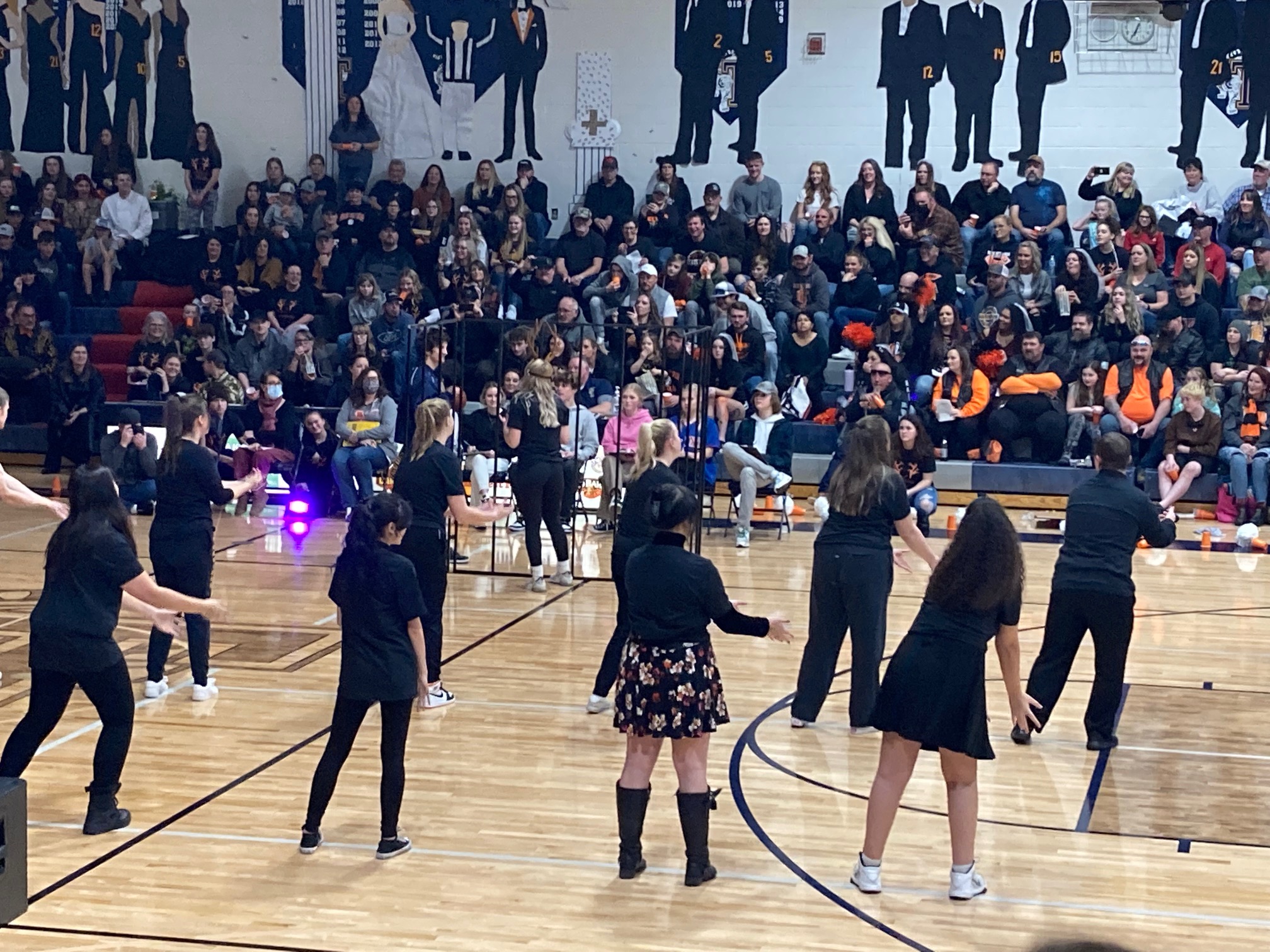 Our kids went full jungle with their jungle theme. They made a play list that had every jungle song one could think of in it (Yes, Guns and Roses made the cut). There was even a spear dance section (with fake bamboo spears lol), and the entire crowd sang along with The Lion King selections. I was impressed. 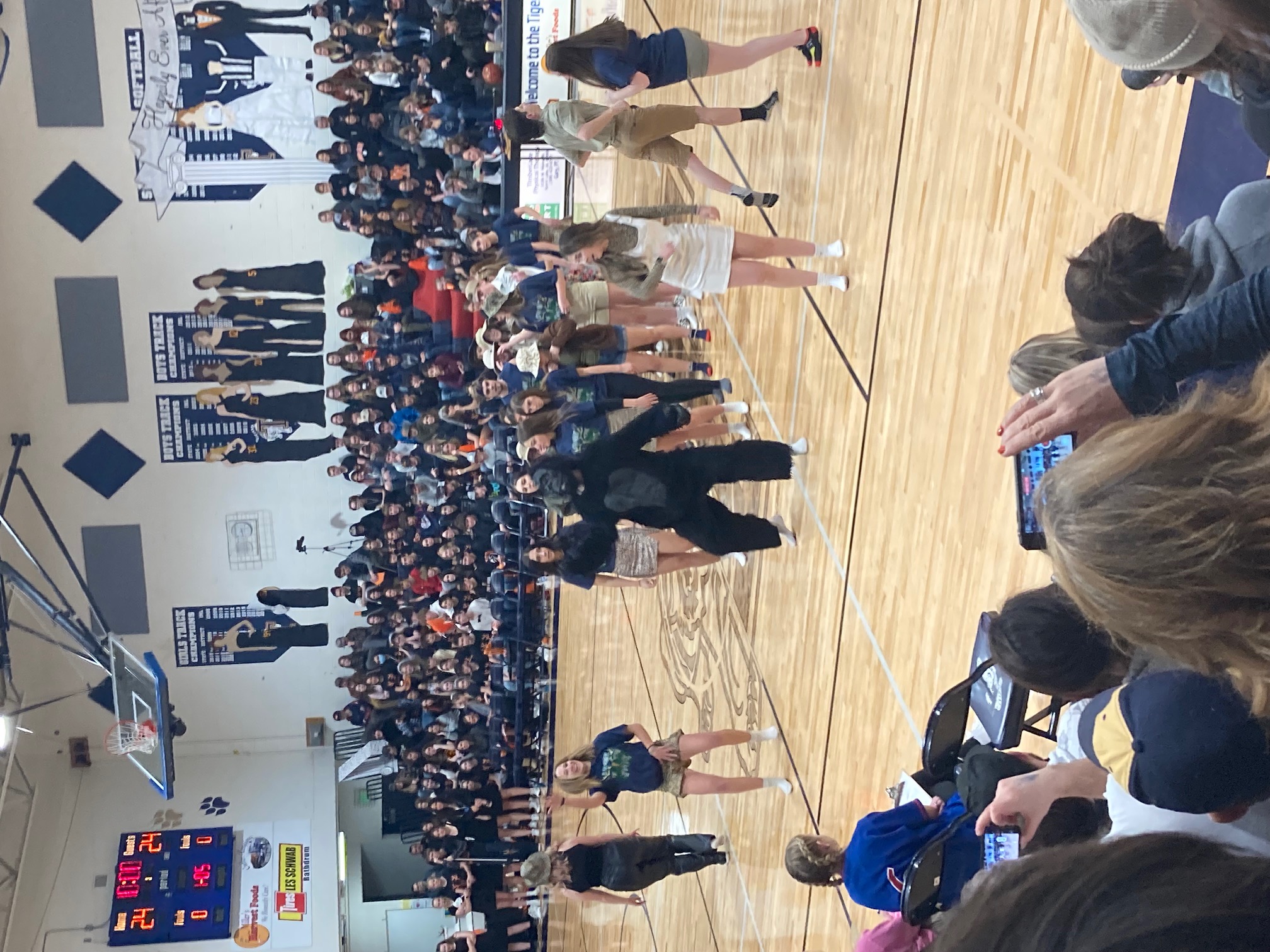 Shortly after the game ended, it was time to announce the winner. Our school has won the BOB for the last four years straight, and they made it a fifth victory that night. What made it special, aside from the fact that I was barely an adult when I attended the first BOB, was that my children were in the throng that rushed the gym floor to hoist the antler trophy to the sky. 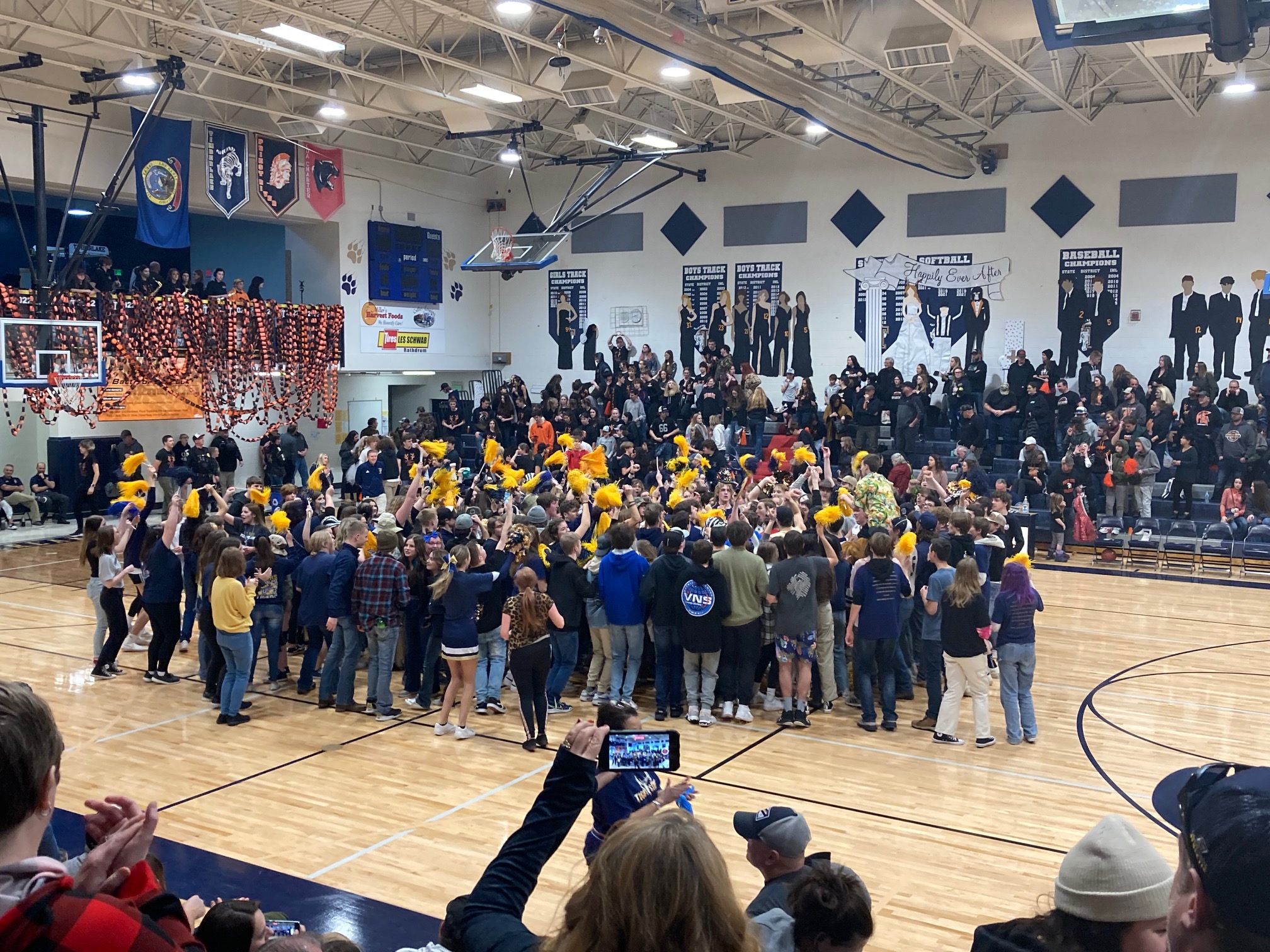 I'll miss The Battle Of The Buck, it was a normal benchmark in the passing of any winter. This year I especially appreciated it, for after two years of the world going mad, I marveled at how comfortable, yet slightly strange it felt to be sitting in a gym full of a couple thousand people. Things can and do always change.

And as most of the time, all of the images in this post were taken on the author's jungle detritus free iPhone.
hive-148441 life sports community competition school smalltown blog
0
0
0.000
12 comments

What a hoot!!!!! Congratulations on winning the BOB!!!

For a moment there, you had me missing the fun of High School, but, I had just as much fun watching my own!

Hope you are feeling all better!! xoxo

I “momentarily “le sighed” with you, I do so miss playing sports, but you are so right about it being just as much fun watching le offspring!

I’m finally starting to feel better, thanks for the healing smiles😊

Kind of reminds me of my pep band days in high school! Fun times.

Good morning OGP! You were in the pep band? That is beyond awesome! Now I’m dying to know what instrument you played!?!?

Ok well I am going to shoot you straight coz we are friends, just dont spread it around lol. I would love to say trumpet but I had braces...so it ended up being clarinet lol. About 6 years worth. However, I was still pretty cool coz I did play guitar. To prove it here is an old pic and I am on the left with my Les Paul that I still own lol. That pic is beyond rad! And what an awesome thing to come home from a weekend in the woods to behold! And guess what?! I played clarinet too! For only two years because we moved to the wilderness, and then I too moved on to guitar. I have a Fender Heartfield that my papa bought me, I absolutely adore your Les Paul! Bet you cranked out some face melting solos with that beast!

Only two of my kids attended the local high school, briefly, and part time. So I never attended a BOB. It looks like a lot of fun. And noise. The creativity certainly is impressive. So interesting that you were there for the first and last competitions.

You are so right about the noise! With the band and large crowd, it's a bit of a deafening cacophony for sure, but so, so much fun!

And I am still amused that I was there for the first and the last. There was a big gap in the middle where I missed quite a few, but toddlers have a way of cramping your social schedule lol! (They are worth it though😊)