It's Been a Long Time Coming.

I feel it has been a long time coming now and it's only a matter of time before we see the full view of it. I told many people a long time ago that we shouldn't get carried away with the Salah and Mane thing because they are not close buddies. I have seen their friction over time and I've studied Mane's body language a long time ago when it comes to celebrating goals that Salah scores. 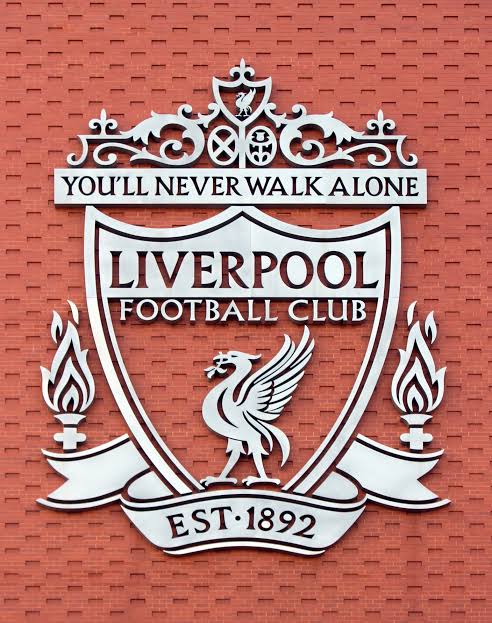 There was a time they said they don't pass to each other. There was a time Mane was furious about Salah's perceived selfishness. It has all been building up and when I recently saw the salary gap between Mane and Salah I knew this was it. I knew this was one of the many things getting Mane wound up because he feels he is not getting the recognition his efforts deserve. To see Matip and even Milner earn more is not encouraging and I don't know how true that list is but I am sure he is earning lesser than Salah.

I don't think he is asking for too much to be treated with respect but if he loves Liverpool through and through, I think it's something that can be discussed at the round table. For him to come out and say he would do what Senegalese wants him to do despite knowing the poll says 60-70% wants him to leave can either mean two things: 1. He wants to see how Liverpool would react. 2. He has had enough.

He must have felt Salah was being preferred over him after he used to come off most of the time rather than Salah during games. And if the video I saw on YouTube was real and not doctored, the way Klopp quickly refrained from hugging Mane after Salah showed up on the back of the Nations Cup win for Senegal says a lot that most people don't want to hurt Salah. I can only imagine how Mane would feel even though I read that he said they shouldn't celebrate his Nations Cup win in front of Salah because of how it would make him feel.

I feel the management of this thing is wrong and when I read Klopp's response too it shows he has already given up on either convincing Mane or he just doesn't care enough when he said "I believe wherever Mane would play next season, he would be a big player." Mane might be saying all that to force Liverpool's hands and Liverpool is staying on their ground too because they wouldn't want any player to dictate to them. In all honesty, I am for a team sticking to their guns and not allowing a player to dictate to them but I am also for the fact that you have to give better pay to someone whose value you have seen over the years.

It remains to be seen what would happen in this transfer window as both parties are playing hardball and no one knows who will be hit hard. If Mane leaves, he would be a great signing for any team that gets his signature and most notably, Bayern Munich, especially now that we know that Robert Lewandowski has the desire to leave. On the part of Liverpool, Mane would be missed but he is not irreplaceable. They have Jota and Luis Diaz...and knowing how Klopp is so good with finding gems, it's a matter of time before he finds someone to take the place of Mane.

Liverpool suffered when Coutinho left but they adapted and it brought them to this point. They might suffer a bit when Mane leaves but it would only make them adapt yet again and dazzle us with amazing football. We have to wait and see how all these would play out but it's still going to be a win-win for both parties, however hard they choose to play their balls.

I've noticed the friction a long time ago too and it's starting to make sense now. We will know the decision in few days to come.

Yes, it's a matter of time. We would soon know.

I actually think Liverpool will be stronger without Mane and is easily replaced. He is a very good player and if he wants to leave let him leave but only for the right price.

Me too. Klopp knows how to find suitable replacement for every position. He is good but he's not bigger than the club.

Thank you for this.

Somehow their competitive to each other is quite advantage for Liverpool. Both love to score and that's really work.

Of course it is but when one feels underappreciated, it could also sense doom if care isn't taken.

I understand clubs trying to play hardball and not allow players dictate terms to them, but at what point does it translate to lack of appreciation?? Especially looking at the fact that Mane has been nothing but an obedient professional and has worked tirelessly for the club.

He is Messi of Liverpool already. I just wish they treated Mane better than this at least.

I hope they don't unknowingly become what they're trying to fight.

Oh well...we would soon find out.

if this ain’t true then what else is?!

the Mane Salah beef has been ongoing for a while now. How can we ever forget that Klopp vid abruptly hugging Mane before Salah could see them both . Mane is an OG , I’ve got huge respect for him. Wherever he is he will always make astonishing marks.

Exactly and I agree with you. He will make wave wherever he goes.

Hmmmmmmmmm. This is really gingered up.

I think that first season where Salah was massive has really given Liverpool a halo effect over his real talents. Due respect to him, I'd rather have Mane in my team and truly, Mane isn't getting the recognition he deserves. Imagine if the news were about Salah leaving, you can imagine how much Liverpool would have been scrambling to quench it. Remember when he was touted to be eyed by Real Madrid, we all saw how they moved quickly on that.

You can't choose for a club who they should prioritize if they see things differently. And, yes, their relationship has not been really smooth, perhaps leaving may be best for Mane. Another view could also be that we are the ones reading too much meaning to their body languages. It could be either way.

I agree with you. Liverpool would move swiftly if it was Salah and it could be us reading too much to their friction as you rightly said.