Great win for France against Australia 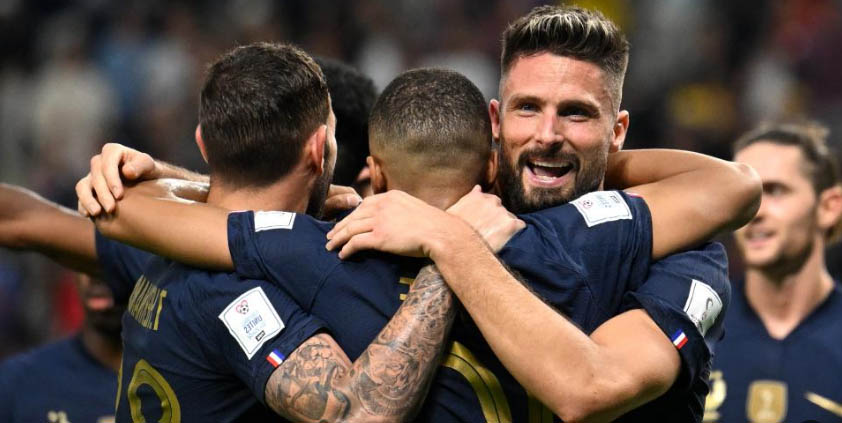 Welcome My Hive Friends,
A Group D match of the World Cup football tournament was held early (23) between Australia and the current football champions, France. There, France managed to defeat Australia by 4 goals to 1.
Meanwhile, the World Cup football match between Mexico and Poland ended in a draw.
The match between Mexico and Poland was held (22) at Stadium Nine seven Four (974), a much talked about stadium.
Designed using 974 recyclable containers, the stadium is also the world's first transportable football stadium.
The first match at Stadium Nineseven Four (974) is Mexico vs Poland.
The match started at that stadium and became very intense because both teams tried to score goals but they were not able to do so.
But Poland got the chance to score in the 58th minute and it was a penalty kick.
It was the penalty that stopped the hearts of the Polish fans and the Mexican fans gathered at the Stadium Nineseven Four.
By Robert Lewandowski.
But to succeed in that penalty kick chance for Poland Robert Lewandowski could not.
Meanwhile, a match in Group D of the World Cup football tournament was held between Denmark and Tunisia.
In that match, both teams could not score until the end of the allotted time.

@helios.voter 57
2 months ago
Congratulations, @hive.sameera Your Post Got 100% Boost.
@goldcoin Burnt 79.461 HELIOS & We Followed That Lead.