The intricacies of swimming

@jacco25 51
about 2 months ago
Authored by @Jacco25
Education 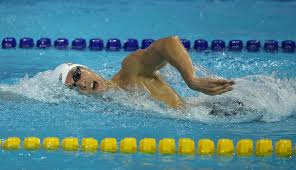 Front Crawl Strokes
Front Crawl stroke is carried out in the following swimming positions:
1. Lie flat under the water with part of the head and chest while the eyes are at water level.
2. Kick the legs and pull the arms alternatively in an up and down movement while the elbows are bent and the palms cupped.
3. Put each arm into the water in front of the head pressing downwards and backwards towards the thigh.
4. Keep the ankle flexible.
5. Move with the hip and not the knee and keep the hips as close as possible to the surface of the water.
6. Keep a constant pace with the head down , so that the eyes are above water level. 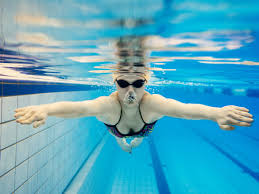 Breast Strokes
This can be carried out in the following swimming positions:
1. Lie flat with the two arms close together and stretch out in front while the heels and buttocks are at the top of the water.
2. Move the arms and legs together; at the same time when the arms pull , the legs follow and as the legs drives, the arms also extend.
3. Pull both sideways, downwards and backwards and remain bent in front of the shoulders.
4. Keep the extended legs forcefully together and immediately extend the arms forward.
While facing forward, the main source of power are the legs. All the arm and leg movements are performed under water.

The different steps of breast Strokes are kicking, pulling and breathing.
Here are the five vital safety rules of swimming among others. These are the rules and regulations to be observed before or during swimming
1. Not entering the swimming pool or river without knowing the basic swimming skills.
2. Taking a bath to prepare your body for the exercise.
3. Do not enter unfamiliar side of the river or swimming pool.
4. Never push anyone into the water or hold down in water to avoid been drowned.
5. Stay in the depth that is for your height until you can swim properly.