The Staggering Return Of Christiano Ronaldo To Man United: Logical Or Emotional? 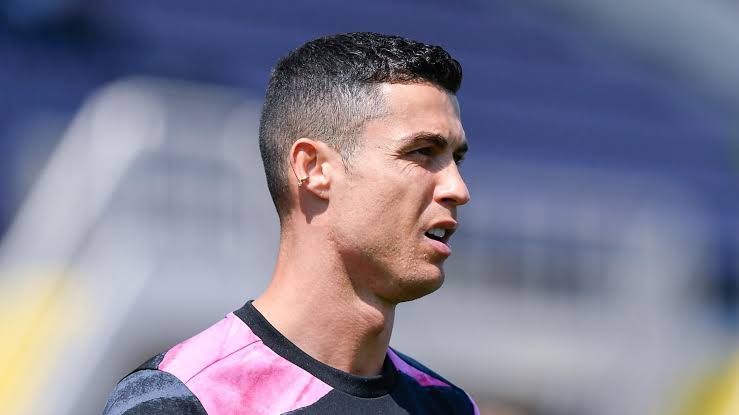 Christiano Ronaldo's transfer back to the EPL's Manchester United was probably the most talked transfer, we probably had Jersey sales and I heard that there was even a rise in the valuation of Manchester United as a club. Who wouldn't?

I mean, this one was an emotional one, the Portuguese left United as probably one of the most iconic players in the world and is now returning as arguably the best footballer in the world, that's absolutely got to sink in. First, I consider this as an emotional transfer, just like Didier Drogba left Chelsea and returned for a second stint and many other footballers who have done this in recent times.

In the course of the transfer, there was a time it felt like the neighbors at the Etihad would sign Ronaldo, it was certain it would happen. Pep Guardiola would probably be thinking Ronaldo was the ingredient he needed to bring European honors to City.

It wasn't to be. Ronaldo would become the most hated player in United's history if he went ahead to sign for City and even more hatted if helped City win more trophies. I however didn't think that he wholly rejected Manchester City, I felt it was probably a few iconic people in his life like Alex Ferguson who instigated that staggering transfer back to the theater of dreams.

Here you have it. Many United fans have in the past few seasons felt that they needed a huge transfer in other to go back to winning major trophies, I mean they've had quality managers come in and left, from Louis Van Gaal to José Mourinho, but then, it felt like they are going to win the EPL. Point is, United have gone through a rebuilding phase from 2012 to 2020 and if you ask me, I'll tell you they're still rebuilding.

United has a tradition, they need that formidable team to win dominantly again but the way it looks currently, football has changed in a long while. City and Chelsea have dominated from 2010 to 2020, winning a lot of trophies in a short time of success.

The signing of Ronaldo is to see whether United can win major trophies for at least two years. The problem here however is that Ronaldo is coming from a Juventus that barely survived and United fans are already hoping he can perform miracles and bring the EPL to the club.

Inasmuch as I feel that the pressure wouldn't get to Ronaldo, I feel the 36-year-old can only play his part as a striker, now eventually he will become a motivation to the younger players, this is true, he will inspire confidence from them, they'll look at the man, and they'll get a reason to persevere. 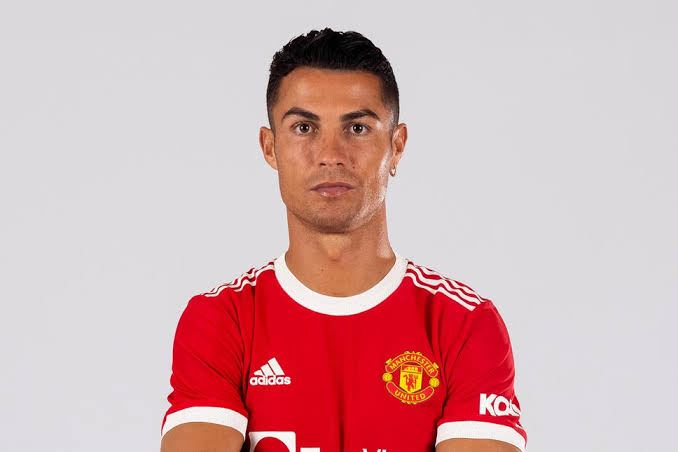 But then again, Ronaldo is aging, will Ole Gunner Solskjaer be able to find the right formation to suit Ronaldo? Being that he doesn't have that energy to run down the pitch, take on two to three players and score? He might, he might not, there's no 100% certainty that Ronaldo would do well at United.

This is based on the quality of players at United, the midfield of United, that has Pogba and Matic. I probably feel Juan Mata is another exciting player in that attacking midfield, but then United will struggle to finding the right formula to get Ronaldo to perform.

This is because they already have a system, and Solskjaer isn't really a top quality manager that could switch formations in just a matter of games. Truth is, the times United might spend to find a rhythm, teams like Liverpool and City would be raking up points.

I doubt United can win the EPL even with Ronaldo, they're still a regular team, with an average manager who just added a 36-year-old world-class player. It's more of an emotional transfer rather than a logical one, nevertheless, it's Ronaldo, he's done the unthinkable, and he's maintained a level of success in almost every club he's been to.

It is what inspires confidence from the United fans. It takes an unbelievable level of consistency to win the EPL and even with how dominant Chelsea currently looks they're not still certain to win the EPL, Tottenham has become even better with Nuno Espirito a more vibrant manager, and they'll give United a run for their money.

My point is, other clubs have strengthened too, except Arsenal out of the big six that's looking abysmal. No one can say for certain that United will win big Ronaldo, it's left to be seen.

Why Do Nigerians Choose To Dye Their Hair? (Feature Article)

How Life's Issues Prevents Us From Obligatory Priorities

A Sense Of Self Accountability: Why Minimalism Exceeds Beyond Spending Money.

Causality & Common Sense: Some Answers To Most Plausible Questions?

My name is @Josediccus, a young Nigerian entrepreneur who is a Vlogger, A Psychologist, Poet, Sports Writer/Analyst & Personal Finance Coach. I'm using my contents as a process to create shared meaning as well as create expressions through which people on/off hive can relate. I believe content is a process to be enjoyed and relished and I'm up for any collaborations in my field stated above. Cheers

@indiaunited 58
about 1 month ago

I would agree with you of the transfer being more of an emotional move, hopefully Ole finds the right combination to suit Ronaldo.

Ronaldo being the most hates if he had move to City is just an obvious, more like Drogba to Arsenal or Spurs 😀

Yeah, I believe United should be have been looking at Nuno Espirito or even Antonio Conte, Ole Gunner Solskjaer wouldn't take United far, you needed an audaciously brilliant manager who can carve the best formation for that United team, as for Ronaldo, he'll only do the much he can since he's only one player.

But Ronald in Man city would have balanced Messi's move to PSG.

Ronaldo in Manutd is not really exciting

Well that would be audacious, I already think PSG is a solid team without Messi, they're just lacking that top notch manager as the former Tottenham manager wouldn't cut it for me, nevertheless, this is probably the creziest transfer window ever. It was exciting. I'm hoping Ronaldo can bring some of those magic

Lol, I still would love to see Messi in EPL though which City seems to be suitable for him but I think he will find it difficult to cope in EPL.

Messiah in city will be mad o

I'm very excited cause of it

Yeah, there was a huge rise in the value of Manchester united and his jersey was massively purchased with 24 hours.

I personally think that was a good move since United is his former home and he has huge love for the club. Initially, people where criticizing him when he was rumored to move to United rival, Manchester City but eventually signed for United.

I believe he will be happy now and enjoy more of his footballing.

My point is, other clubs have strengthened too, except Arsenal out of the big six that's looking abysmal.

Haha, I think Arsenal were the highest premier league spender this summer transfer. They really need to do well.

He'll be the greatest villian of all time if he had joined city. I guess deep down he knew how it'll turn out. He's a legend, a brilliant footballer, the greatest hardworker I've ever known.
Anyways let's see how it goes with Ronaldo at United

Yeah, I read it was Sir Alex Ferguson that called him and made to join United.

First manutd's problem is not a striker, the team has good attackers. The team need a very good midfield which they are lacking.

Fred in the midfield is a total disaster and Matic is old.

They need replacement for Matic, mata and Fred.

Ronald might just perform averagely in the long run.

Body no be firewood na

This is totally true, Man United have been scoring goals, being disciplined and having the right midfielder is what they've actually been missing and of course solid defenders too and not really the likes of Maguire. However let's see what Ronaldo will bring

If you check the stats Maguire is not so bad

Let's see how it goes

@josediccus, I am a Chelsea fan. But I will look at Ronaldo's transfer from two angles. Business and sports. On the business aspect, no team will have the likes of Messi, Ronaldo, Neymar and Mbappe that won't automatically become a better brand. Just imagine Mbappe in Newcastle as well. So, on the marketing front, this is great to United and the Premier League.

United is already wealthy I'm sure their fans wouldn't care if they're more wealthy. It's more about the trophy, money is secondary here.

If the goal is tk use Ronaldo to win trophies then I think that plan will fail, they don't expect him to perform extraordinary how he was years back...

Just like you said, he can only play his part and his presence will motivate other youngsters to do better...

He shouldn't be seen s a miracle worker...

I am hoping Ronaldo does well in Man United and I know he is starting to get a bit old. I generally only watch the games or read the summaries after...and I don't like in Europe so I don't really understand all the hate. I would prefer to leave any criticism until after you see his real performance.

It's not really hate or so, it's Just analysis. No one hates Ronaldo, he's one of my favourite players but it's the works of pundits to actually make a lot of prediction and analysis, it's part of the beautiful game

I actually think it’s both first off there’s no better place for Ronaldo to retire than Manchester United. It’s a transfer that’s beneficial to both the club and the player. United have lacked real winners in the past and this was evident in the Europa final. They need that extra winning mentality, the players. They need ginger. This transfer could just boost the team. As for the manager, he has his faults but he has taken the team to 4/5 semi finals and 1 final in 3 years. Yes, let’s see what he can do now that he has added a top man. If he doesn’t win anything this season, he’ll be sure to be using the exit door.

I find it very hard to like Christiano Ronaldo. Humility? Modesty? What are they says CR7....

I think it's all about not adapting to the Italian way of life. I lived in Italy for several years and I know what it means to be a foreigner.

Ronaldo feels at home in England and he has the best memories of Manchester United.

The short time he spent in Italy was more criticized than all the years he spent in Spain. The press, the mass media are tremendous. They are the first to call someone who is not Italian if they can take advantage of it. But they are also the first to demolish his image before the slightest mistake.

They thought that Cristiano Ronaldo alone was going to take them to the final of the Champions League and it was not so. Nor was it the case for Messi's Barcelona.

Today the team concept triumphs, and in Manchester United Ronaldo can make that idea a reality.

The epl just got heated up.