Battle of the day – Byzantine Darkness!

I am pleased to present another nice battle... 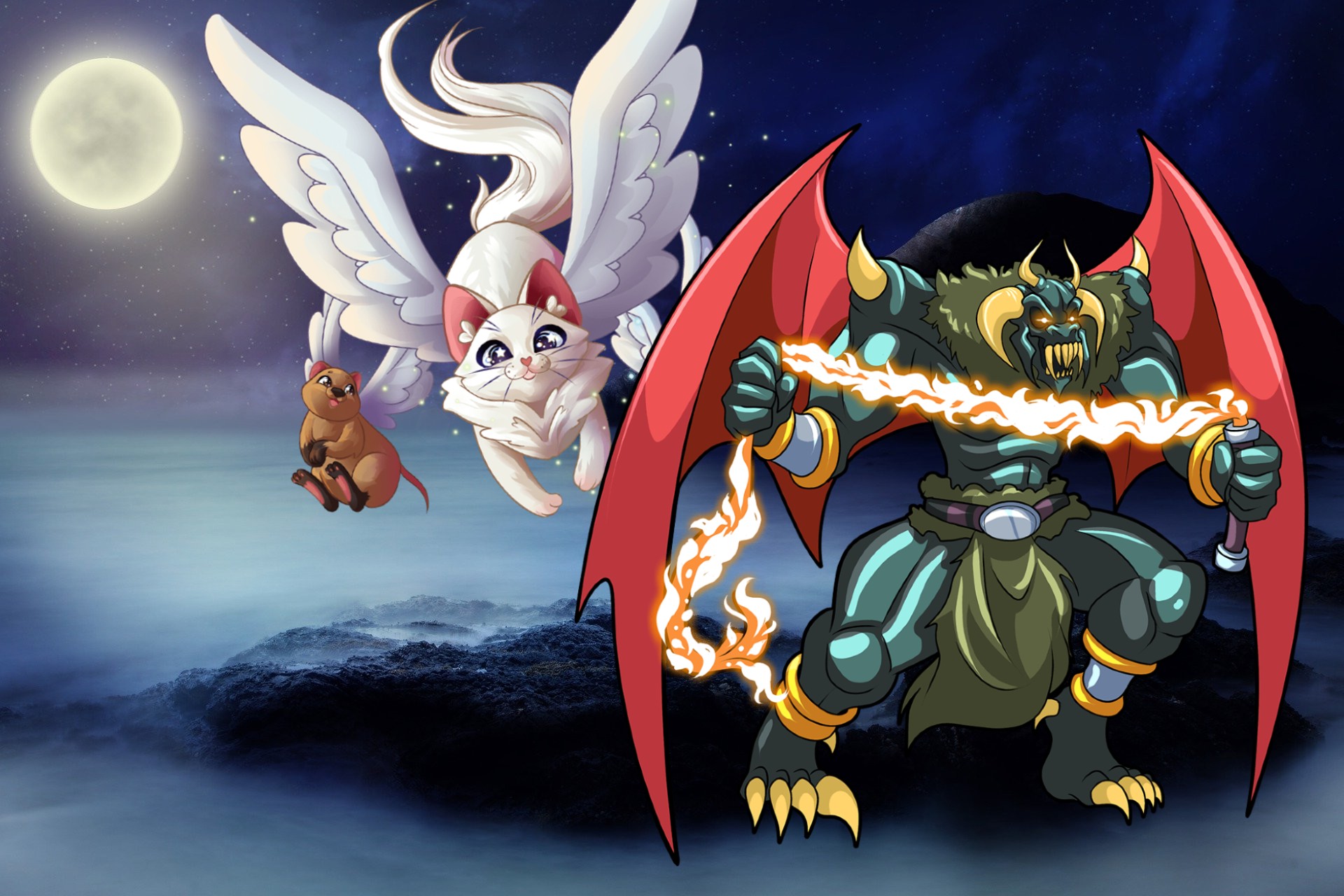 LORD OF DARKNESS It's one of the strongest melee attack monsters in the game, it's just brutal

His only disadvantage is that he occasionally missed blows and could lose battles against extremely fast teams, my old post is an example:

For this reason, he was always a great choice for the battle rule Aim True (Melee and Ranged attacks always hit their target) because in it we are sure that he will always be able to hit his opponents.

Now, after the advent of the wonderful summoner Byzantine Kitty, he gained new life, thanks to the True Strike ability. 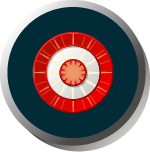 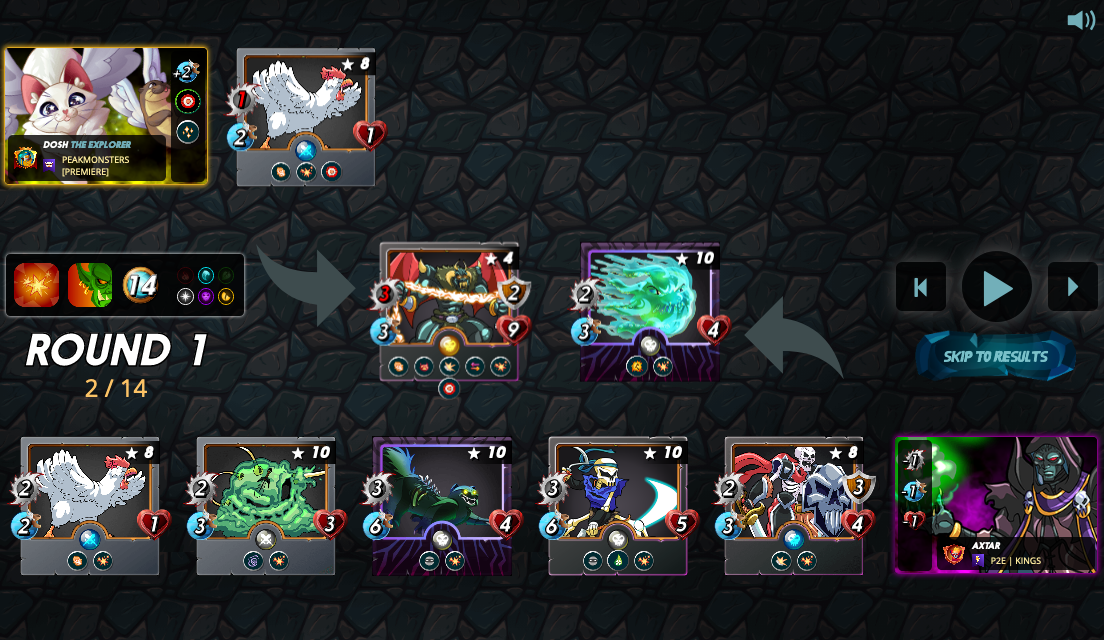 Not to mention the natural healing that the kitten provides, which allows him to win alone against the fearsome summoner CRYPT MANCER commanding an entire army of dark creatures.

Well, that's it for today, I hope you enjoyed another interesting battle and I'll be back soon with more amazing fight!

Good luck on the battlefield...

An exciting fight. If you have a strong card, the number does not matter.

This Lord of Darkness is serious business when max out.
There is something else I have noticed in the result statistics. The winner is battle ranking in Champion League II but it is very strange that its opponent who lost the battle is playing in Bronze league. Do you think there is a bug or problem about this particular matching between players?

I would like to ask if your curation trail that I have subscribed to, the trail upvote, is it still working for the members?

Well, if he was in the Bronze League I didn't notice, but he had cards at max level.

About the Trail, so far you haven't been getting the Trail upvotes (my mistake), but I just added your blog, I need people to send me through Discord more links to good blogs about Splinterlands so I can add the Trail because sometimes it is idle.

Thanks for your support.

BK has breathed new life into many of the old cards I had but couldn’t do much with, but Mimosa is the one that has most re-invigorated my deck.

The void for all makes several “little league” cards, screaming banshee and Fallen Spector particularly, but even Skeleton Warrior can hang with the big dogs once in a while with all the goodies MN brings to the table.

That’s not to say I’m not getting a LIT out of BK, though.

It’s also resurrected my Frost Giant, such that he’s, finally, after all this time, one of the more formidable tanks in the entire game. I touched in it in a post a little while back, but to briefly recap…

Always hits with a total of +3 speed adjustment (+2:BK/-1FG), plus stun, plus trample, and even though he’s still weak against magic, the increased chance of stun/trample usually kore than makes up for it if you have something that destroys armor that can interrupt a good trample.

The mages can’t hang long enough to do their thing 😁.

Great post! Thanks for highlighting this combination. I used it frequently, but now everyone knows I guess it’s back to the drawing board. 😝😉

@sinistry Wow, how interesting, I hadn't thought of that, I'm going to look at your post and I can finally get Frost Giant out of the fridge! Thanks for commenting.

Thank you for the !ENGAGE (ment)!

Have some !PIZZA! It’s shared with !LUV!

Also, I'm running slow this morning and just took notice of the Frost Giant from the Fridge comment... That's cute as hell! 😁 I !LUV good cheese... like the kind on all this !PIZZA!

@marianaemilia! I sent you a slice of $PIZZA on behalf of @sinistry.

@misterengagement 57
2 months ago
There has already been too much ENGAGE today.
0
0
0.000
Reply

I couldn't resist this one, though... it's just too on the nose.

Kitty is such a fun and versatile summoner! I just won a brawl match with Kitty Serpernt of the Flame solo in Dragon and Red only. Retaliated the Spy and the Kobold miner, and then beat the enemy cerberus on fatigue.

Yes, Nice! There are many possibilities, I want to use it more! :)

Kitty is my favorite summoner! I really hope you post some fun Kitty Battles soon!

I really appreciate you doing these. I feel like I learn so much from each one I read.

Keep rocking the Splinterlands! I don't check my feed all the time. Do you do exclusively splinterlands content. There is a way to auto delegate to people's posts I bet right? See you in the Splinterverse!

Hi thanks @marcuswahl. Delegate HP? Or do you mean set up auto upvoting?

Yes, and you can eventually opt for another Reach monster, for example Gloridax Guardian that gives armor, as the tank already heals. Thanks for commenting.