Splinterlands Amazing Battles – Too much of the same

Welcome Splinter people! I am pleased to present another cool battle... 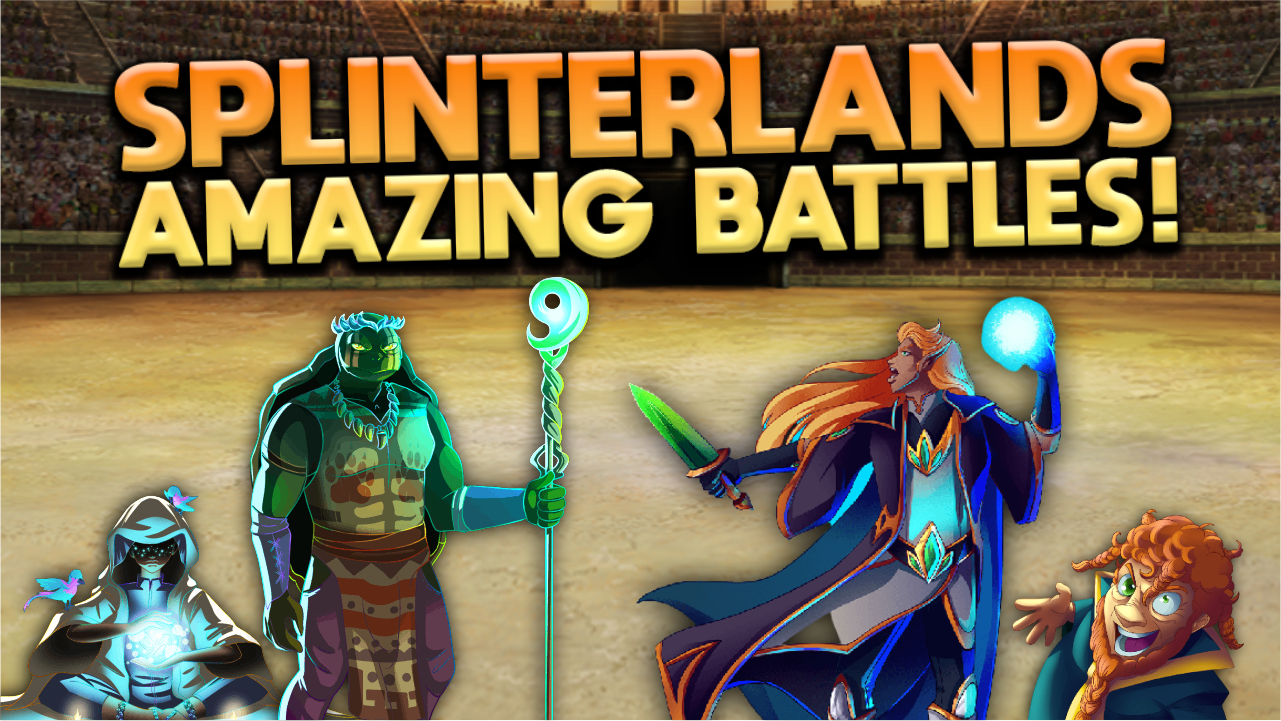 This episode's battle was opportune

While I did make a couple of mistakes setting up my team, if there is one true reason I've won this battle, it's because I didn't try healing my frontliner, The Kraken.

In a battle like this, under the opportunity-for-all rule set, one might think healing The Kraken is a necessity.

However, when players can use max level cards, there isn't that much we can do to save our frontliner for long. Instead of patching things up, it's just as easy to outdamage enemy heals.

While my opponent chose two monsters focused on healing and anti-healing, I ignored this set up almost completely.

I did buy extra time with River Hellondale, but I'm not sure that was that best I could do - Axe Master and Captain's Ghost were better options.

I feel like I've been focusing too much on River Hellondale. That's getting in the way of my strategies.

Whenever a card becomes my favorite, I tend to spam it in battles. That's horrible. Maybe I'll be able to fix this terrible habit of mine soon enough. Splash damage through Blast attacks are very common, yet I've ended up placing River Hellondale in position 3 despite the fact that this battle has the opportunity rule.

When my tank dies, the opponent's Ruler of the Seas or whatever other splash monster will immediately start attacking River Hellondale, because he's the one who has the lowest Hp.

Placing him at the last position, far in the backline, would have forced blast's splash damage on a single monster.

But then again, if I did that, enemy magic damage wouldn't bounce back to them when splashing on my Prismatic Energy, because River Hellondale wouldn't be next to it anymore. If Elven Mystic was replaced by something else on the opponent's team, I would likely have lost this battle.

This is frustrating. I need to remember to look at my cards after I set them up to check if they're really the most cost-efficient monsters I should be using.

The opportunity rule also helped me take out Ruler of the Seas quickly enough after their Kraken died, since I'd immediately focus on their squishies, ignoring their Prismatic Energy. And this was when not picking Heals helped me win the match.

See this amazing battle again: @marianaemilia versus @jacekw
Thanks for reading!

lolztoken.com
Did you hear about the Irish guy who was assasinated at the antique store?
It was a knick knack paddywhack!
Credit: reddit
@marianaemilia, I sent you an $LOLZ on behalf of @brianhuang
Use the !LOL or !LOLZ command to share a joke and an $LOLZ. (8/8)
0
0
0.000
Reply

Yeah! this is exciting.

That's a nice victory against one of the game's best players, excellent analysis, if painful, but it has to be done!

Thank you! Yeah. We must learn from our mistakes.

So neat!! Awesome battle - had me guessing until the very end!

Thanks, yeah, some battles are exciting :)

Forgoing healing was a smart move. And wow, four speed buffs in one team? Epic. It was very exciting to watch. Great x10 battle!

Yeah! Thanks! Speed helps a lot in this game, initiative above all

I don't know what people like about River Hellondale... For seven Mana, it doesn't do much to further strengthen the Water Splinter lineup, unless you are attacking with Melee Monsters. Yep, with that Mana cap, I would've use a strong Ranged or Melee attacker, instead, to diversify in case of Magic debuffs. The War Chaang, with it's Melee and Ranged attacks and Trample effect, in that Ruleset, can be a great option, also. Nice battle.

Well, actually I've been using the new cards a lot more to learn how to use them and test them, but I'm going to have more parsimony in my choices now. Thanks for commenting.