This week, I'll share battles only from guild brawls. I have some very interesting battles to show you so we can study them together. 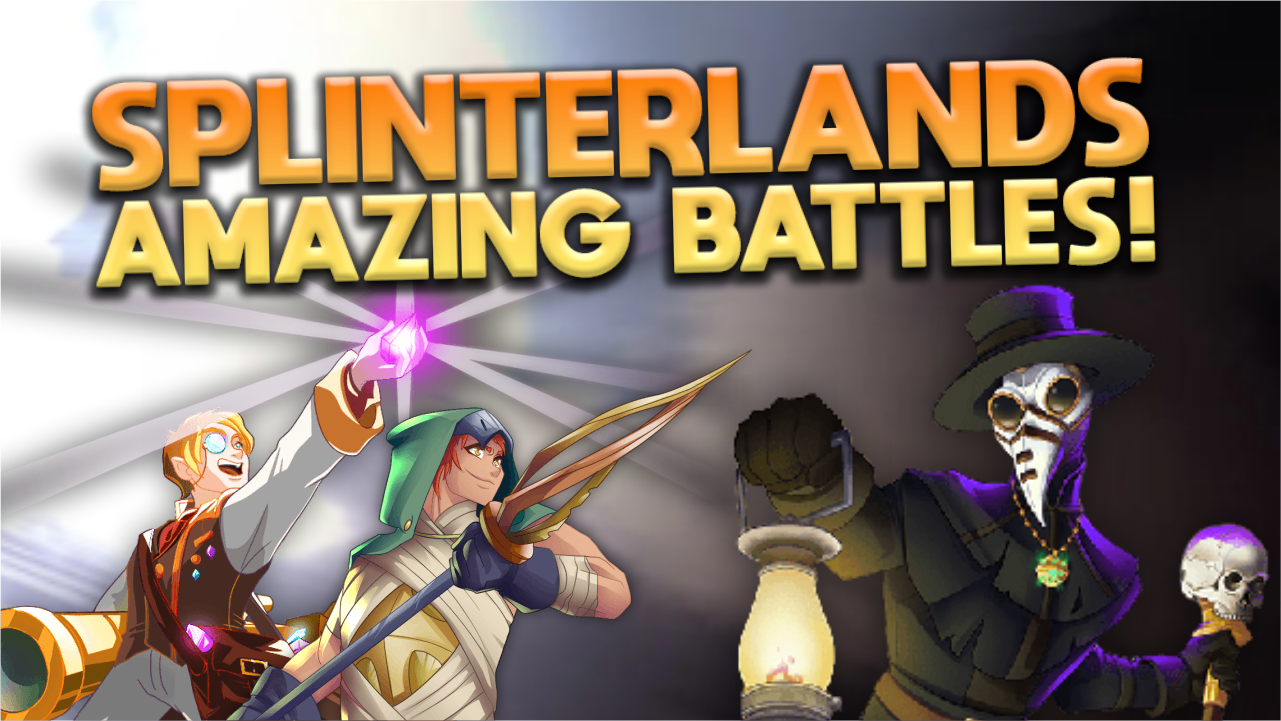 This episode's battle was fulminating

We all know how impactful gladiators can be, but choosing the right one for the job makes all the difference.

Choosing something that doesn't synergize well with your match's rules or the rest of your team may mean certain defeat.

Since this battle had the blast damage rule, I chose a high-speed gladiator so he could start building up as soon as the match started.

Since I'm going with a ranged team, I'd better pair them up with the ageless Selenia Sky.

There wasn't much mana to work with, so Soul Fiend and Pelacor Conjurer were the perfect choices for frontliners.

Venari Crystalsmith can help Pelacor Conjurer stay alive, and then heal herself when it's her turn to tank. It's okay if she tanks with 5 health thanks to the Close Range rule. I could really fill my side of the screen with ranged monsters thanks to the old Silvershield Archers - who'd ever guess they'd come in handy at this point of the game!

The much newer Lensmaster certainly helped maintain damage using a single mana - or at least tank an attack from Goblin Sorcerer.

I admit he wasn't essential, but he was still so much more useful than my opponent's Doctor Blight, which used up 4 of their mana but barely did anything. Nice opening graphic! Look out for those guild battle cards :)

Thanks for using the discord in the hive gaming posts channel to get extra exposure to your post. That's how I found this one :)

When there is not much mana, it is really important to be able to attack early, especially when there are rules and EXPLOSIVE WEAPONRY, because the gladiator on the field may not have high HP, and it is especially easy to die.
!LOLZ
!PIZZA
!LUV
!PGM
!MEME
!CTP Want to make a stronger SPT Vote I have about 4 million of them my vote at 100% is over 600. I want to also get numerous validators. Any interest in being part of the GP team in a investment club that will fund people by having them complete bank bonuses allowing the fund to give players who do 1000 or more get a 1.5X in equity where the GPs get the .5 on each persons bonus and the banks pay for it all. I know this works well as I make alot of my money just doing this myself lol.

Promoted this awesome post by using ListNerds
Thanks for the tips.

@marianaemilia! You Are Alive so I just staked 0.1 $ALIVE to your account on behalf of @benthomaswwd. (2/20)

Nice battle, but well, @kobold-djawa owns neither Selenia Sky nor Lensmaster nor any gladiator card which makes things difficult in some cases. :)

But yes, it is instructive to use range attackers and especially snipers together with the blast and close range rule sets.

I have no idea what "fulminating" means, but I love this post.