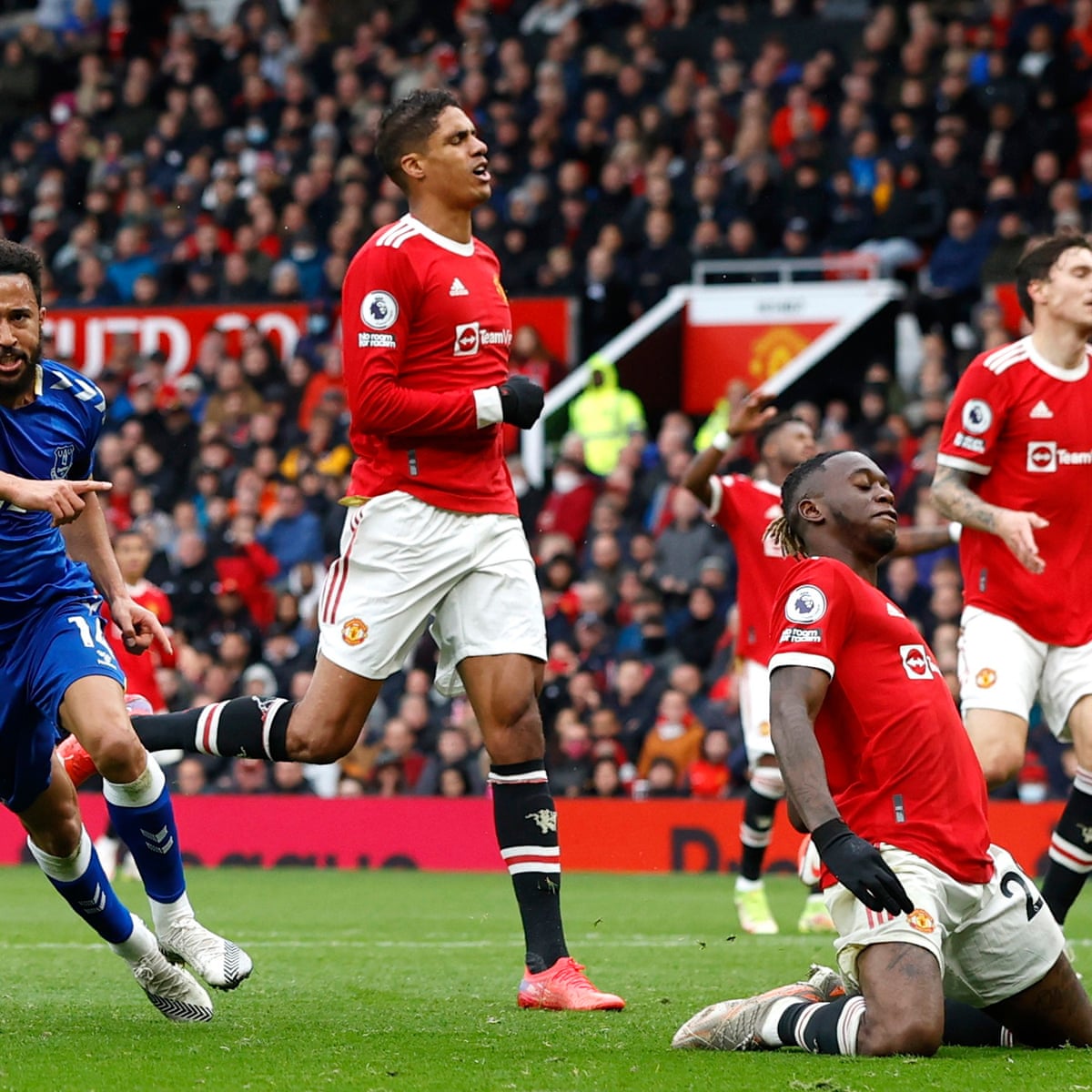 Manchester United faltered again at home to Everton. Rafa Benitez had never enjoyed an easy game at Old Trafford even with his former clubs and this time around he would feel his side should have at least gotten a win against a United side who looks disjointed and bereft of tactics.

Manchester United had Pogba, Ronaldo and Sancho on the bench with Cavani getting his first start with Sancho, Fernandes and Greenwood playing behind him. Everton had an injury-ravaged squad and the bench was filled with young talents but this didn't deter them from getting a point at least. They could easily have won it against this United side.

United got the early chance when Wan Bissaka found Martial at the end of the post but Marital missed. Not long after, Greenwood was also picked out and he flashed his shot across the face of the post but no one was there to connect with it.

Varane saved United from going behind in the 11th minute when Rondon was played through but for his timely response, he brilliantly blocked off the effort. 5 minutes after, Keane missed a glancing header as he sent his header wide after a lovely freekick delivery from the left side of the post.

Cavani got his chance also in the 21st minute after Fred expertly found him in the box but his header was saved by the goalkeeper after he parried it away. Shortly after, Lindelof produced another brilliant block after Doucoure found Allan. Allan's shot was blocked by Lindelof.

In the 33rd minute, Gray had a shot saved after Fernandes' back pass to Cavani was intercepted. Wan Bissaka also blocked a potential volley from Doucoure. The game kept moving from one end to the other with no clear cut chances.

Just before the halftime break, Martial stepped up and delivered the goods for United. Greenwood found Fernandes and his lay off found Marital who blasted his shot home even though with the aid of a deflection.

The solitary lead continues and Ole Gunnar Solskjaer introduced Cristiano and Sancho after taking off Martial and Cavani. Lindelof stepped up again after Gray dazzled with his feet in the 58th minute.

The goal came for Everton in the 65th minute when Gray chanced Fred on the sideline. He held his ground and found Doucoure who released Townsend just on the side of the box. He wasted no chance in blasting the shot beyond the reach of De Gea.

Ronaldo and Sancho couldn't do anything to inspire another win this time around as they had few chances which wouldn't threaten in any way. Sancho expertly beat his marker and he picked out Pogba at the edge of the box only to have his shot flash wide.

Everton thought they had won the game when Tom Davies found Mina inside the box as he tapped the ball home but he was correctly ruled for offside. Davies would have done well to take the shot himself but he opted to pass.

The game ended 1-1 and its 2 points dropped for United and not 1 point gained. Everton clearly were happy with the draw considering how they had to adapt for this match due to the injury they faced.

Practically at the point of giving up on any trophy hope this season with the way we are going, I can't keep my hopes high.

I'm close to giving up with this team. No urgency, no tactics, no risks, terrible substitutions... It's annoying...

I wonder when the board would let go of Ole, like what would be the breaking point.

I doubt they have the courage to do that. Even the so called legends that criticized past coaches are on mute because it's Ole...

Seems it is a case of"we die here"

Very true and I am not even confident about their games.

As an arsenal fan, I shall enjoy your losses.😁

Arsenal have no hope anyway hahahaha. Better not to be bothered with Arsenal at all.

Wao! I love how you've written out the reports, it detailed out every crucial part of the match. Kudos! #OleOut will never stop trending if Man U continue to give out disappointing results. If he hadn't kept CR7 on the bench may be he would have gotten a chance in the halftime and gave the SIU celebration before Townsend did!

Thank you so much. Exactly...it has always been about wrong tactics and selection for Ole. I wish he learns how to take more risks.

I've lost confidence in this team, I won't lie to you.

I just have to be sincere at this point. Even as a united fan myself, I don't really know what to think of my team anymore. I don't know what the vivid problems are anymore. I feel we having a DM is actually a great need but on the the other hand, I'm not still sure having that would make much difference with Ole not having a play pattern.

Exactly... He doesn't have a pattern. He is just throwing in the players to play and hoping for the best. My confidence in that team is low. I can't beat my chest that we would win a game comfortably.

Just what my thoughts are. I feel the players are good and the team is ready enough but lacks a good leader.

Absolutely... Ole is not firm enough. Saw the way he was chuckling while drawing with Everton in the 94th minute. Sir Alex's face would have turned red.

I am telling you.
But we really can't fathom why the team's board still find so much confidence in him.

They are just inconsistent. Being a legend and all...yet they are ruining the team.