What a terrible game week 4 for me. Game week 3 that everyone said was bad, I still didn't do this terribly bad. This is a disaster and I know I have to shake so many things up or maybe not so much but hoping for a ray of sunshine hahaha.

I was actually hoping I would get around 60-70 points at least especially knowing I moved from Darwin to Toney. Ever since Darwin got the red card, I have been waiting for him to come back so I used Toney as a stand-in but with Gabriel Jesus' unable to give me the points, my front line suffered. I still want to understand what went wrong with Salah in the Bournemouth game. How me didn't register a single assist or score at least a goal in 9-0 crushing is still a mystery to me or did Pogba left some curse for him as well?

I am super pained with my tally for the Game Week 4 and I even tweeted that Fantasy Premier League isn't for me 🤣🤣😂. So many people laughed at me and I deserved that. This Fantasy Premier League deserves calculation and taking critical look at your team, following your guts and sticking with it. You will always hear opinions and once you follow it, it might work against you in the end. That was how I took out Odegaard and Bernado Silva on the advice of someone and now I am biting my finger for listening to that person.

There is no right way or wrong way to this selections. There can never be a perfect team so just follow your mind and let's see where it leads you. You will keep learning as the season progresses. This are the changes my mind led me to and I am sticking with it. I only used this option for just one game week and if it works out well, I wouldn't mind being docked some points and I would stick with it.

This is what I am going with for Game Week 5: 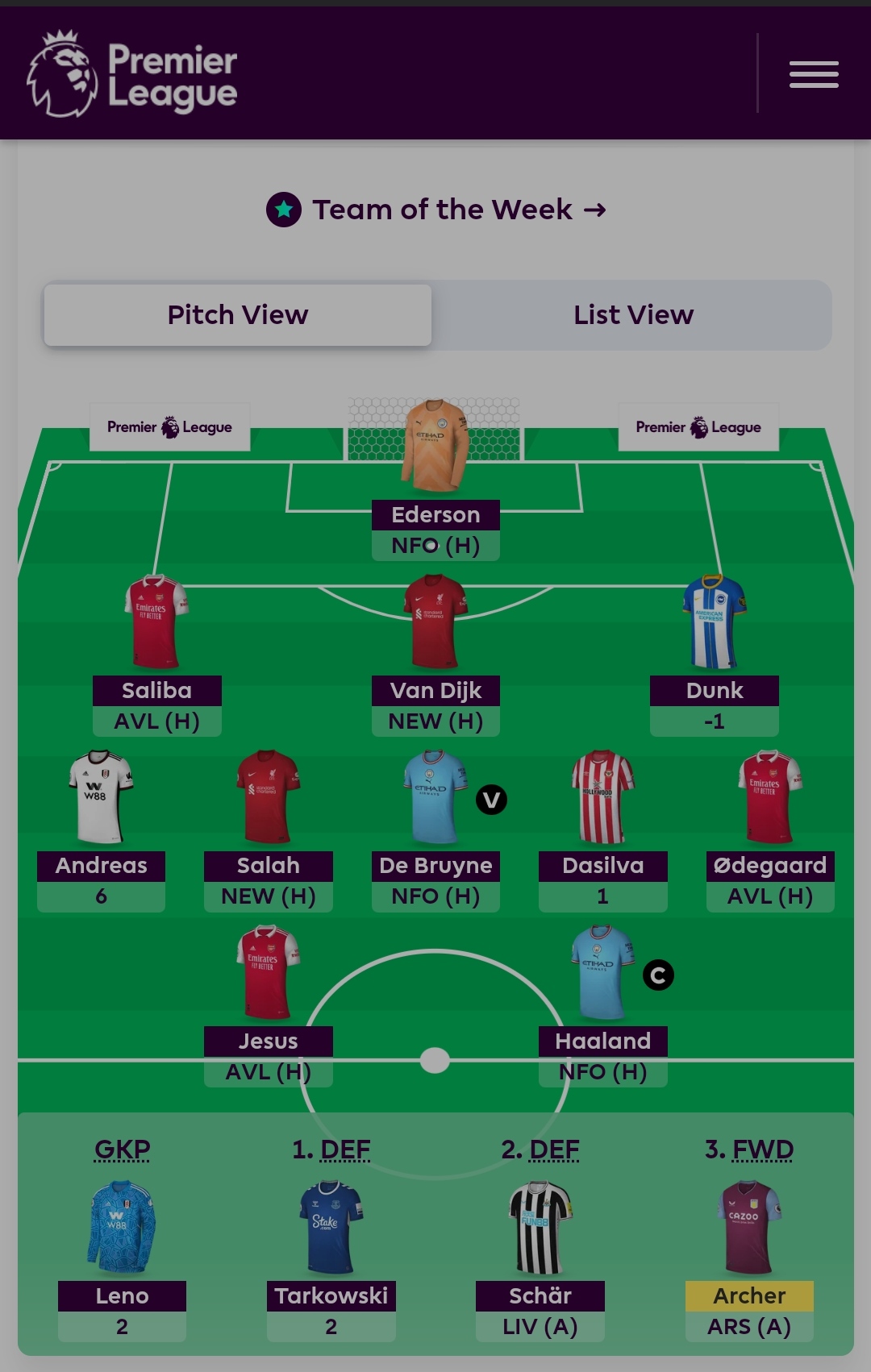 I still don't know what's wrong with Saka. I've lost patience with this guy and I think he thrives on the fact that the team depends on him as we saw the best of him last season but ever since Odegaard, Martinelli and Gabriel Jesus stepped up, he has become more of a passerby and I don't know what to do with him anymore.

I am hoping this Game Week 5 would be productive to help me make up for lost points. I've added Haaland to my team too and I just hope to God he would perform just when I have added him 😂🤣😂🤣. Selecting players and taking them out can be tricky. Just when you think one player is in form, the moment you choose him he might falter. We saw that with Salah in game week one and he hasn't even come close to doing anything magical since then. On the flip side, just when you think a player isn't giving you the returns and you take him out, he would just show you why you should have stuck with him by raking up the points. That explains why I have Saka in my team for as long as I did.

So, follow your mind and stick with whatever you have chosen. Be on the look out for some changes too and that's about that. Lessons learned 🤣😂.

And look at me being so clueless 🤣.. but with help from someone, I'll be setting my game straight! Haha.

Hahahaha sorry dear... Don't worry, just see it as fun and try your hands on it.

That team looks like an 80 points team on paper, but the reality is always different. This is actually my first FPL season and the experience hasn't been funny.

Since you don't want advice, I'll keep my two cents to myself 😋

😂😂🤣😂😂😂🤣 I can imagine. It has been tough. The way the players just thrive and then fall the next game can be frustrating for the points. I really hope something good comes up with this team this week.


There are II kinds of people
Those who understand Roman numerals and those who don't
Credit: reddit
@olawalium, I sent you an $LOLZ on behalf of @ben.dunk

Everyone is just making calculated guess, luck favours some and some aren't lucky. Even when i watch the expert prediction video on the FPL app and follow the instructions, it boomerang, so the best thing to do is to just do your thing.

Exactly. Even the so called expert failed. They are not in control of how these players play. It's all speculation and guess work. Just follow your mind...if it works...fine...if not...try again...

Just follow your mind. I love the team you have selected for this game week 5. I hope they give you the desired result.

I sincerely hope they give me the results too. I deserve it. I've been shown shege for the past 4 weeks. Let this be my week 🤣🤣🤣

Still the same line up.

Why did you not pick Haaland in game week four, but I am happy to see you already got him an in-game week five don't leave they Viking out of your squad 🙂

Hahaha Haaland is a permanent member of my team now hahaha.

Keep it that way 🙂

Absolutely and the cap too.