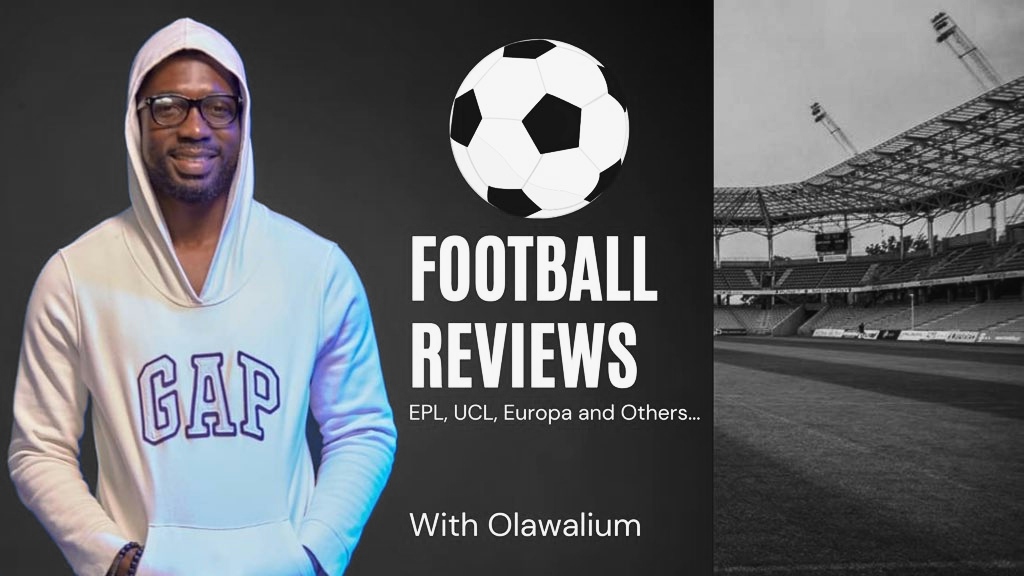 I don't really take Pre-seasons to heart but it's always fun to see so many teams showing desires, building up fitness and also giving young players so many opportunities to stake their claim and also gain recognition for themselves. It's fun to watch and I usually watch the games with lightheadedness. I just want to analyze based on my understanding of how so many teams fared and what we are to expect also for the coming season.

I would be talking about the so-called big teams because they are the ones I actually kept tabs on with results and also highlights. I watched quite a lot of these games too because they were played at the right time for me and most of them got streamed live on YouTube. I watched all the Manchester United games on MUTV of course.

You have to be scared of this team. They led for a long spell last season before they allowed Liverpool to crawl in on them. Funny enough, they have only played 2 preseason games and they won both... 2-1 against Club America and then a solitary goal against Bayern Munich. They have recruited well for the coming season even though they are not as fluid as we have known in their Pre-season games. They have recruited Erling Haaland, Stefan Ortega, Julian Alvarez and Kalvin Phillips. I believe Kalvin Phillips is to replace Fernandinho that left the club.

I still see them as a strong contender especially with having a recognized striker within their rank now who has scored his first goal for City against Bayern Munich. A lot of people have accused Pep Guardiola of not playing with a recognized striker and there was even a theory that it's the reason they haven't succeeded with a trophy in Europe. He decided to go big and went for Erling Haaland who has a wealth of experience in European competition. It's going to be interesting to see how he would fare for City in the Premier League and Champions League if he manages to stay injury free.

His case might be like that of Nunez because he has a lot to prove for City this season and he might catch a lot of defenders by surprise which would work to his advantage and make him score a lot of goals. I see Manchester City doing so well in the coming season, no doubt about that. It's either they win the Premier League again or they stay in second place.

Here comes my team hahaha. Laugh at me all you want but you can't change your favourite team, can you? I'm not fickle. I must commend that they did well in this preseason even though the confidence is still lacking. We are still sloppy and making so many mistakes. Even with the clouds of uncertainty surrounding Cristiano Ronaldo, I feel they are decent enough to at least push for the Champions League place.

They won against Liverpool, Melbourne Victory, Crystal Palace and drew against Aston Villa after they threw away a 2-0 lead which is a replica of what we did in the entire season last season. That game was a bad way to end the preseason in Australia but you can excuse them being preseason and knowing fully well that they had a lot of young players on the pitch too but still, never an excuse. Manchester United has been plagued with a lack of concentration and it became evident again this preseason. Knowing how Erik ten Hag loves to prepare for every eventuality, I am certain he would be looking into this.

We still have Atletico Madrid and Tayo Vallecano to play before we take on Brighton in the coming season, it's another opportunity to see how these players would fare. We have managed to sign Tyrell Malacia, Christian Eriksen and Lisandro Martínez which should inspire the team a little bit more but I am particularly impressed with Antony Martial because he came back hungry, and willing to prove a point and he has been on fire in this preseason.

I am still not fully convinced with Marcus Rashford, Harry Maguire and the most talked about Donny van de Beek. Donny didn't do much to impress on loan with Everton last season. You can see that the quality is there but he is just not cut for it. He has been more of a passerby than an influencer in the team and I don't expect much from him in this coming season.

I don't and won't expect too much from this Manchester United side because they are still in transition. If they managed to push and secure a top 4 position, I think they would be happy but I hope they won't have another disappointing season. I hope they manage to get Anthony from Ajax which would help the width more but I have zero optimism regarding De Jong. The guy didn't want to come, clearly and it's shameful that we are still chasing him.

Tottenham did so well with their recruitment. They have signed Ivan Perisic, Fraser Forster, Yves Bissouma, Richarlison, Clement Lenglet (loan) and Djed Spence. They look ready to challenge for the Premier League but still, I don't see them winning the Premier League.

Harry Kane looked convinced to stay at Tottenham even though there have been rumours of him being poached by Bayern Munich after they lost Lewandowski to Barcelona. I love their desire but I still think they struggle sometimes, especially after I watched their game against Rangers. Harry Kane would be another important player for them next season with Son. I have that strong feeling that they would qualify for the Champions League again. We would see an exciting Tottenham Hotspur next season even though they did just okay in their Pre-season games with 2 wins and a draw.

Why don't you talk about Arsenal and Chelsea? You only talk about Nunez in Liverpool, not the club. Maybe in your next post. Manchester City will never be left out as long as there is money to spend for Guardiola. I am sure that Manchester United would do anything to qualify for Champions League next season but I'm not sure of Chelsea because Tuchel's attitude towards the players ain't fair, no wonder he said he don't want Ronaldo because the new president is ready to get Ronaldo, he know that he can't treat Ronaldo like others.

If you managed to read the other series you will see Arsenal there. The title says part 3. It's easier to noticed he must have spoken about other teams before then.

He is always talking off point. I don't bother myself about him.

Maybe if you take time to read a post fully rather than replying just for the sake of replying it would give you better understanding rather than jumping the gun. It's not a must for you to comment when you are not sure of what you want to say.

With the way Tottenham has been recruiting, they are not here to play at all and Manchester City would still be a force to be reckoned with. I wish Manchester United would turn up better this new season.

I'm really worried about Tottenham too but it's understandable why they want to keep recruiting because of the Champions League they would be playing. It would be wonderful to watch them play.

They should be happy to have Kane stay with them. Kane would thrive with so many support around and the possibility of having others score too. It helps him to handle the pressure better.

They are battle ready for next season...firing on every cylinder.

It's going to be fun.

Well Man U's performance has surprised me, I don't know what they are for this season, I don't think they can fight for the title against City or Liverpool, but I expect them to put up a good fight.

Another thing that has caught my attention is Tottenham's purchases, they have done very well and I have them as serious candidates.

They are serious contender, I mean Tottenham and I can't wait to see what they can do in the coming season. Manchester United surprised me too and in all truth, I don't see us challenging for the titles but I believe they can qualify for the UCL and also manage to win one of the domestic cups.

With the lack of depth in other positions and the fact that we still haven't gotten a quality CDM, I'd be surprised if this man utd makes the UCL places. ETH can only do so much, but you just cant play Maguire in a high line with Fred and McTominay running in front of him confusingly.

As for Tottenham, it's definitely make or break for Conte. There's no more room for unnecessary complaints as the club has completely supported all his transfer wishes. I'm rooting for them to finish third

The club has given Conte his wishes and he better deliver. Let's hope the pressure won't break him hahahaha. Let's hope he thrive with it.

I am still worried regarding our midfield and see the chance Maguire missed today as well. I don't rate that guy.

😂 😂 Personally I hope the pressure breaks him. In fact I wish all the other big teams suffer. Since Utd doesn't seem like they're ready to be better than them, then they have to be worse than us for us to win trophies.

🤣🤣😂😂🤣🤣😂😂😂 you spoke like a typical Manchester United fan. I like that. I hope they all have a bad season and I am happy Haaland suffered in his first competitive game 😂😂🤣😂.

I hope Bailly can be fit. I prefer him with Martinez at the back since Varane is injury prone.

I don't know what coaches see In Maguire to be honest. All indications points to ETH favoring him ahead of Bailly

He's British and I don't trust Manchester United board...they must have told him to use him and they like seeing British in the line up. Being the captain is also the problem. If they can strip him of it, he won't make the line up.

The biggest mistake that the United management can make is to enter the new season and the striker is Martial..

A player who lacks quality and lacks stability.

Manchester must resolve the issue of Ronaldo. His stay means a lack of focus with the center of the attack, and his departure means entering the market strongly for a player that the team can actually rely on.

You are right. Martial and Rashford, they are no no. I am just surprised to see Martial turn up huge for Pre-season but as you have said, he is not reliable.