Hello friends, it is a pleasure to write again in this community a new post, this time it fills me with some melancholy, to see what I consider the best boxer of all time, and I say the best because historically he has been the only world champion in eight different weight categories; announce his retirement from the ring at the age of 42 years is Manny Pacquiao an exemplary legend in boxing, I hope you like it and can help me with your comments and your votes. 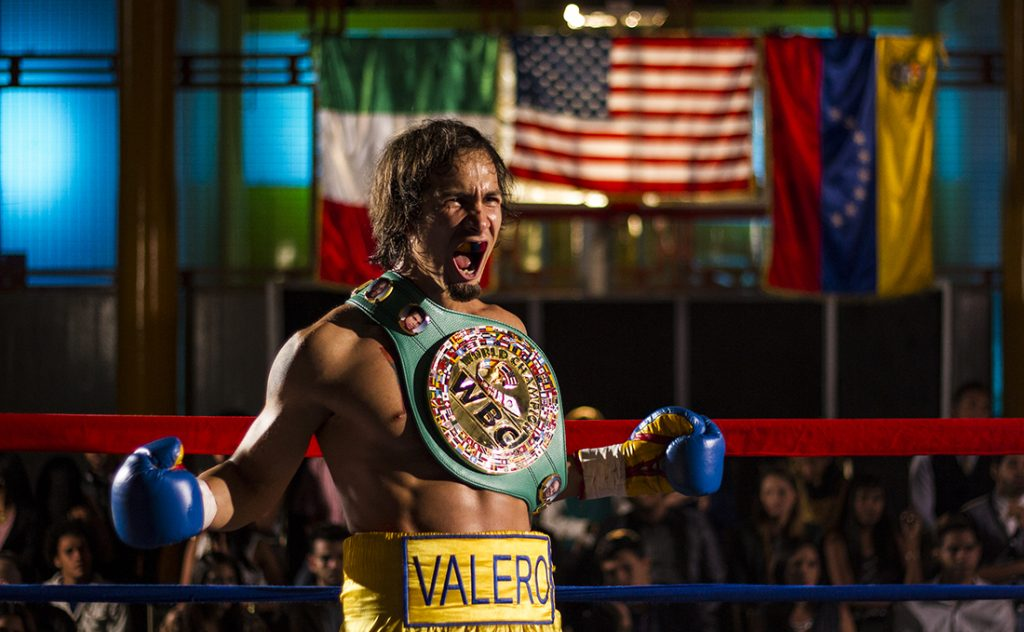 In Venezuela have been born, great boxers and it is a sport that normally their fans, or people who like it, have ages between 25, 60 years or more, Venezuelans have witnessed great achievements in this sport, the most recent and remembered feat, although with a gray end was the career of Edwin Valero "El Inca". who managed to win in his professional career a total of 27 fights, he was world super featherweight champion of the World Boxing Association and lightweight of the World Boxing Council, on several occasions he stated that he was studying a possible fight against Manny Pacquiao. 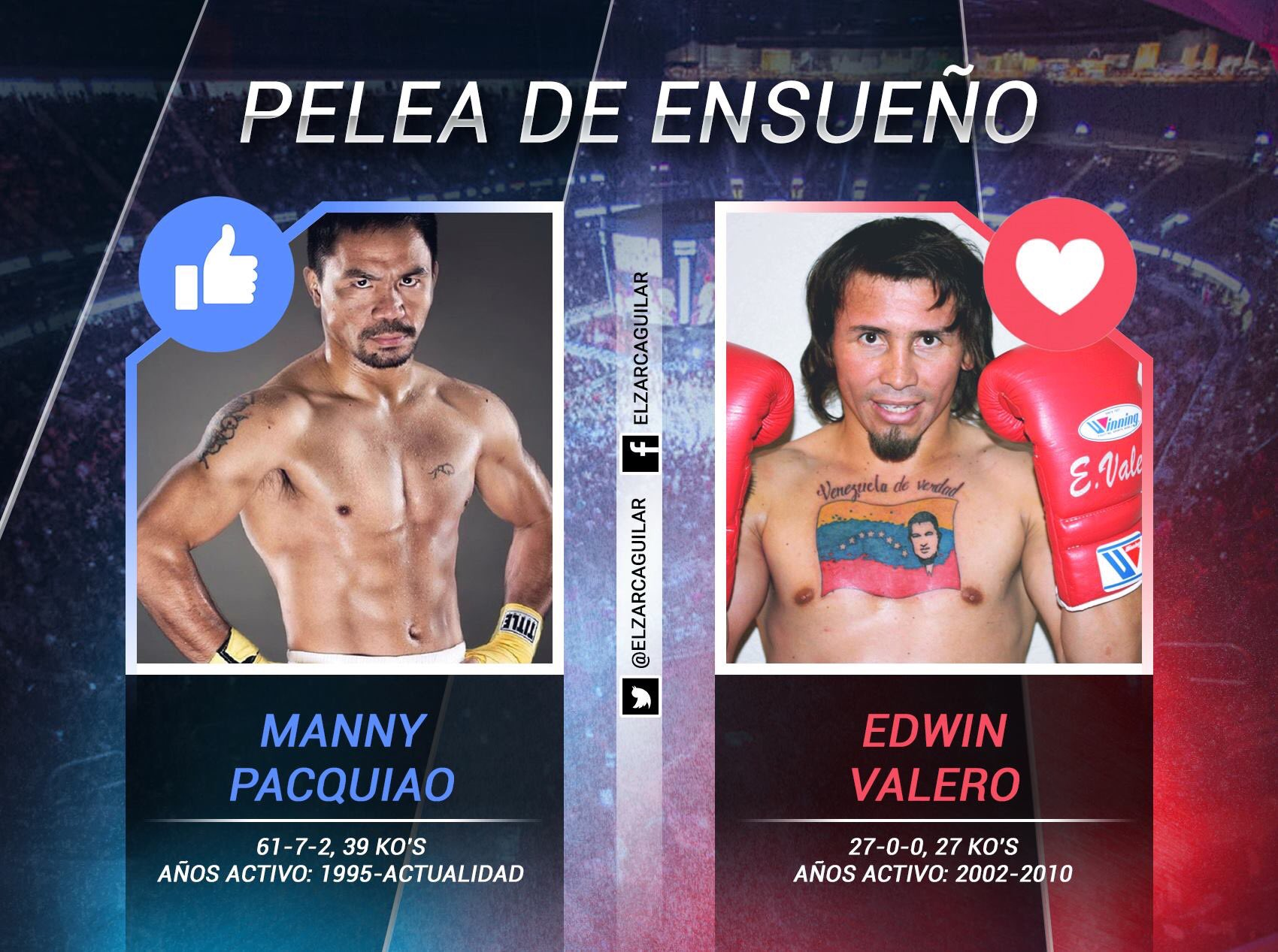 I have always had a sense of belonging to my country like all of us who love this land, and in the sporting discipline where an athlete participates always as a fan my support is irreversible, but if that fight between Valero and Pacquiao had happened I think I would have doubts to support Valero, and not because he had unsportsmanlike behavior, or because of his relationship with the then president of the republic Hugo Chavez, but because I have always been a great admirer of Manny Pacquiao as a fighter, the Filipino in my opinion was always an opponent who provided a fight of height, a fighter without fear, with power, speed, skill, and a humility inside and outside the ring that was loved by all, even his own rivals earned the respect and affection although this in this sport does not seem to matter.

Another of the expected fights that could not happen was against the Mexican Saul "El Canelo" Alvarez, the reasons were the difference in weight and categories between the two, Pacquiao also has 12 years of age difference to "Canelo" and in recent statements he praised the Guadalajara fighter saying he was the best pound for pound and if he focused on boxing, working hard, and staying disciplined, he would last long in boxing.

Other good fights that he could have given and were left to be expected, were against Terence Crawford and Errol Spence Jr. at welterweight, or against Josh Taylor, Super Lightweight world champion, at 42 years old the Filipino decided to retire after losing last August against Cuban Yordenis Ugas, by unanimous decision, this would be his last time in action in the ring.

Out of 72 fights, "Pac-Man" as he is also known, only lost 8, three times he was knocked out and the other five he lost by unanimous decision, but of the three he lost by knockout and the most mediatic and expected was against the difficult Mexican Juan Manuel Marquez, who defeated him in the second round with a superb and merciless beating, on Saturday, December 8, 2012 in Las Vegas; Manny had already won two previous fights by decision and a controversial draw, of which he lost in the ring by judges' decision, against Floyd Joy Mayweather Jr. was the most awaited and controversial because both boxers became at that time the two highest paid athletes in the world for the year 2015, being the American the first after receiving for that fight, 250 million dollars, while the Filipino secured a profit of 150 million dollars.

A legend of world boxing, a warrior, a tireless fighter, who in combat proved to be a professional at the height of each commitment, a man who achieved fame with discipline and humility after a difficult childhood marked by extreme poverty, Manny grew up with the hunger that made him become world champion, and is one of the best of all time.

His last fight was lost in 12 rounds by decision to Cuban Yordenis Ugás, on August 21 of this year, although the boxer himself confessed that at one time he was addicted to liquor, a womanizer and gambler, this does not detract from his merits to be considered an exemplary athlete to be followed by young people interested in bettering themselves. 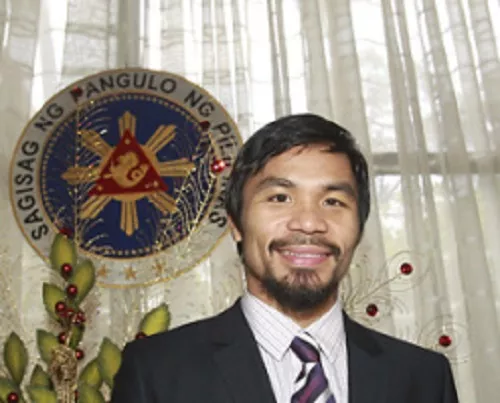 It will take many years for Venezuelans to have again a fighter in the ring, with the boxing characteristics of Edwin "EL INCA" Valero, and the Filipinos I think they will also see many moons pass for a devastating champion like Manny, Pacquiao for some time has been involved in the political life of his country where he was a congressman and senator, he recently ran as a candidate for the presidency of the Philippines and will have as his rival the current president of his country Rodrigo Duterte. Farewell to a legend in the ring, greetings, success and blessings.