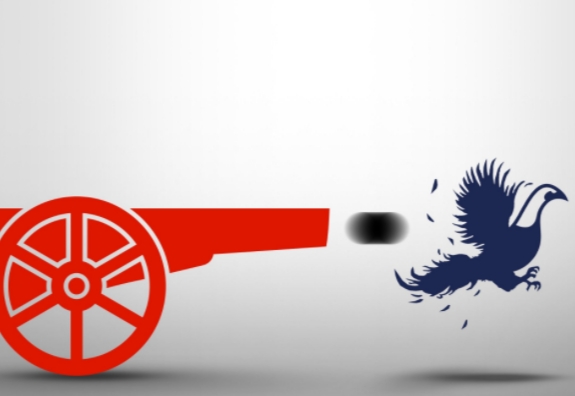 Arsenal came out on top in the North London Derby after they came away with a much needed 2-1 victory over their city rival Tottenham Hotspur at the Emirate Stadium, denting Spurs push for a European berth for next season.

Everything needed in a North London Derby was on show on Sunday's English Premier League matchday 28. An outrageous rabona goal, a penalty kick, a sending off and not to mention the rattled woodwork on a couple of occasions.

It was a game Arsenal needed to win to keep their slim hope of European finish alive and a defeat would open up a 10-point gap behind Spurs. It no surprise the Gooners took the game to their noisy neighbours from the kickoff and were in control for much of the game.

It looked like a matter of time before Arsenal got their breakthrough goal when Emile Smith-Rowe beat Hugo Lloris but not the woodwork with a fine strike. However, against the run of play, Erik Lamela(32'), who had come on for the injured Heung-Min Son, produce a moment of brilliance with an audacious rabona goal just passed the half-hour mark, to give Tottenham the led.

Kudos to Arsenal though, they didn't let their heads down as they battled their way back just before halftime. The marauding Kieran Tierney with a swift ball to teammate and Real Madrid loanee Martin Øedegaard(44') to score his 2nd goal in 4 days for Arsenal, as the Gooners restored parity. It was all square at halftime.

Arsenal's hard work paid off in the 64th minute when Spurs Center-half Davinson Sanchez was penalised for a clumsy challenge on Arsenal's Alexandre Lacazette in the box, the Frenchman dusted himself up to tuck the spot-kick away for a 2-1 Arsenal lead. 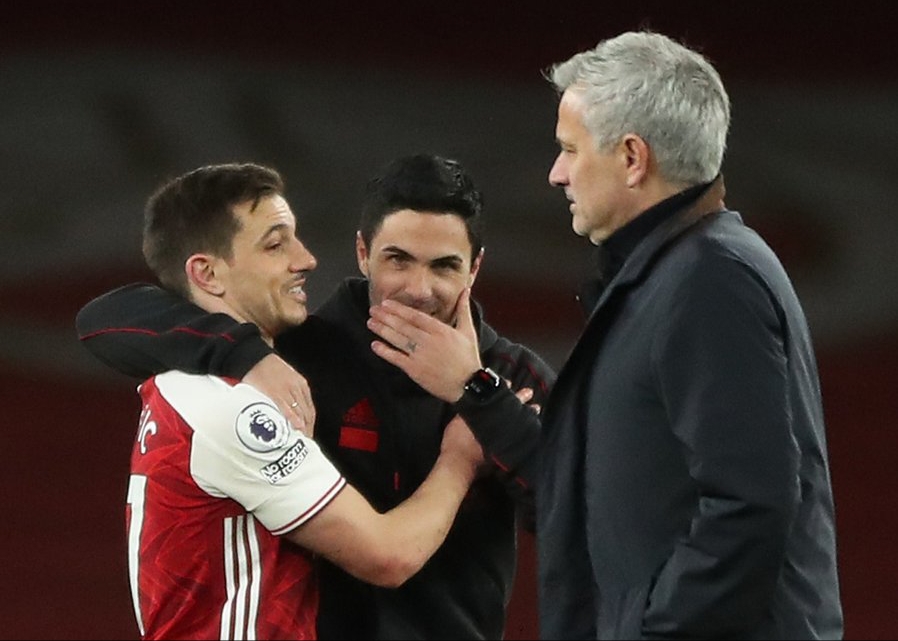 Wait a minute, Cedric & Arteta had something to say to Mourinho

Spurs scorer, Lamela went from hero to villain when he was sent off for 2nd bookable offence, throwing his arm into Tierney's face. A nervy finish for Arsenal as they duly packed up shop to saw off the remainder of the encounter.

Eyebrows were raised when Arsenal manager Mikel Arteta revealed at the pre-match interview that Arsenal talisman and Captain Pierre-Emerick Aubameyang would start from the bench for disciplinary reasons, well, the gaffer was vindicated as his selection came up with the goods.

Cross-posted to my other accounts Scorum, Blurt etc.