@photosnap 65
about 1 month ago
spt Hello, dear fellows of the Hive community! I am here to share my today's splinterlands quest rewards with you. I received 6 rewards of chest today.

Goblin engineers of the Burning Lands have outdone themselves with the latest model of the Lava Launcher, which unlike its predecessors, actually launches lava. The load chamber holds a fairly large amount of liquid magma, which is somehow balled up and launched toward enemies. Once it leaves the load chamber, the outside of the lava ball hardens instantly, making it land with highly destructive explosive power. This weapon was developed by Azad goblin engineers under the employ of the Torch and being paid handsomely for their developments. Its creators were named Irv and Sterv Flanklin, a pair of twin brothers who specialize in weaponry and vehicular design. They’re happy to say that of the first 100 Lava Launchers made, more than 40 of them did not catch fire with the driver inside. 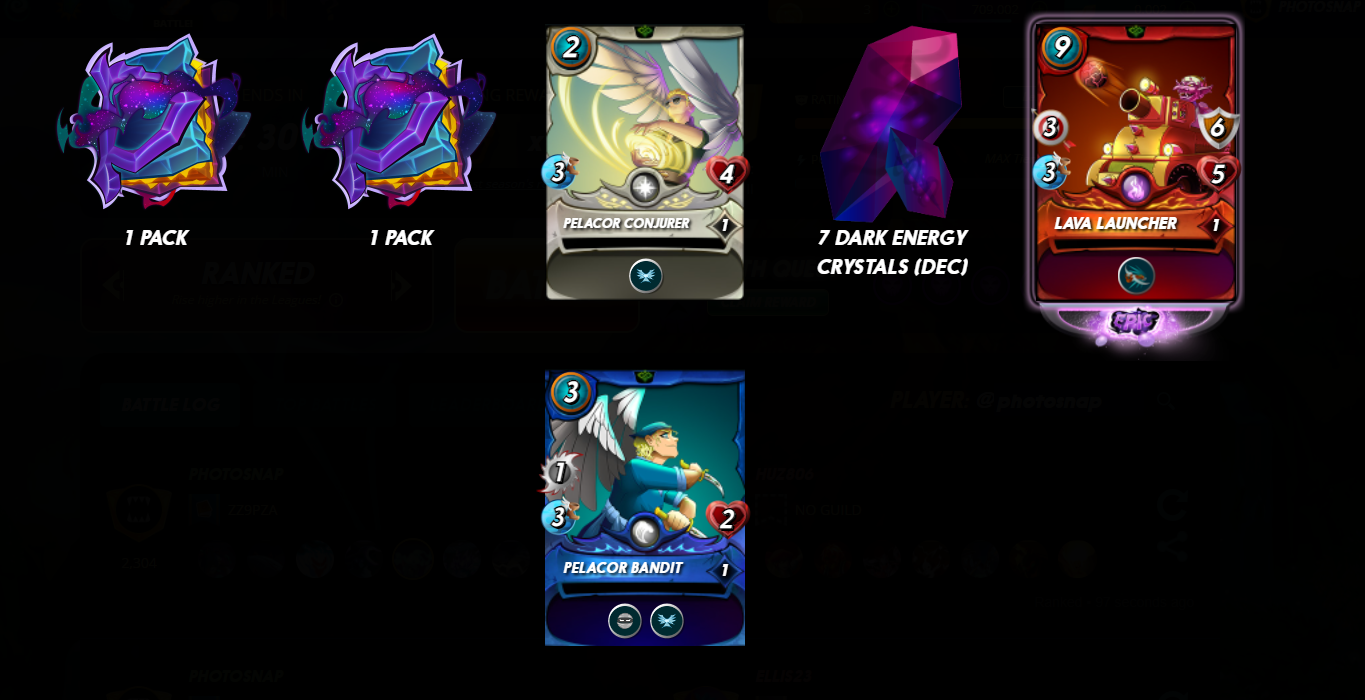 If You want to play Splinterlands you can play it for free. To earn rewards you will be needed to buy a Spellbook that costs 10$. Below is my referral link if you are interested.
https://splinterlands.com?ref=photosnap

Plagiarism is the copying & pasting of others' work without giving credit to the original author or artist. Plagiarized posts are considered fraud.
Guide: Why and How People Abuse and Plagiarise
Fraud is discouraged by the community and may result in the account being Blacklisted.