FIFA World Cup 2022 : Only one month left before the fever of football takes over the world! I finally received my panini album as well as the stickers for the kids!

Greetings of the day everyone!

What a pleasure writing this post today as its been a long time I last posted in here!...and in less than 30 days, the FIFA World Cup 2022 will be kicked off in Qatar!

And on each world cup, I have the habit of collecting the panini stickers and complete the album which is kept as souvenir!

I actually placed the order and paid since the 10th of October and it is only today after that I contacted the company to ask what happened that I got it... 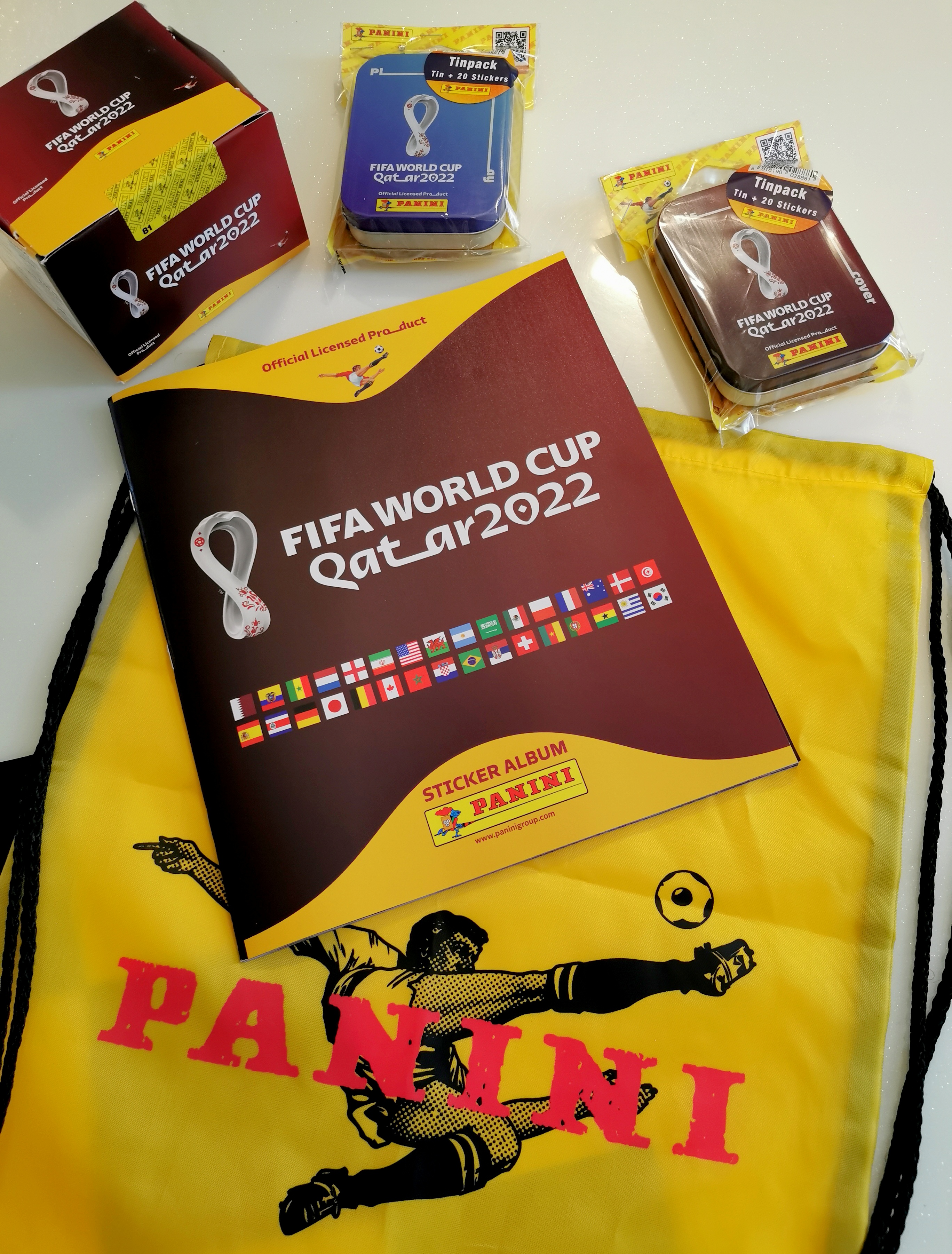 Cost me around 110 Usd for everything!

Things are really expensive indeed, but I can't miss this at any cost!

Specially for the kids, as I want them to live this moment together when the world cup will be kicked off on the 20th of November!

I bought 2 tinpacks which came with 4 packets of stickers more!

So in total I had 108 packets of stickers to open! 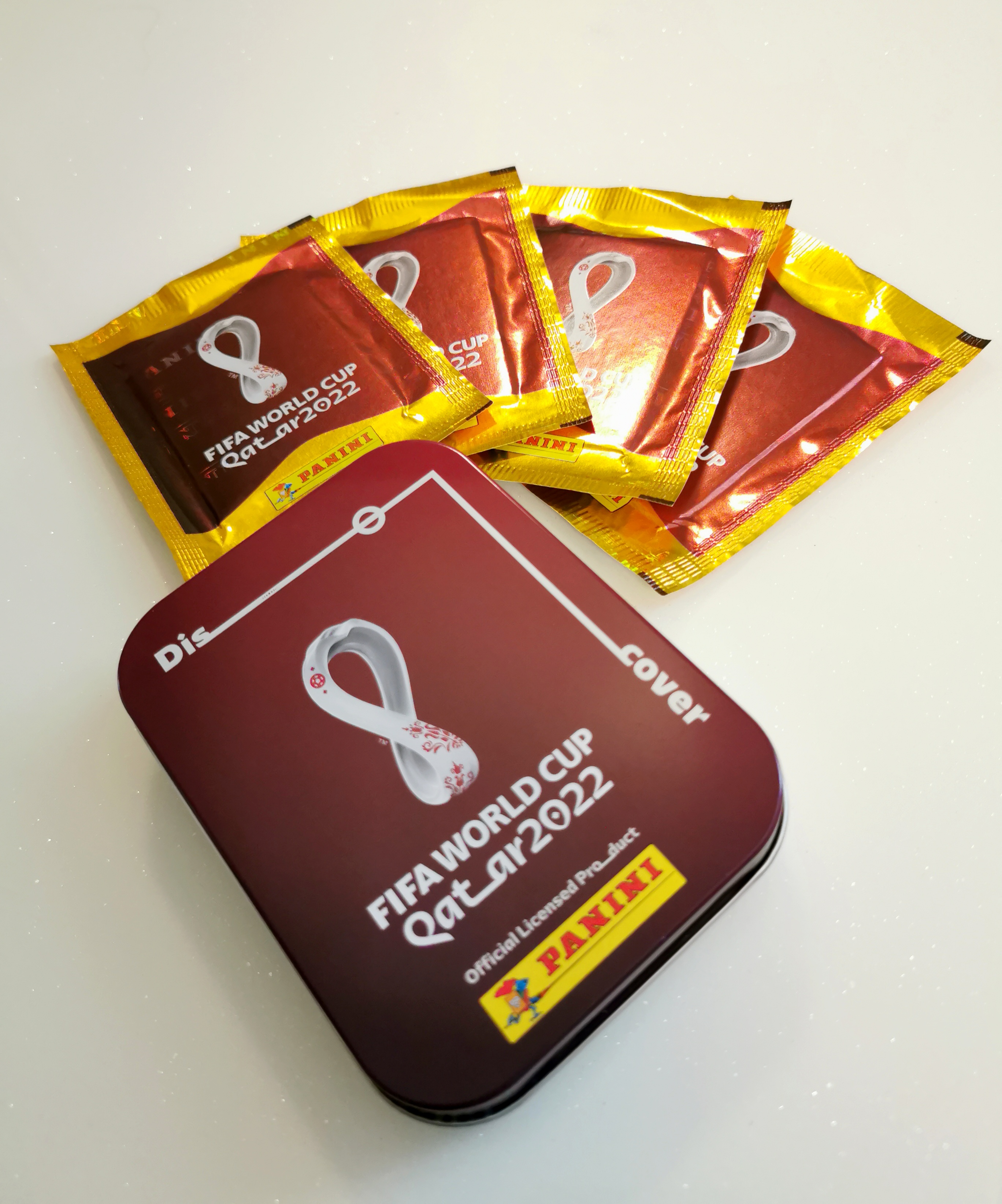 This tinpack is for my daughter... 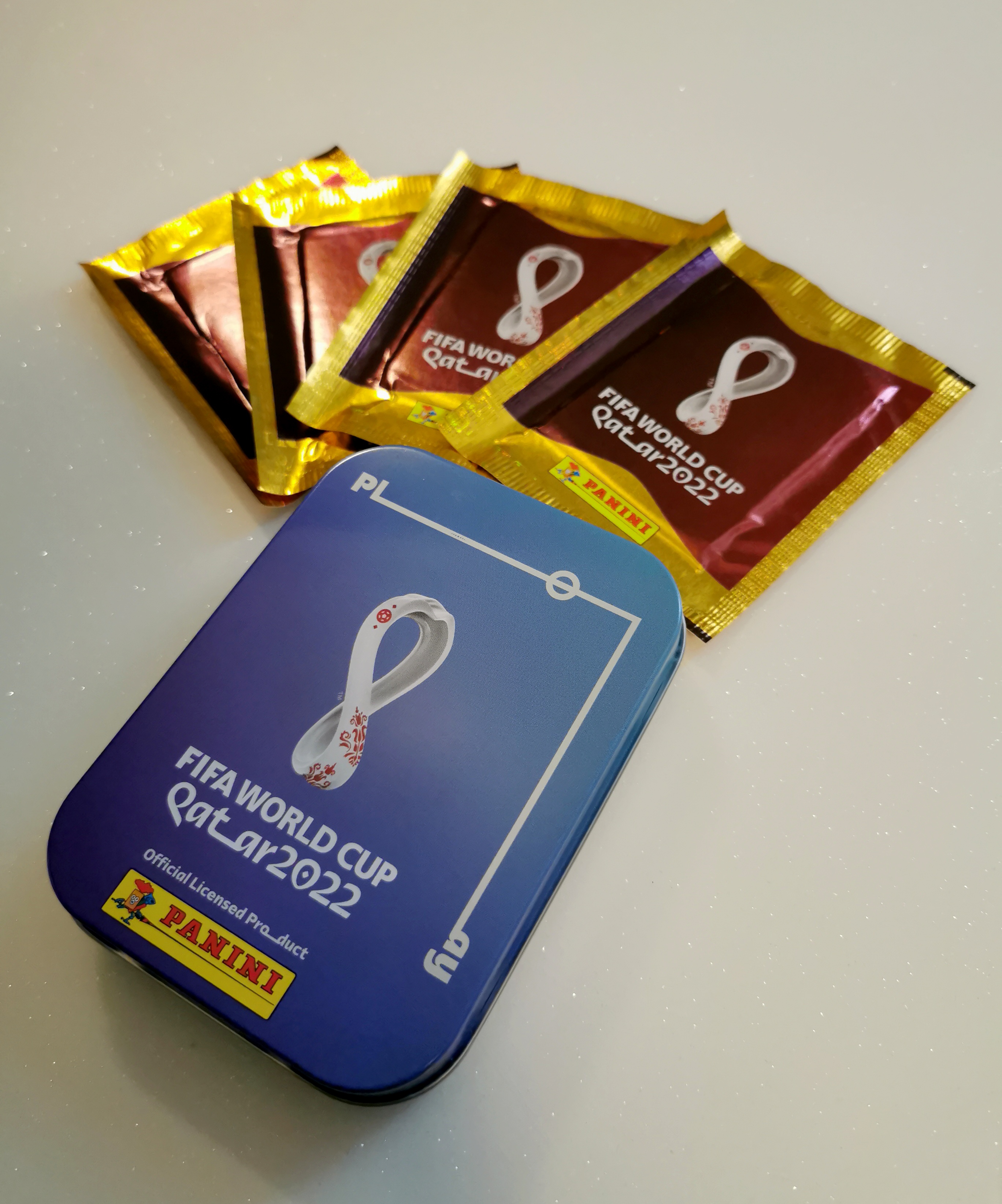 This blue one is for Omar!

Here's all my packets of stickers...ready to be opened!

Having digital ones is nice, but the fun in opening physical ones and stick them on the album is an amazing thing to do!

It was my daughter Rheem and niece Sofia who helped me opened up all the packs! 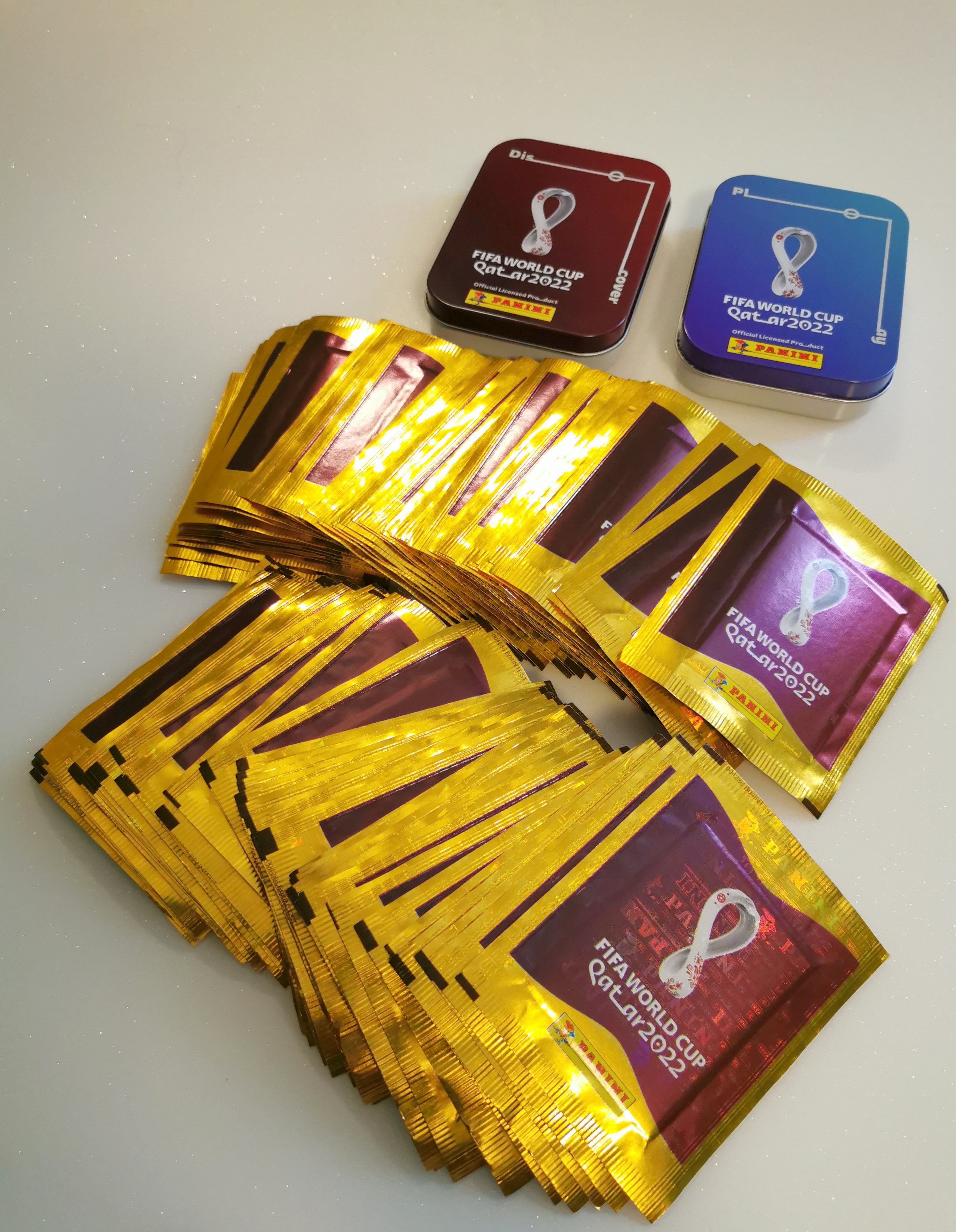 The first packet that I opened...

Nice find on the first pack itself specially with Luis Suarez inside! 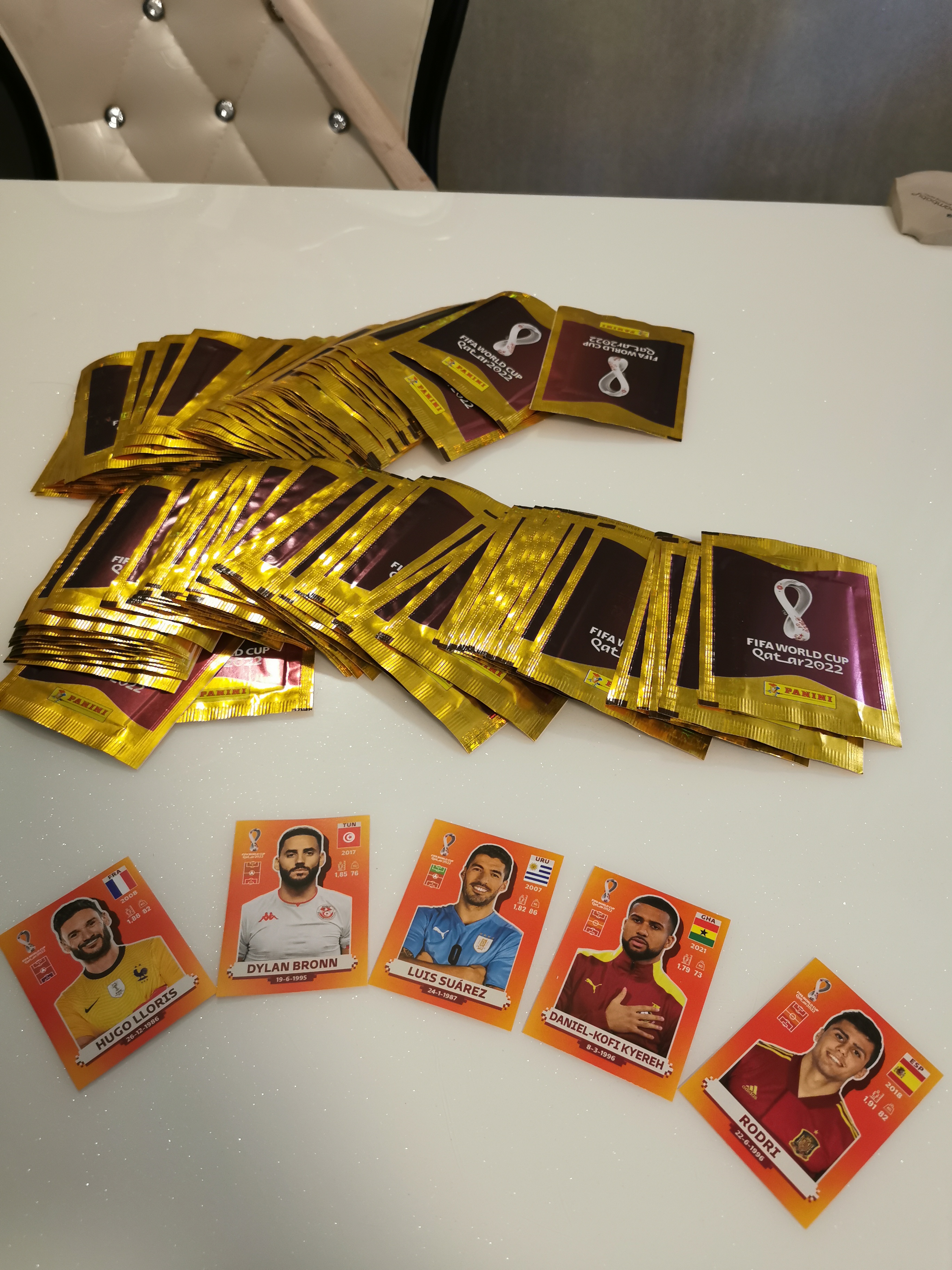 Got the big names in the packs...

I really wanted to at least get the most famous players of the tournament and so happy that I got nearly all of them... 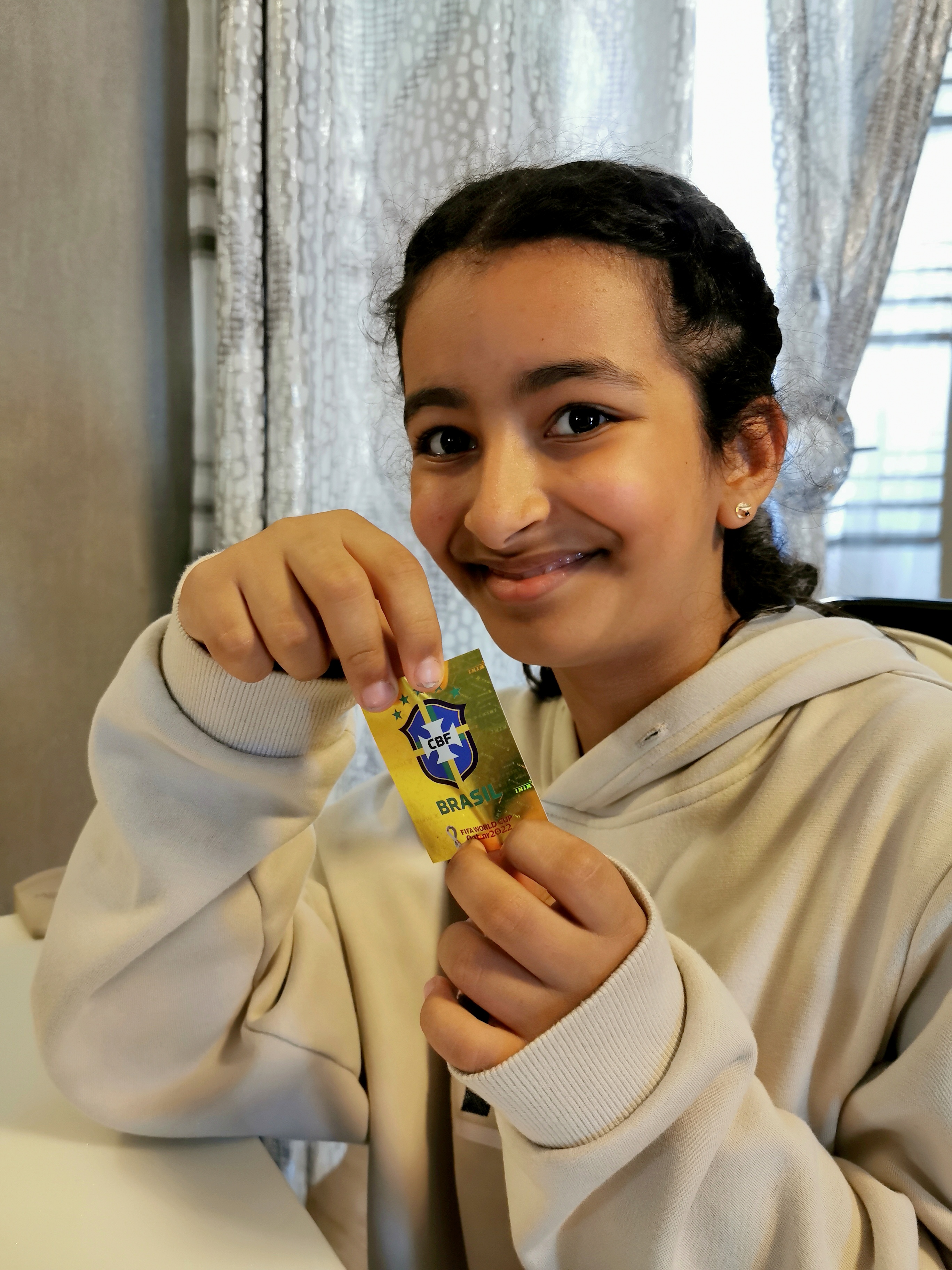 Rheem got the Brazil badge...not bad at all!

These are my 3 top favorites and the girls got them in the packs! 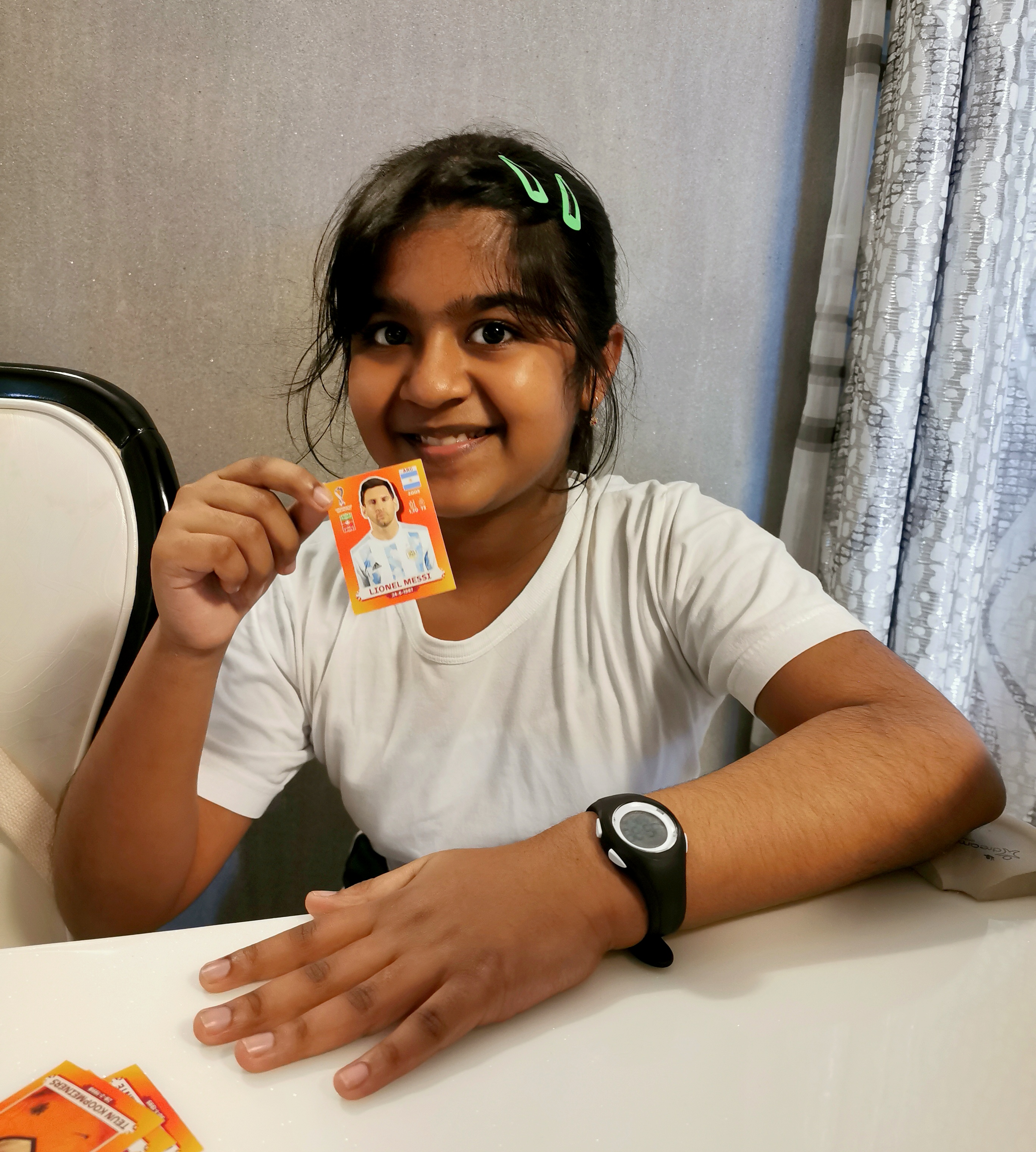 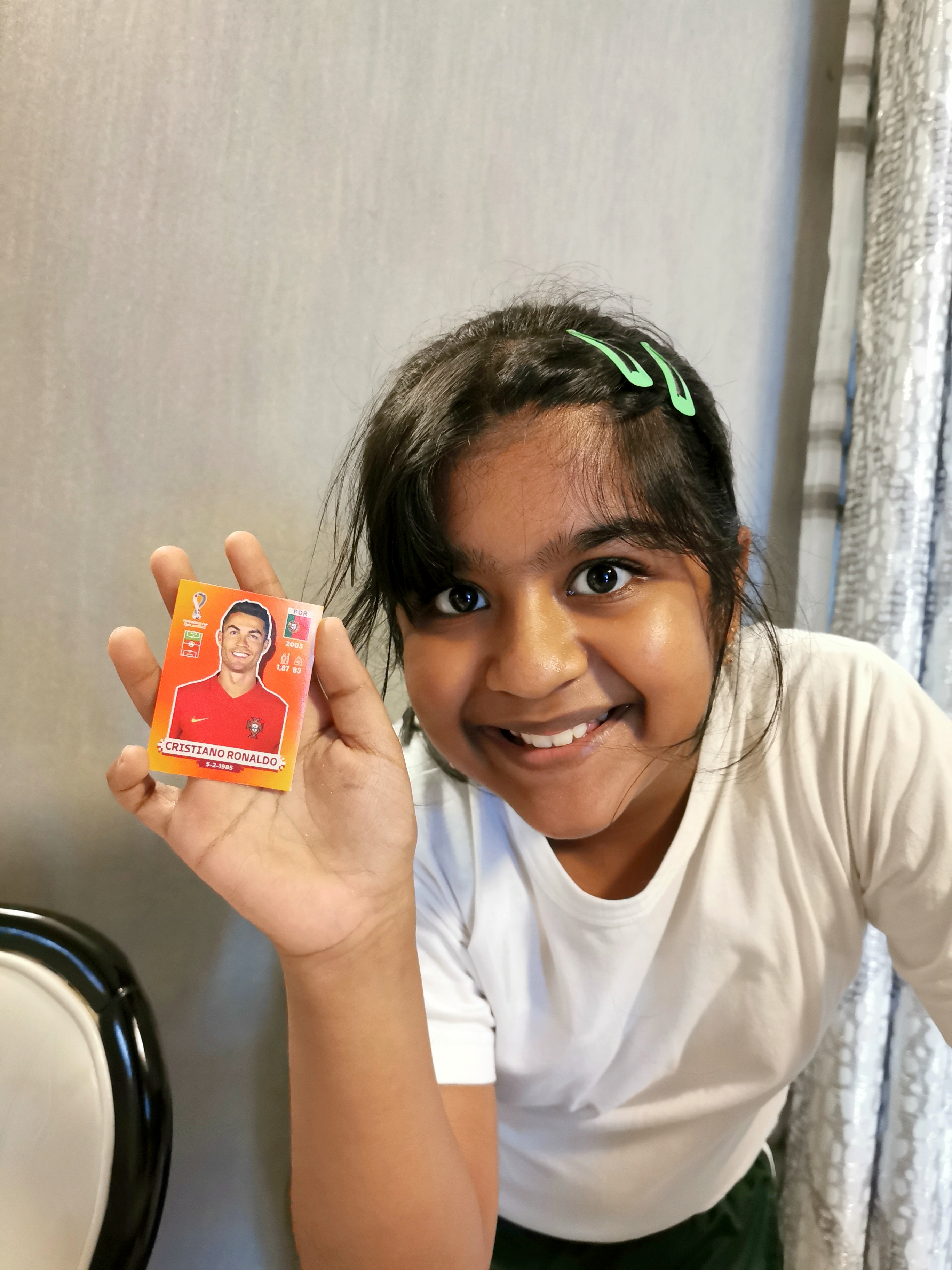 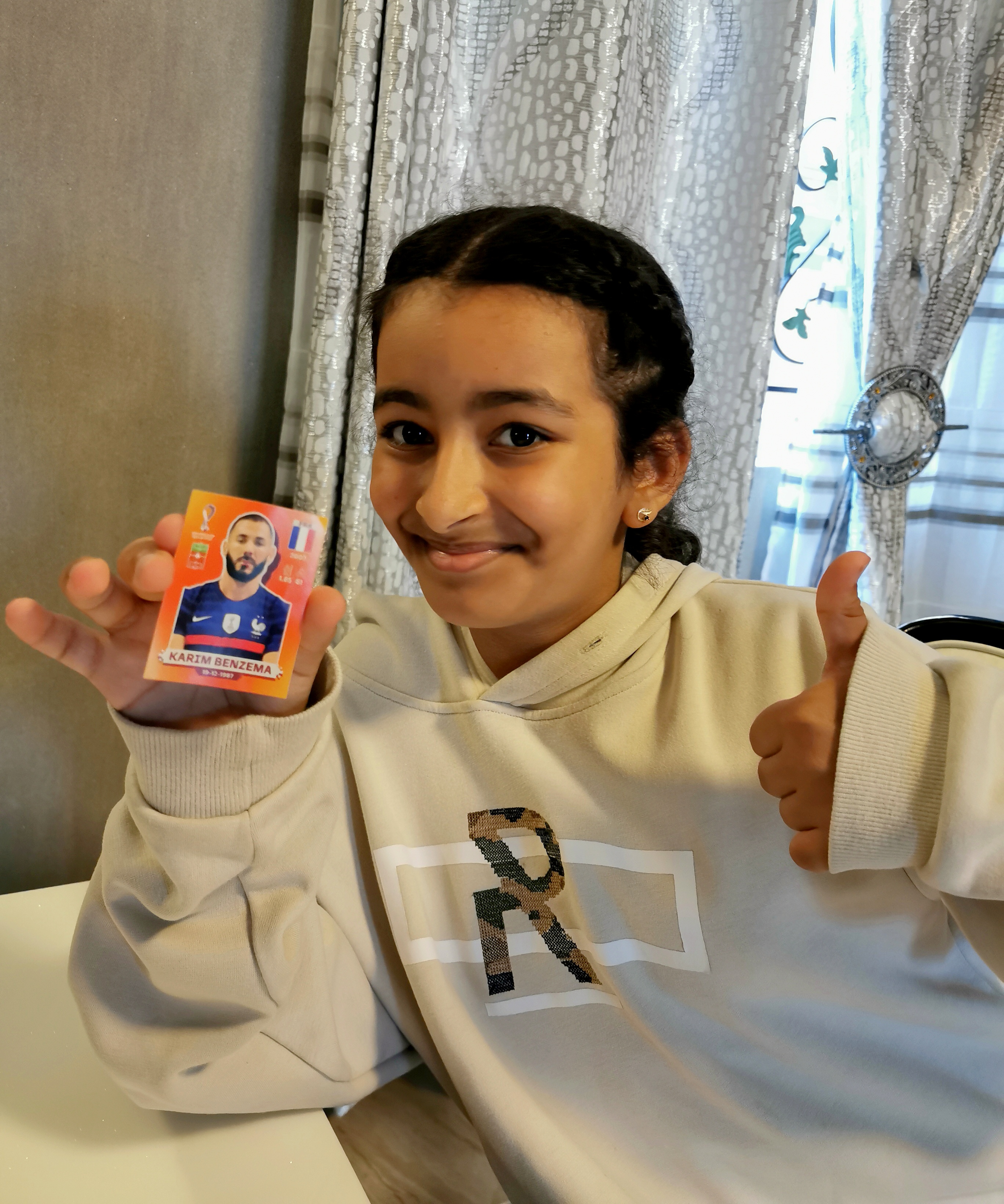 Happy Kids...so excited for the start of the tournament!

I still have to start sticking the photos in the album and for sure I will need to buy more packs to be able to complete the full album!

It will be so much fun filling up the album and watching the world cup for the end of year! 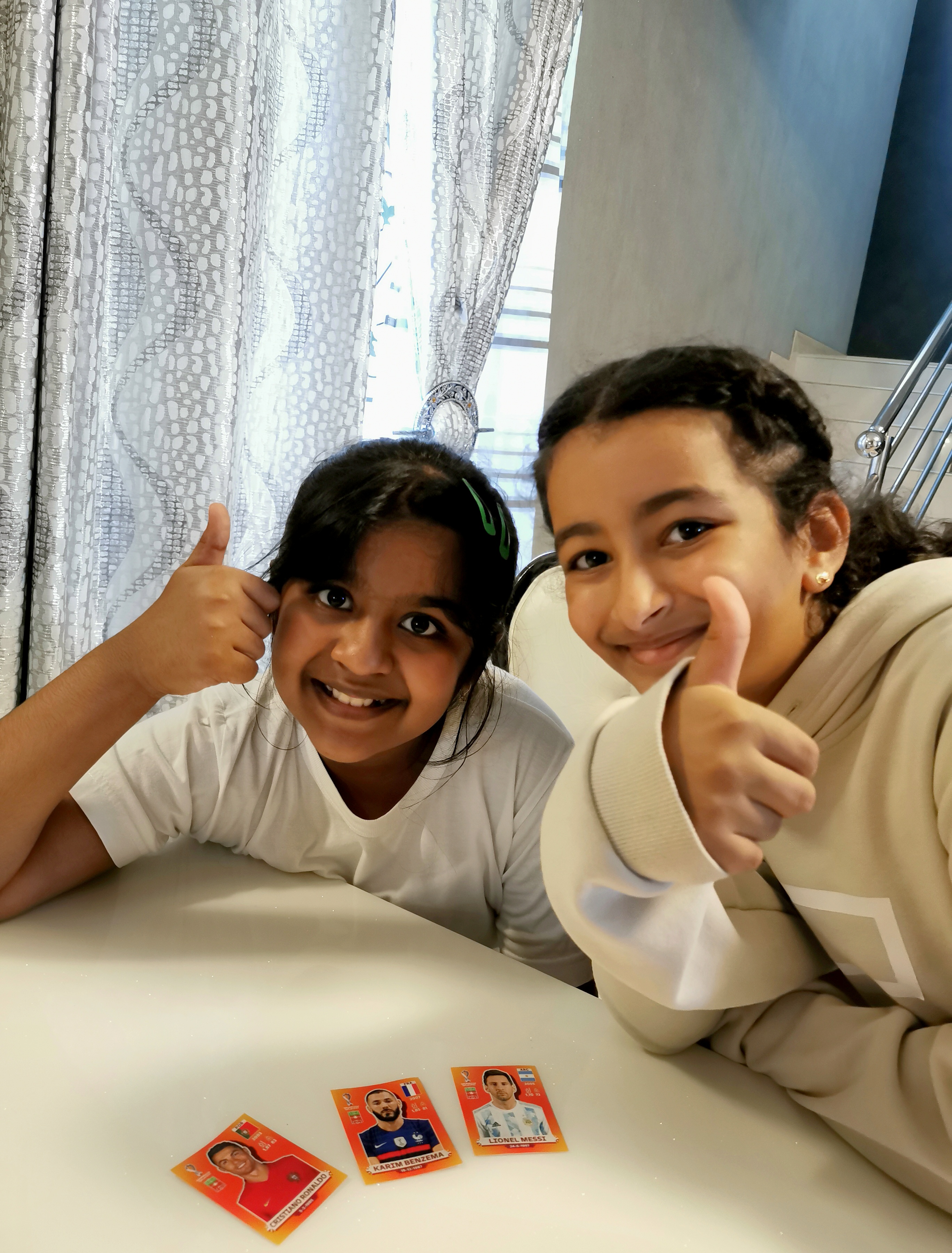 Rheem and Sofia so happy to have got the top players like Benzema/Ronaldo/Messi!!!

And who's your favorite team for this world cup friends!???

I am a big fan of France as well as Argentina and this time also I'll support them!

It would be great to have either Messi or Ronaldo win the cup to end their career in beauty, isn't it friends!?

By the way, are you a fan of Panini stickers!? Who's doing the collection at your place!?

Looking forward to read from you!

Thanks for reading and wish you a wonderful world cup ahead!
Best Regards!
@progressivechef