Every sport needs fans to support the game or race. A game or race is not entertaining without fans coming to sports arena. Like you know, during the pandemic fans of football may not support their teams in stadium. However, fans should behave properly when in a stadium or a race as we don’t want to happen again a horror crash at Tour de France a few days ago. 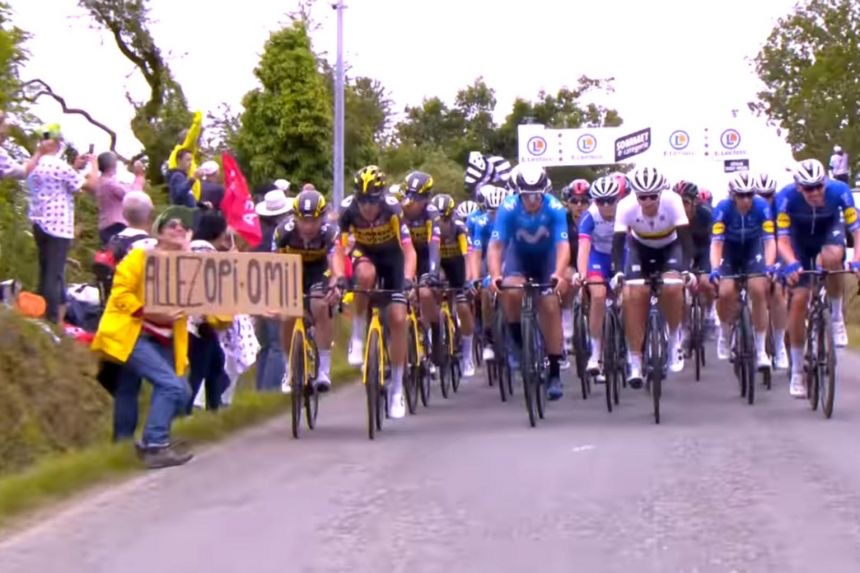 We know that, the accident was not intended. The fan was just too happy and taking selfies. She didn’t expect the accident to happen. I could feel how the women in yellow raincoat is so stressful now.

The police now is investigating and trying to find her. I suggest the women just show up, surrender to the police to take responsibility for his action on the race that caused huge crash. Yeah, I think fans have to make sure not to make race line narrower, that make riders are difficult to control their balance and position.

The woman had held up a sign with 'Granny and Grandad' written in German, looking up the road towards the race's motorbike cameras with her back to the speeding peloton.source

What the women did was so dangerous, she was not aware that the riders were going so fast. And the crash happened so badly since it’s just caused by selfies. So, the fans come to see the tour, not taking selfies.