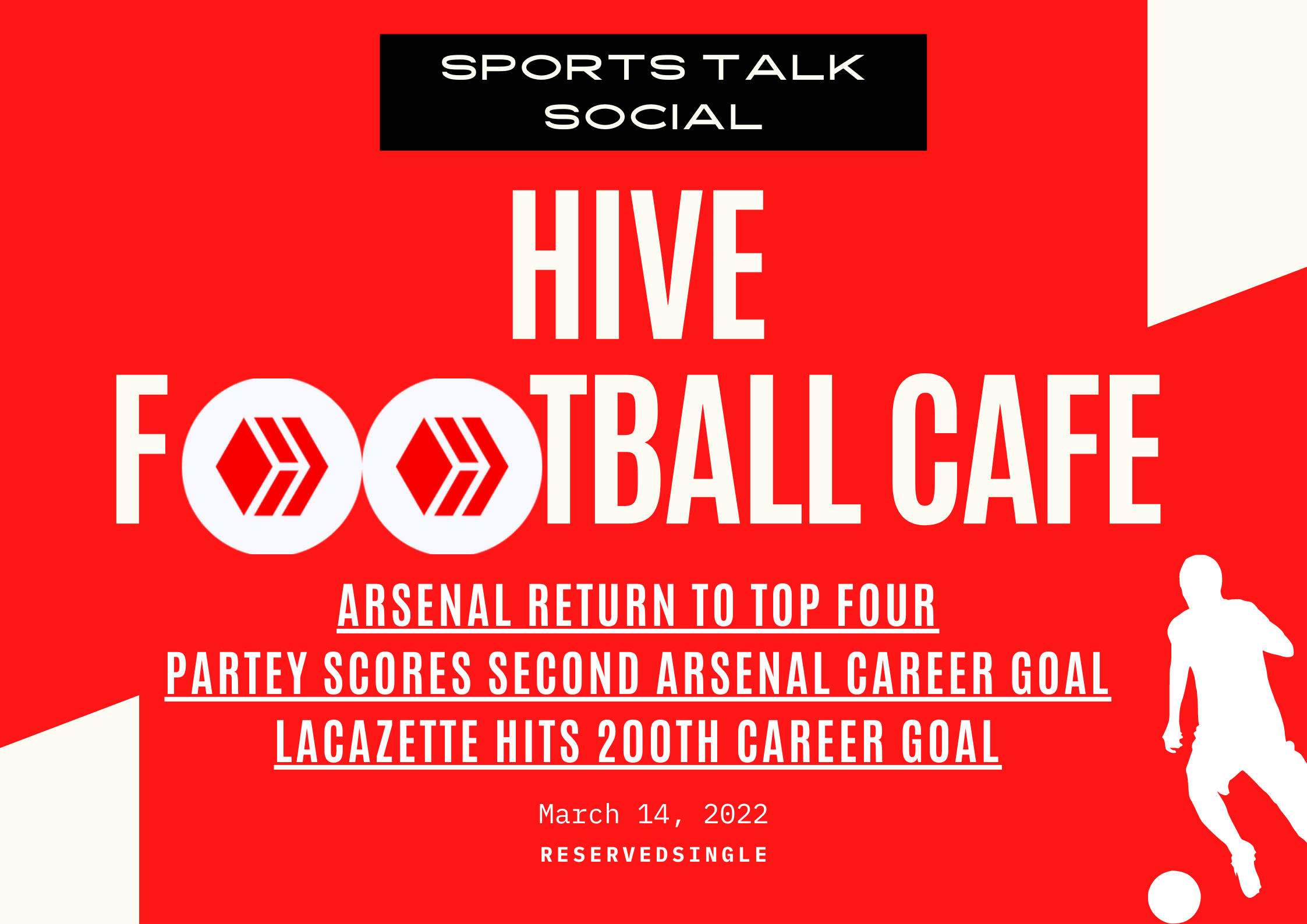 It was a long awaited moment for Alexandre Lacazette who finally got his 200th career goal as Arsenal defeated Leicester City 2-0 at the Emirates to regain their place in the top four.

The Frenchman had been stuck on 199 goals and on a 10-game goal drought before he was presented with the opportunity to break the duck from 12 yards out and he struck firmly into the top corner.

Arsenal had it all to play for after being temporarily displaced by Manchester United In that last Champions League spot after Cristiano Ronaldo's hat-trick inspired the Reds to a 3-2 victory over Tottenham earlier in the afternoon. They sure responded to the challenge with a resounding victory.

You don't change a winning team they say and Mikel Arteta stuck to the same side in their last few games, despite Emile Smith Rowe returning to the team, but was only able to start from the bench.

Against a Leicester City that have not really been hitting it well in the league this season, I didn't really expect any upset from the Foxes and the absence of Jamie Vardy, who has scored 11 times against the Gunners through a knee injury was another blow for Brendan Rodgers, who would have loved to get a revenge for their loss at home in the reverse fixture. Indeed, this same fixture was won 1-0 by Rodgers's team, one that ended their 23-game winless run away at the North London side.

Arsenal tried to get a quick hold of the game and the opener was deserved when Thomas Partey peeled off Luke Thomas at the near post to head home a corner from Gabriel Martinelli. Again, the frailty of Leicester from set pieces - corner kicks - was shown. So far in the league, they have conceded the most goals from corners and how Partey was left totally unmarked was very appalling. But, you know, from an Arsenal perspective, who cares?

It felt good to see Partey grab just his second goal for Arsenal. Adding goals to the current number he does is a big plus for him and the team. He has improved immensely since the turn of the year and is a player that would be pivotal in the run in to Arsenal's end to the m. He almost grabbed a second moments later when he was teed up on the edge of the box by Granit Xhaka. With Kasper Schmeichel rooted to the spot, his effort came back off the angle of the post.

That goal would have downed the morale of the Leicester players, but getting away with that gave them the energy to fight back as Harvey Barnes at the other end tried to lob Aaron Ramsdale from a tight corner, but the Arsenal goalkeeper made himself big enough to thwart his effort.

That moment was the charge for Leicester to come into the game and it looked like Ramsdale had meant to become Leicester's nemesis this season as he produced a point blank save to deny Harvey Barnes before the break. On the touch line, Rodgers was already raising his hands in celebration until he saw Ramsdale pull off that save. He had no choice but to clap the goalkeeper in admiration. That save looked similar to the one he had from James Maddison's free kick in the reverse fixture which Arsenal also won 2-0.

The second was knocking on the door for Arsenal and it was no surprise when they took the lead just before the hour mark after a long VAR review which caught Caglar Soyuncu touch the ball with his hand, even though slightly from a goal-bound Partey header. After a long wait, Lacazette beautifully dispatched into the top left corner. Schmeichel immediately ran off his line to protest to the referee on claims that the Arsenal forward stopped his run in the process of taking the kick. There was definitely no case for him as replays showed nothing wrong.

Martin Odegaard continued to run things for Arsenal in the middle. His sleek moves, back heels, ball recovery were second to none on the night. He created five chances in the first half alone. It was no surprise that he received accolades from ex-players after the game and named man of the match.

Arsenal need to be careful though of complacency, especially when they play bigger and more in-form teams like Liverpool. When they score, they need to maintain that high spirit to kill games. Leicester almost rallied back in the closing stages, like we saw at Watford and against Wolves, and this is not something Arsenal should be doing against stronger oppositions.

Like the commentator alluded that Arsenal fans are obviously not expecting any trophy this season, but the progress is now tangible and purposeful. This alone is a huge trophy for them this season. If they get into the Champions League next season, it would have been a great season for them on the back of where they're coming from.

From the last available 33 points they have amassed 28. No other team has achieved that and they are tied on level with league leaders Manchester City . If they're to be title challengers, the league of Manchester City is where they should be aiming.

The Gunners are definitely with the advantage for the top four race as they have three games in hand, albeit, these games are against Liverpool, Chelsea and Tottenham. These are the matches that will test their mettle and readiness for European football, and should they manage to at least avoid defeats in these games, then, they'd be solidifying their chances for a top four finish.