EPL: Arsenal Bounce Back With Win Over Newcastle 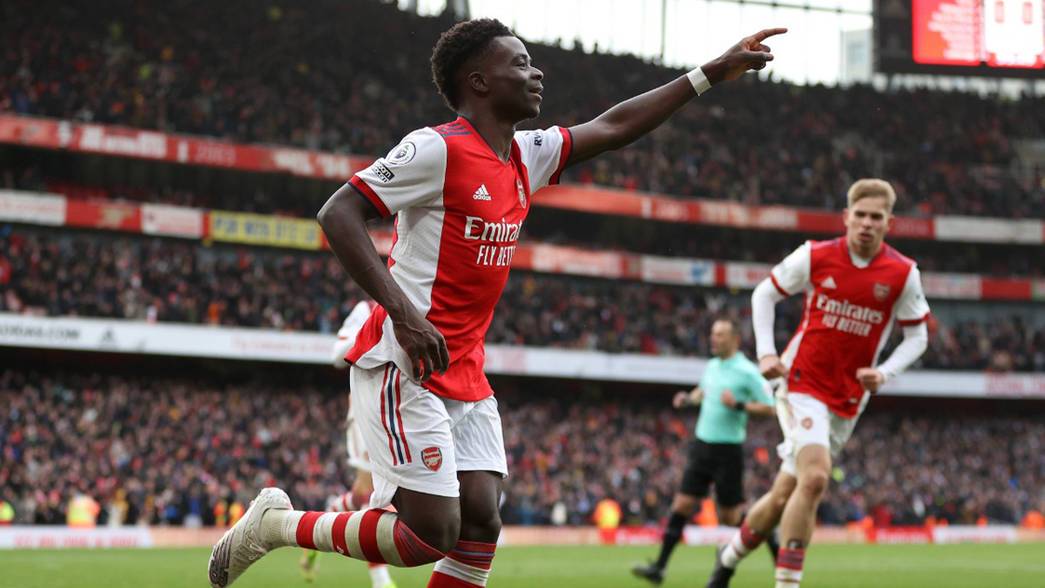 Arsenal returned to winning ways in the Premier League with a 2-0 victory over Newcastle United at the Emirates following their 4-0 loss away at Liverpool last weekend, a loss that ended their 10-game unbeaten run in all competitions.

Mikel Arteta made just one change to the side that started in the loss at Liverpool, dropping Alexandre Lacazette for Martin Odegaard.

Eddie Howe was taking charge of his first Premier League following his appointment as replacement for Steve Bruce and his recovery from Covid-19. He made three changes to his team. Martin Dubravka returned from injury to replace Karl Darlow between the sticks.

Saka failed to reach a lovely ball over the Newcastle defence by Albert Sambi Lokonga as the Gunners pushed for an opener, before Dubravka denied Odegaard from a well-taken free kick.

On the other end, Aaron Ramsdale put up another of his fantastic saves to deny Jonjo Shelvey from his long range effort, similar to his save of James Maddison’s free kick. The former Liverpool man tried another effort moments later, but this time it was a more comfortable save for the goalkeeper on the second catch.

Then came what may be tagged the Miss of the Season yet when Pierre-Emerick Aubameyang failed to score from less than a yard out. Saka received the ball on the inside left, before making his way to the byline and sending the cross across goal, which was met by a fine header from Emile Smith Rowe. Dubravka managed to save the header and punched straight at Aubameyang, who had the goal at his mercy, but could only manage to hit the outside of the post.

Arsenal kept going in a one-sided affair and Smith Rowe saw his effort from a Takehiro Tomiyasu cross blocked by Emil Krafth, before Nuno Tavares blazed the rebound into the stands.

The Gunners continued after the restart from where there left off, requiring the creativity and bravery of Bukayo Saka to open up the Magpies. The England international made his way brilliantly past two Newcastle defenders before sending a low drive aiming for the far bottom corner. It was a comfortable save for Dubravka.