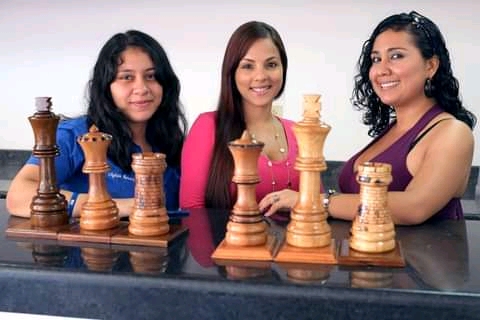 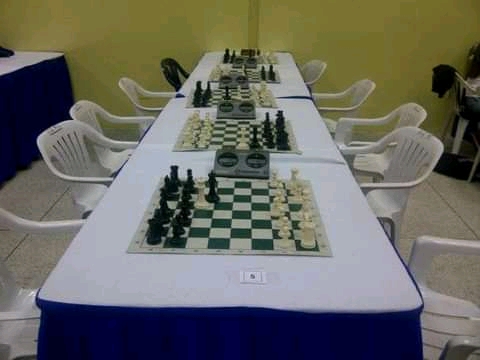 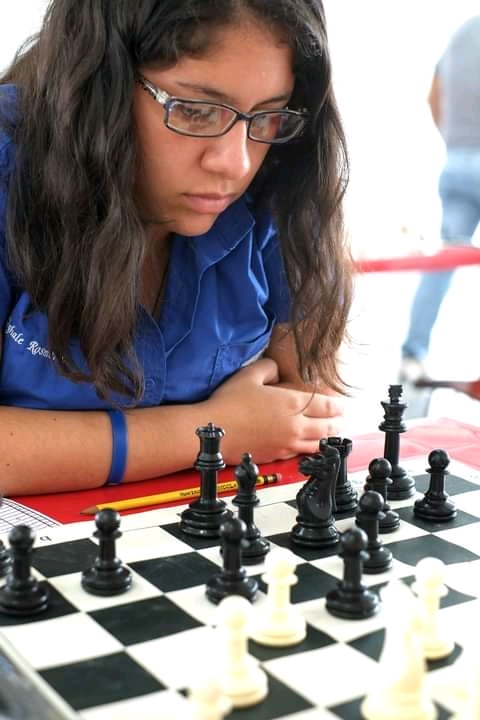 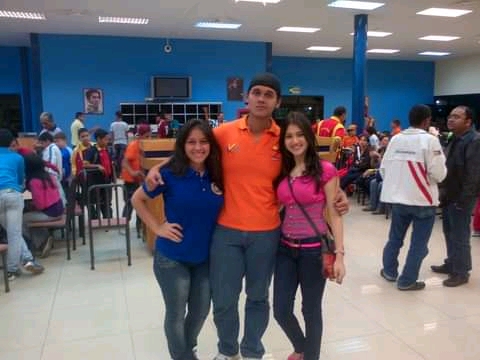 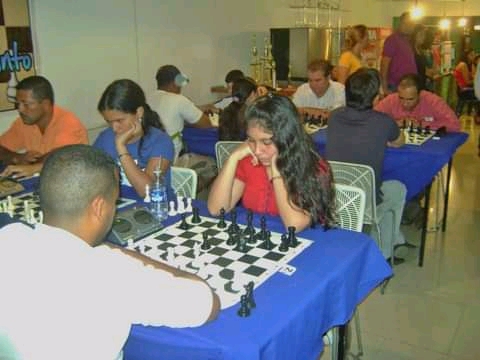 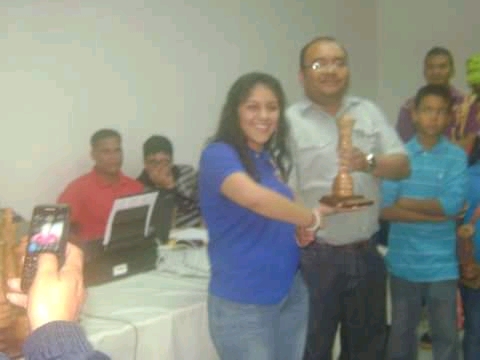 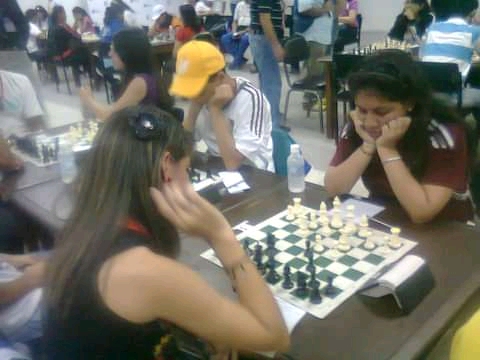 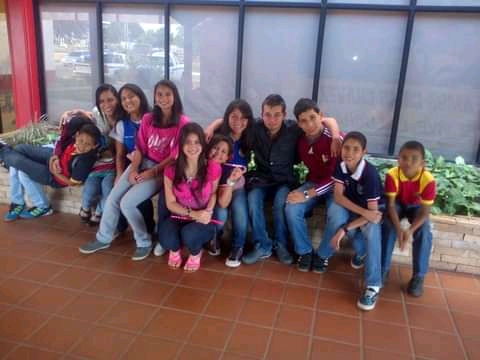 Hello my HIVE friends! Warm and harmonious greetings to all of you and to the #fulldeportes community. I take this new opportunity to thank you again for your welcome, I really appreciate it very much. I want to continue telling you more about my steps in the world of 64 squares, this time I will tell you how I joined the Dama Blanca club, how I won my first trophy and how I learned about the existence of state and nationals.

As I told you in the previous post, my beginnings were in the cunning pawn with Professor Argenis Itanare and Ricardo "Michi" Rodriguez, very well, I continued attending my chess classes and learning every day a little more and progressing in my game. One day we found out by rumors that the club Peón Astuto was not registered or did not comply with the legal statutes to be considered a club, Professor Argenis did not have the club registered, therefore, my parents decided to withdraw me with deep regret. I was accepting the situation in the most healthy and prudent way at my young age, by this time I was already 9 years old. A few weeks later my dad was told that there was a chess club two blocks away from our house, my dad gave the information to my mom and me respectively, when my dad explained to my mom in detail the address, they realized that they knew the address and even more the people who lived at that address. Friends, with all this information for my parents this was the letter of invitation to enter the ranks of the Dama Blanca club.

I was able to hit it off very well with the new group and begin to develop new friendships.
As the days passed, weeks even, another tournament arrived. This tournament was organized by the Dama Blanca club and held in Cantaura, it lasted one day, just like the tournament in El Tigre, there were many people, many boards and many beautiful trophies. The difference with this tournament was that the tournament was by categories, here the women were divided into 4 categories: under 8, under 10, under 12 and under 14 female and in men in the same way.

As I was 9 years old, it was my turn to play in the U10 category, my first year, the tournament went smoothly and without any inconvenience. In my U10 category there were only 3 players, so I thought we would finish the tournament faster than the other categories since the other categories had more than 10 players.
In all chess tournaments and especially the children's tournaments there are breaks for the players to have lunch and rest a little, in that break we had the oldest daughter of Professor Alexander asks me:
-Rosmarly, have you seen your trophy?
My friends, my face was of astonishment and total confusion. I didn't understand what she meant by that at all. She of course laughed at me and told me that I had already won a trophy, I was still in shock because I didn't understand her words at all. She asked me to go with her to the awards table, where all the trophies were and she stopped at the trophies for the U10 female category, right there were 3 trophies (1st place, 2nd place and 3rd place) she pointed to the third place trophy and told me that was mine. I was so surprised and confused at the same time because in my mind I was thinking:
-How could she be so sure about this?
She was still very giggly and cheerful and said to me:
-In your category there are only 3 players there are no more, therefore you already have a trophy won, it's your first trophy, look at it!

Before my surprised face she just laughed and explained to me that when there are categories in which there are few players, as was my case, it was necessary to make a double round to make a 100% performace, all categories played 7 rounds and we only played 6 rounds. I made only two points, but the joy and happiness of having won my first trophy (no matter that we were only 3 players) was immense, I was in a state of pure happiness, it was my first trophy (to this day I do not know how many trophies and medals I have managed to get). The tournament ended successfully, and we continued working in search of further improving our chess. As the days went by, the teacher Elizabeth told me that there would be a sharing and that we could all go but that it was necessary that all the representatives collaborated for its realization, and that I should transmit the information to my parents. I gave the information to my dad and he told me that it was okay, the day we went to bring the collaboration my dad was talking to teacher Elizabeth and his son greeted me and started talking to me. He told me that the sharing was not going to take place, I felt sad about the news, I asked him why the sharing was not going to take place and he told me: -Today we are going to Maracay, we are going to play the national, we will be back in a week. At that moment, my dad had already finished talking with the teacher Elizabeth, she greeted me and told me: -Let's go to the national Rosmarly, keep practicing so that next year you can go.

Photo by the author

The days passed, and I resumed my classes at the Dama Blanca club 2 weeks after the nationals, the boys returned with positive results but they had to make more effort to be able to enter the podium. In those weeks everything was focused on seeing the development of the national games, what were the mistakes, failures in strategic plans, etc.. I was attentive to every explanation and correction that Professor Alexander made in each game that we were studying and making the greatest effort to memorize and understand everything he explained to us in each situation. I felt the need to ask the guys what to do to go to the national, I waited for the class to end to talk to them and ask them all my questions. Once the class was over, I talked to the kids and asked them how was the selection process to go to the nationals. They all said that first you have to play the children's state championship, and from there you get the state team to represent Anzoátegui in the national championship. They explained to me that the estadal is like the tournament where I won my first trophy, which is divided into 4 categories: under 8, under 10, under 12 and under 14 for boys and girls respectively; from there the first 3 places in each category are the ones that qualify for the national. The first place, for being the champion, has all expenses paid, the second place has half of the expenses paid and the third place receives an endorsement from the association which gives the authorization and accreditation to represent the state, but must cover their expenses. Therefore the boys told me that it was necessary to be among the first 2, that almost always the 3rd places did not travel because of the high costs. And that in the state championships they had to face very strong players from the different municipalities of the state of Anzoátegui, and that the state championships are held once a year as well as the national championships.

With all this new information in my head, I was determined, for the next year I would play my first stadium and I would train with a lot of constancy and discipline to get into the top 2 places in my category and thus be able to play the national children's national.

Congratulations @rosmarly! You have completed the following achievement on the Hive blockchain and have been rewarded with new badge(s) :

Isn't it amazing when one door closes how a new one opens. Thank you for the reading opportunity.

Yes, it is wonderful. You always have to be optimistic and have a positive mind.

@samostically 65
about 2 months ago (Edited)

I shared my own story recently but it was really nice reading your chess story. you have really become strong at chess. And it nice meeting you on Hive.

@samostically 65
about 2 months ago