Barcelona lost to Valencia in preparation for Valencia

Ansu Fati explained once again in a magical performance why he is called the successor of Lionel Messi in Barcelona.

Barcelona left the field with a 3-1 win against Valencia in La Liga yesterday. Fati scored a spectacular goal in the team's victory, the second goal came from a penalty.

Barcelona was invited to host Valencia at the Nou Camp yesterday with the memory of the losses in the previous two matches. For the first time since the Corona epidemic, on the day 100 percent of the spectators were allowed to enter the field, Barcelona was calling for another defeat when Jose Guaya put Valencia ahead. 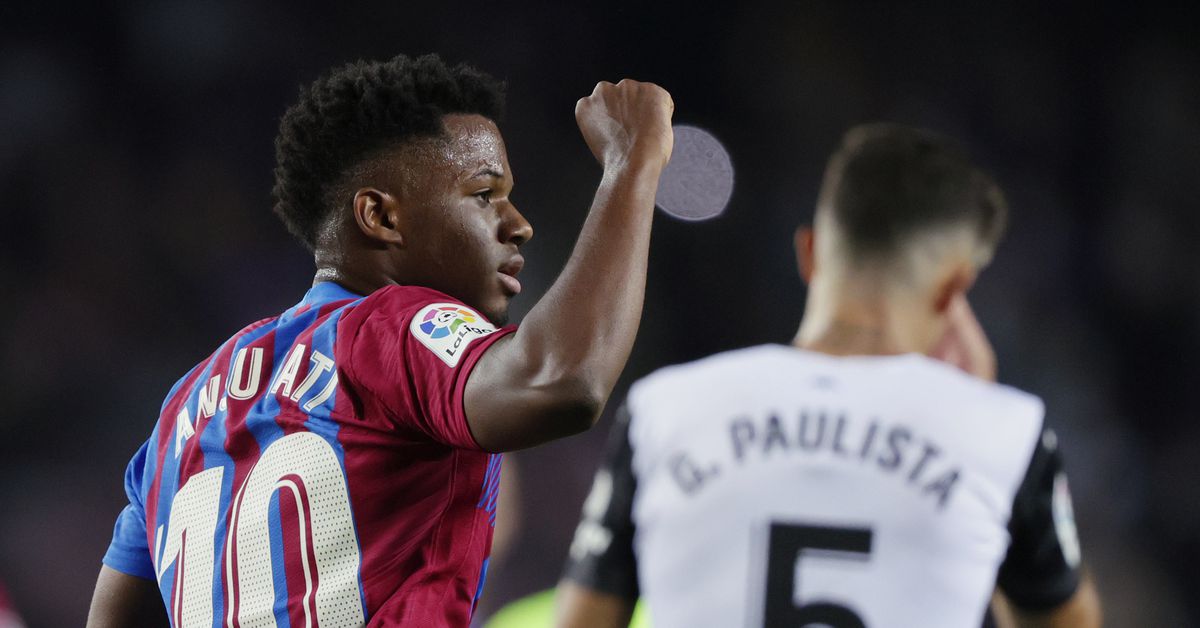 In the 4th minute of the match, Gair found a bullet speed shot from outside the D-box. However, Barca quickly repaid that goal. In the 12th minute, the Catalan club returned to the match in the duet of Memphis Depai and Fatir. Fatio D scored the dazzling goal in the perfect placement from outside the box by giving and taking the ball with Display.

Before the end of the first half, the hosts pulled the reins of the match and scored the goal. The referee blew the whistle for the penalty by illegally throwing Fati in the D-box. The Dutch star Memphis sent the ball to the net with a strong shot from the spot-kick.

Not only the great understanding of Fati-Depai, but Barcelona also got a lot more from the Valencia match. Sergio Aguero made his debut for the Catalan club with this match yesterday. Left-back Jordi Alba has played great back from injury. And for the first time since November last year, Brazilian star midfielder Philippe Coutinho got a chance to celebrate.

He scored the last goal for Bara. The offensive midfielder easily beat the goalkeeper in the 84th minute with a ball from Sergio Dest. Barারa's next league match is against arch-rivals Real Madrid. In this victory, the Blaugranas made great preparation for that match. 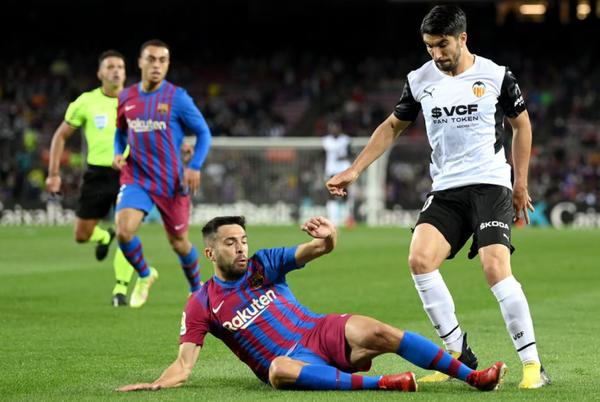 Barcelona came up in the points table with a win against Valencia. They now have 15 points in 6 matches. Real Madrid, Sevilla, Atletico Madrid, and Osasuna are in the second to fifth position with 16 points each. Real Sociedad are now table toppers with 20 points after playing more in one match than the others. 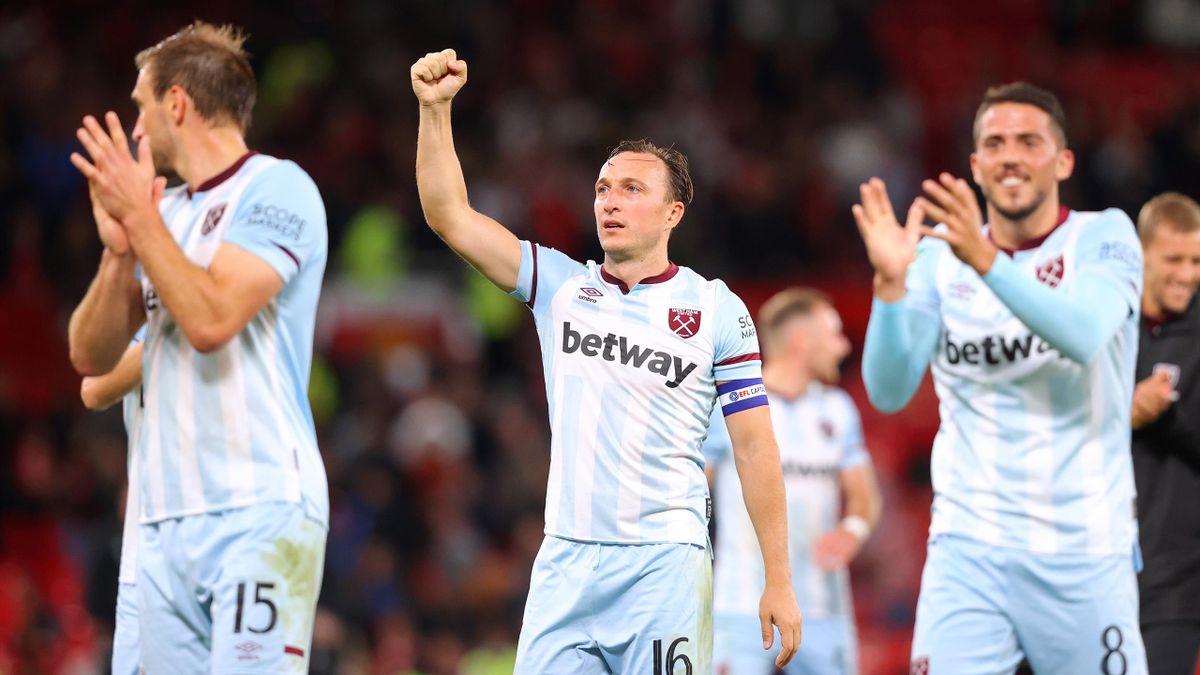 What else can it be called except madness? The last 13 minutes, and in that time the spectators at King Power Stadium saw 4 goals. Of which 3 are his own. Leicester City won three consecutive games against Manchester United after 120 years.

Leicester played at home on Saturday with fond memories of being unbeaten in their last two matches against Manchester United. The Foxes now play great football under Brendon Rogers. But the opponent is stronger. Cristiano Ronaldo has been the star of United this season. However, the Red Devils lost to Leicester 4-2.

Only two goals were scored in the first half. United's young Turkish Green Masonwood took the lead in the 19th minute with a great left-footed shot from outside the box. The goal of Yori Tielsman, who equalized the hosts after ten minutes, did not go unnoticed. Manchester United's defender Harry Maguire forgot to get the ball to Kelechi Iheanacho. Tielsman's first touch shot from his pass took a turn and went into the net.

The Leicester-United footballers were impeccable in the attack. In counter-attack, the ball is at one end, then at the other end. However, it was not just a goal. That drought was cut by Kagla's Sayunchur goal. The defender put a smile on the faces of the home fans by sending the ball to the net from the corner in the 6th minute.

Although that happiness lasts only three minutes. Marcos Rashford scored a great goal for the first time in the season. When the United fans were counting down the hours to leave the field with one point, Jamie Verdi's goal came like a shell to their chest. Verdi took Leicester ahead for the second time with a perfect finish with the help of Ayoze Perez without cutting the rash of Rashford's goal.

Patson called for the last nail in United's coffin as he tried to get back into the match. He got the ball near the goal line from a free-kick during the injury. He had no trouble finding the net from a nearby post. As a result, after 30 matches, the Red Devils have to get a bitter taste of defeat in the next field.

On the same night, Chelsea had to work hard to win against Brentford, who were writing one fairy tale after another. Ben Chilwell's lone goal in the first half gave the Blues three points. However, the team's goalkeeper Edward Mendy has no less credit for this victory. He was great that day with gloves on. He became the hero by blocking 6 shots in the goal of Brentford footballers with a faithful hand.

Despite the difficulty of the victory, Chelsea was able to hold the top spot. At the end of 6 matches, they now have 19 points. Breathing on their necks, Liverpool scored 16 points. Three Manchester City with 16 points. Meanwhile, Manchester United (14 points) dropped to five points in the table after losing to Leicester. Leicester is in 11th place with 11 points!