Football News :- Messi hits the bar and suffers first loss in France as PSG go down 2-0 at Rennes

Paris Saint-Germain (PSG) could have taken the lead. They got a free kick at the end of half an hour of the match. Argentine magician Lionel Messi took a perfect free kick, beating the opposing goalkeeper. But the goal bar stood in the way. For that reason the desired goal was not found. 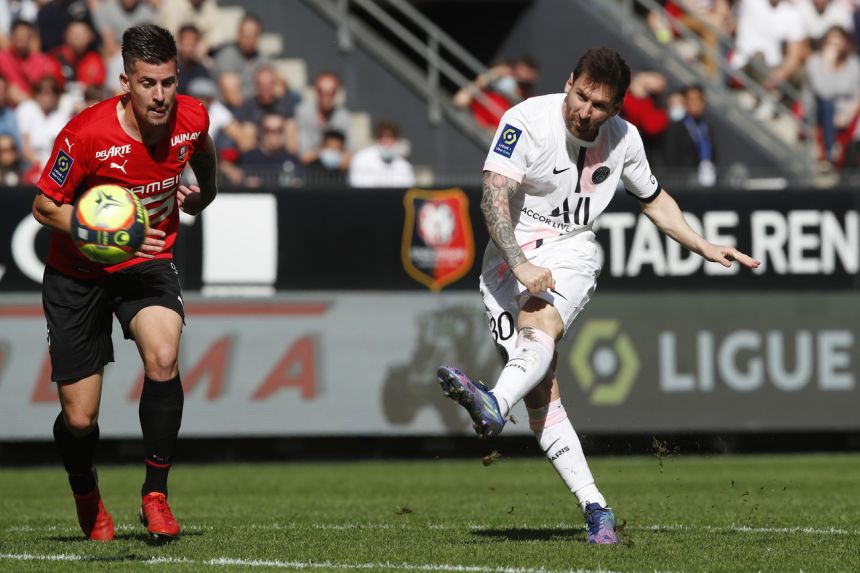 On the day of Messi's return to the free kick bar, the fate of PSG was not at all. So even if the ball is caught in the net in the second half, it is canceled due to offside. PSG could not score any more goals in such a fateful match twice. However, the opponent did not sit down. The star-studded PSG lost by two goals in two halves.

Whether or not he scored after leaving Spanish club Barcelona to sign for PSG, Messi did not get to see the defeat at least. He also saw his first loss in the PSG jersey in the French League One match today (Sunday). PSG lost to Ren 0-2. 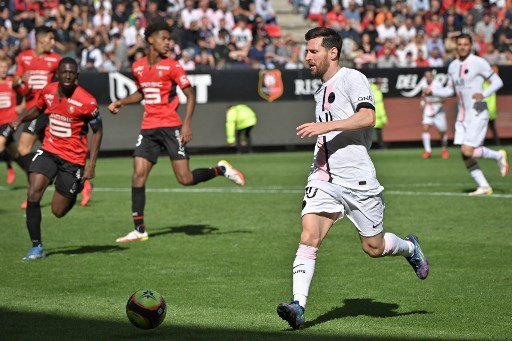 PSG has tried to score at least 13 times in the match played at Ren's ground. But they could not aim a single shot. Mauricio Pachettino's disciples were even ahead in the fight for possession. But the team at the bottom of the table won the match by scoring a goal.

In the 30th minute of the match, Messi was fouled outside the D-box and the referee blew the whistle for a free kick. Messi took the usual curved shot from about 25 yards, beating the goalkeeper. But the ball goes out after hitting the crossbar, Messi was deprived of the goal. Mbabane failed to score from Messi's pass five minutes ago. 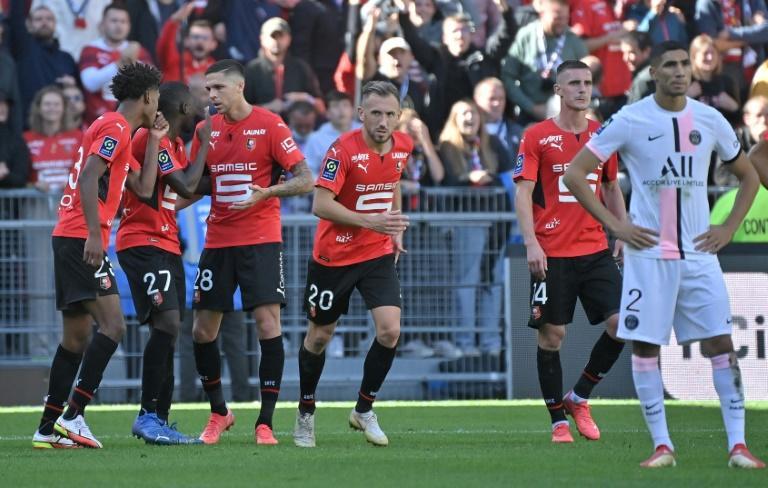 Although the PSG stars failed, Renেনে did not make a mistake to take the lead just before the break of the first half. Contrary to the style of play, the hosts attacked from the left side. Suleiman gave a great cross in the D-box by bypassing Ashaf Hakimi. Gaitan Laborde, who was waiting there, led the team with a great shot.

Later in the second half, PSG did not take a single minute to increase the gap. After the resumption of the game, the hosts shocked PSG. This time the goal provider is Laborde. The rest of the work was done by Saren Flabien Tait as he was pushed forward from the right side. Renেনে went ahead with two goals.

PSG could not give up even after digesting two goals in two minutes. They continue to attack one after another. But the goals did not match. Finally, in the 6th minute, Mbabane gave a great finish by having a one-on-one with Angel Di Maria. But the goal was canceled as he was offside at the beginning of the attack.

Ren could have increased the reverse distance. The referee awarded them a penalty in the 72nd minute of the match. However, the video assistant referee overturned the penalty decision. Due to which the gap between the defeat of PSG has not increased.

However, even after this rate, PSG is definitely at the top of the points table. They collected 24 points in nine matches. The lens at number two has 16 points in an equal match. Ren র, who gave PSG its first defeat, is at number seven with 12 points.

Portugal will 'give life' to beat Argentina in the final

The FIFA Futsal World Cup is coming up tonight. Portugal will face defending champions Argentina in the final at the Lithuanian Jalgiris Arena. Argentina won the title in the 2018 World Cup. On the other hand, the Portuguese stood in front of the first title. 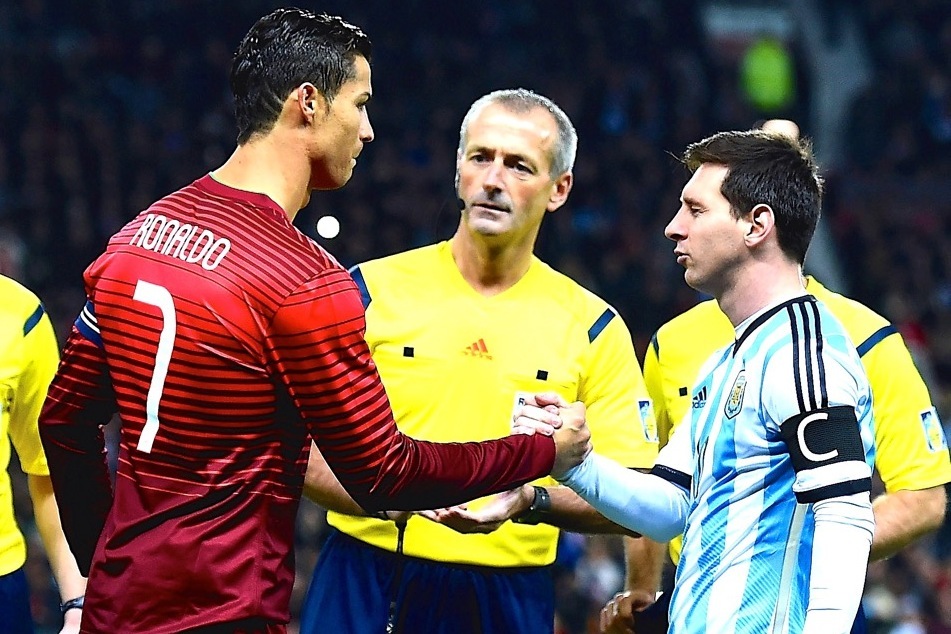 Respecting the strength of the Argentine team, Portugal's Hoao Matos said that they will give their lives to win the final and win the title. In an interview with FIFA.com before the final, Matos spoke about his chances and opponents as Argentina.

The sweetest result of our work was winning the Euro. The standard of playing in the World Cup is much higher. You can see how balanced the teams are. The strength of the less powerful team is also much higher. '

He added, ‘Every match is much more difficult. We won three matches in overtime. We won the matches by playing with heart and through personal craft and team planning. We are ready to give our lives to make Portugal champions.

The current Euro champions are eyeing the World Cup this time around, ‘I dreamed a lot about this title. I have won all the big titles except the World Cup. I am not the only Portuguese player in this situation. Winning the World Cup is the ultimate achievement in the career of any player. I'm sure everyone else will say the same thing. "

They are at a different level than any other team in the world when it comes to competition. Losing to Argentina is really hard. It's hard to see them play badly. That’s why they’ve had so much success in recent times, that’s why they’re world champions.

The Portuguese star, who is reluctant to accept Argentina as his favorite, said: "They make fewer mistakes than any other team. Their biggest strength is the unified game. But we are also European champions. The game will be five against five. Honestly I don’t think anyone has favorites. It can go to anyone. "

This has happened so many times that Messi hits the bar with a free kick, such an unlucky but yet the most Humble player.

I never expected this, really. I felt this would be an easy one for PSG.