Hafeez withdrew from the Bangladesh tour

Hafeez withdrew from the Bangladesh tour

Hafeez has stepped aside to give a chance to the relatively young players in the Bangladesh tour. Hafeez could be replaced by 31-year-old all-rounder Iftikhar Ahmed, according to CricketPakistan.com. Pakistan will come to Bangladesh to play the bilateral series for the first time after 2015. Hafiz was on a tour about six years ago. He also scored a double century in the Test series. But now that he has reached the end of his career, he is in favor of giving opportunities to the youth.

The final match of the current World Cup will be played on November 14. If they can reach the final, Pakistan will come to Bangladesh after playing that match. Later, the T20 series will start on November 19. The next two matches will be on November 20 and 22.

The owner revealed the secret behind the record-breaking fifty

Despite not being a hot favorite at the start of the current T20 World Cup, Pakistan is now one of the title contenders for the tournament. They are the only team in the Super Twelve to have won all five matches.

The 2009 world champions topped Group 2 by defeating Scotland by 72 runs on Sunday thanks to a fifty from captain Babar Azam and Shoaib Malik. As a result, they will face Australia in the semifinals. 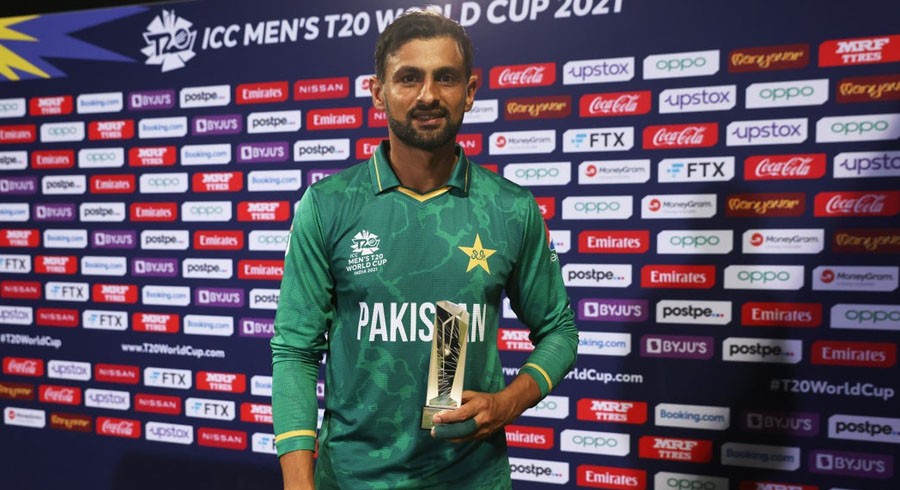 Pakistan scored 129 runs in the last ten overs of the match. 65 runs came in the last five overs and 46 runs came from the last 15 balls. The main credit goes to experienced all-rounder Shoaib Malik.

Malik hit a six off the last ball of the innings and made fifty off just 18 balls. He had four and six sixes in his innings. This is the fastest fifty record for Pakistan in T20.

Revealing the secret behind this record-breaking fifty at the end of the match, the owner said, 'In other matches, we have seen, if you don't lose wickets first, you have a good chance to collect. We were discussing in the dressing room, we have to score at least 150 runs and we can't lose wickets fast. '

He added, 'In these wickets, you play six or eight balls. Then you can play your normal game. This will make you more confident in the tournament. I'm in good shape. I want to see myself more consistently help the team. '

Australia is going to tour Pakistan after 24 years 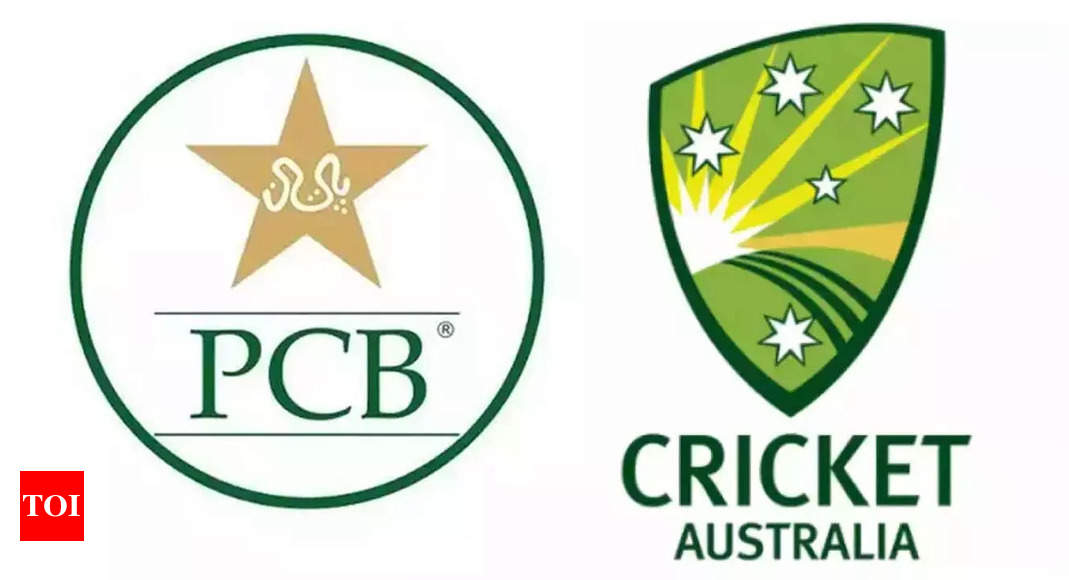 Australia may have forgotten that cricket is also played on Pakistani soil. This time they got the opportunity to refresh those forgotten memories. The Australian cricket team will tour Pakistan in March next year after almost two decades.

The news was confirmed by the Pakistan Cricket Board (PCB) on Monday. The PCB has also announced the full schedule of the tour of Australia. The Aussies will play three Tests, three ODIs, and a Twenty20 in the full tour. They last visited Pakistan in 1998.

The ODI series will start on the 29th of the same month. The next two matches are on March 31 and April 2. Australia will end their tour of Pakistan on April 5 with the only T20 match. All the matches of the ODI and T20 series will be played in Lahore.

Personally, it is a great pleasure for me that there will be three Test matches. They will come to our country after about 24 years, it is also a big find for the visitors. 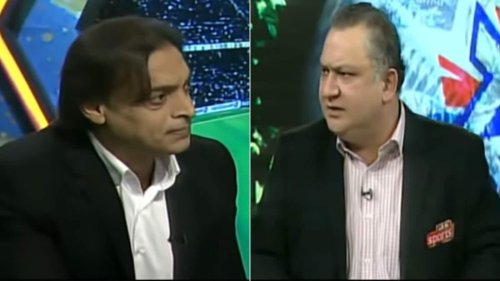 He left the game a long time ago. However, Shoaib Akhtar could not give up the habit of coming up in the title again and again in his playing life. The last addition to this is the case!

Pakistani television channel PTV has sent a legal notice to Shoaib Akhtar for violating the sports contract. There have also been cases. PTV Sports has demanded more than Rs 10 crore from Shoaib for breach of contract and defamation.

Shoaib was a guest on an Indian television channel in Dubai. After that, the notice of defamation case went to 'Rawalpindi Express' from the Swadeshi channel.

Shoaib's main feud with PTV started after Pakistan's win against New Zealand on October 28. Noman Niaz, the presenter of 'Game on Hai' on the channel, asked Shoaib Akhtar to leave the show during a discussion. Shoaib later left the show feeling really humiliated.

Since then, Shoaib has not been seen on the show. But he had an agreement with PTV. According to media reports, Shoaib was absent from the T20 World Cup and lost his job without any notice, causing a total loss of over Rs 100 million.

However, Pakistan's legendary fast bowler Shoaib is not giving up easily. After receiving the legal notice, he tweeted, 'Very disappointing. They (PTV) sent me a (money) recovery notice. But I am a fighter, I will not give up. Let's go to the legal battle. Lawyer Salman Khan Niazi will fight in court on my behalf. 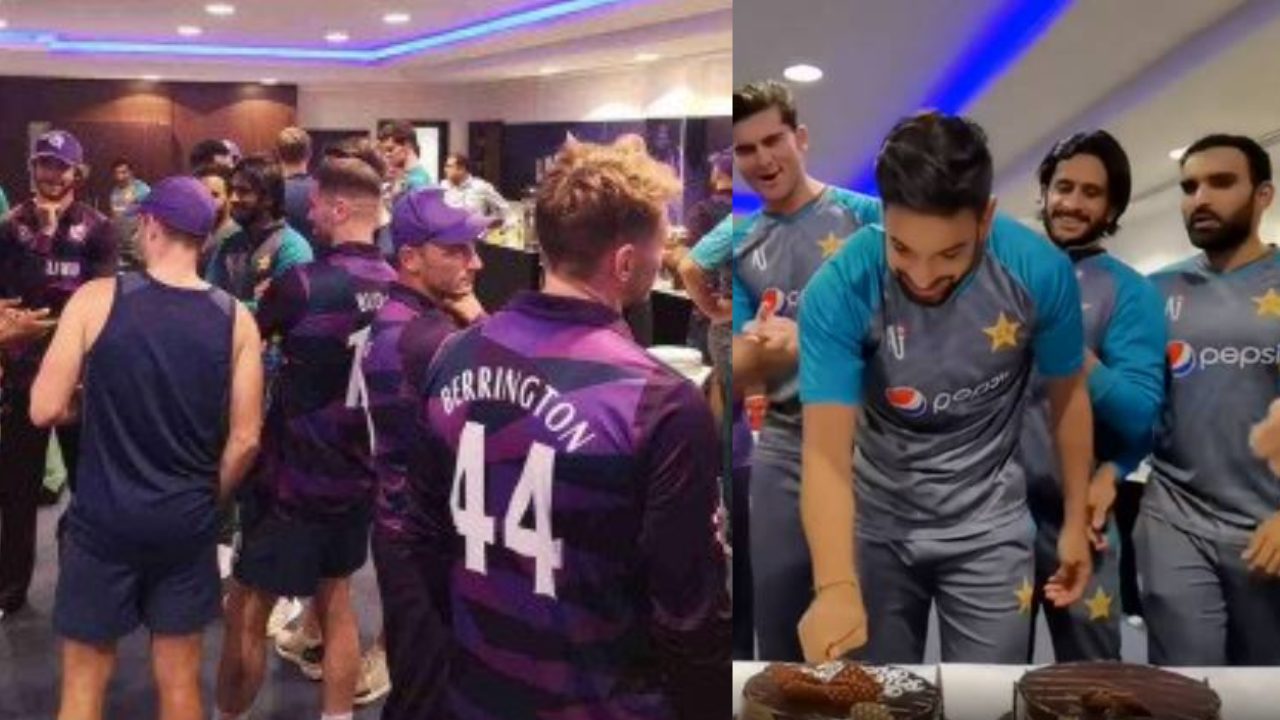 Pakistan's Jayarath is running on the field. Babar Azam's side has reached the semifinals of the ongoing T20 World Cup as the only unbeaten team from the Super Twelve with five wins in a row. However, not only with the performance on the field but once again the cricketers of the team praised the supporters for their off-field behavior.

Sunday was the 26th birthday of Pakistani fast bowler Harris Rauf. Harris' birthday was celebrated by cutting a cake in the dressing room after the Pakistan-Scotland match in Sharjah. Opposing Scottish cricketers were also invited. Harris cut the cake with them.

Harris first cut a birthday cake and handed it to a Scottish cricketer. Then this fast bowler also fed his teammates. ICCB, including PCB and Cricket Scotland, shared videos of Harris' birthday celebrations on Twitter.

Earlier, Pakistan had once again set a unique example of the cricketing spirit in the ongoing T20 World Cup. After the match in Abu Dhabi on November 2, Pakistani cricketers rushed to the Namibian dressing room to congratulate them.